ALL ARTICLES
Home Blog FinTech How To Build a Self-Sovereign Identity Wallet?

How To Build a Self-Sovereign Identity Wallet? 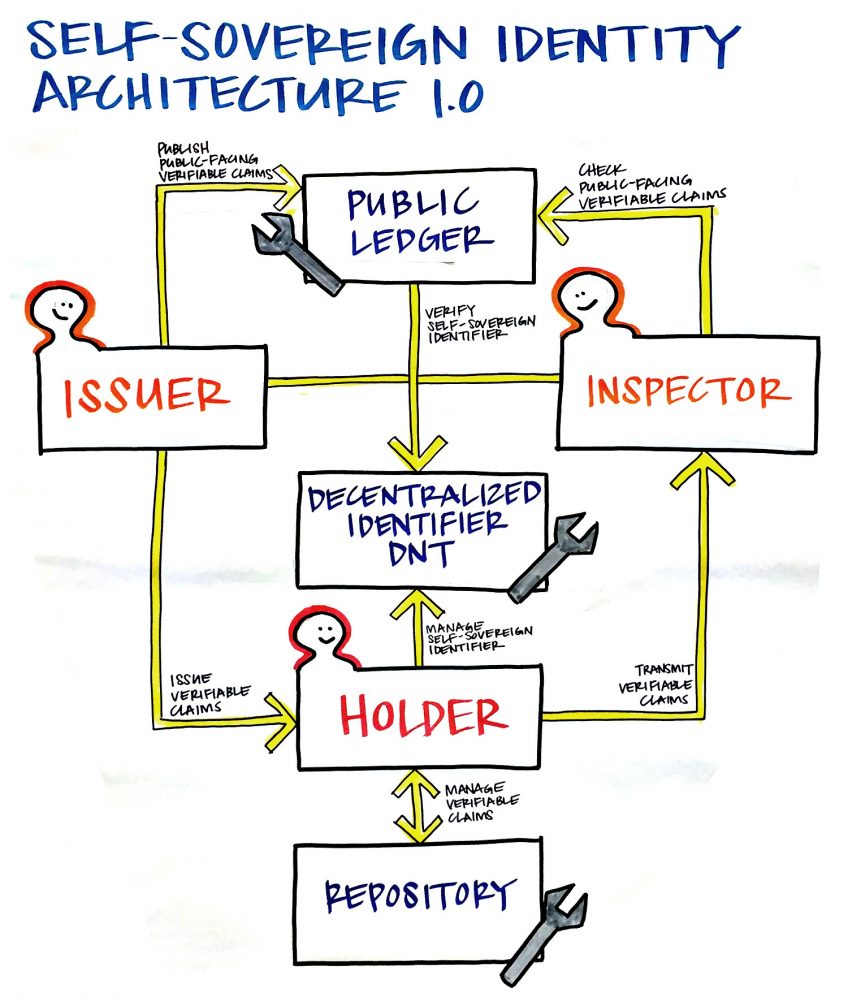 In this guide, I will describe the process to build an SSI wallet using Hyperledger Indy. Indy is one of the several Hyperledger consortium projects in various stages of development.

Hyperledger consortium is a group or major industry players like IBM, Cisco, American Express, etc. that works on developing enterprise blockchain. Read more about Indy in the Hyperledger Indy webpage.

I will explain the process using a sample project. In this case study, a fictitious college student graduates from a fictional college and applies for a job at a fictional company.

She then applies for a car loan in a bank. The student intends to use her college transcript as proof of her education when she applied for the job. She would then use her employment details to prove herself creditworthy for the car loan.

As things stand today, she will find this process slow, complex, and invading her privacy. She will also notice how the process isn‘t secure. Read about the case study in “Getting Started with Libindy”. Throughout this guide I will refer to it multiple times for commands and code snippets, hence, let’s call it the “Reference case study”.

In the case study, the name of the student is Alice, the name of her college is Faber college, the company is Acme Corp, and the name of the bank is Thrift bank. We will refer to these names in this guide. Also, since I want to show the process of creating the SSI wallet, I will describe commands used in the SDK and not screens of the app.

Alice gets to know that her college is offering digital transcripts, and interacts with the college as follows:

Read more about these interaction steps in the reference case study.

Setting up trust anchor credentials for Faber, Acme, Thrift, and the government:

Each identity records are linked to one unique ’decentralized identifier‘ (DID), which the distributed ledger resolves it without any centralized authority. An identity owner can own multiple DIDs.

The Indy ledger is public permissioned, and if you want to publish DIDs, you need to become a ’Trust Anchor‘ on it. This signifies a facilitator role where the ledger already knows about a trust anchor.

In our example, ’steward‘ roles were already set up, and the different entities need to contact the steward.

Connect to the Indy nodes pool:

You can use ’create pool‘ and ’open pool‘ commands to create a named pool configuration and connect to it. Check the commands in the reference case study.

Get the ownership of Stewards‘ Verinym:

To enable you to learn easily, in this example project, the ledger already stores some steward Verinyms. You also have the seed values to generate keys for these NYMs. Using these you can restore signing values for those DIDs, and get the DID ownership.

Libindy enables you to create wallets where you can store DIDs, keys, etc. You need to create a named wallet by using the ’create wallet’ command and open it with the ’open wallet‘ command.

You can now create DID and store it in the wallet by issuing ’create and store my DID‘ command. Refer to the reference case study for commands.

The next step in creating a blockchain-based self-sovereign identity wallet is the onboarding of entities. Faber, Acme, Thrift, and Government need to now establish their individual connections with the steward.

Each connection is a pair of DIDs that only the two parties in the connection know, but no one else. ’Onboarding‘ is this process of setting up connections.

The entities need to do the following:

Faber is now connected to the steward. Other entities need to follow the same process. Read more about the code in the reference case study.

This is a base schematic structure that specifies the list of attributes that a credential can have. You can’t update an existing schema if the attributes change then you need to create a new schema.

Any trust anchor can create and save a credential schema in the ledger. They do it by issuing the ’create schema‘ command.

Alice gets her transcript from the Faber college:

A college transcript is a credential and has some information about the identity of the student. In our example project, Alice needs to get this credential, and the Faber college needs to issue it to her.

Faber college establishes a connection with Alice and has a credential offer for her, to issue her the transcript. As you can understand, Faber college is a credible issuer for this credential, and Alice needs it to prove claims about her education. They will need to communicate, and their messages in Indy are encrypted using an authenticated-encryption scheme.

However, she needs to create a master secret to receive her own transcript. A master secret combines data from multiple credentials and is unique to an entity. Alice creates a master secret and stores it in her wallet, using the commands specified in the reference case study.

Faber college creates both raw and encoded values for each attribute for Alice‘s transcript, and then sends the transcript to Alice. Alice received it and stores in her wallet. You can see the commands in the reference case study.

In the next phase of our project to explore self-sovereign identity using blockchain, Alice is applying for a job with the Acme Corp. She visits their website and clicks the job application link, and as a result, an Indy connection request is downloaded into the browser. Alice establishes a connection, using the same process I have described above.

Alice will now have to respond to Acme for the job application proof request. In this example, the request has some verifiable attributes such as degree and graduation status. It also has some that need no verification such as first name and phone number.

Alice segregates the request into three categories of attributes:

She has her transcript credential already, which provides her with the values for the verifiable attributes. Now, she needs to get the credential schema and definition like she did before while applying for her transcript. She sends her response to the job application proof request.

Acme now receives her application, and they need to verify it. They also must get the credential schema and credential definitions for all credentials Alice has supplied, and then they are ready to verify her application. Check the commands in the reference case study.

In our project to explore blockchain self-sovereign identity, we will now see Alice applying for a car loan citing the proof of having a job with Acme Corp. For this, Alice needs to apply for a job certificate from Acme Corp.

Alice will apply for a car loan with the Thrift Bank, and they need to see proof that she is employed, and meets a certain salary level requirement. Hence, she first establishes an Indy connection via their website loan application screen.

Alice segregates her credential information in her wallet and sends the employment proof only to the Thrift Bank first, to prove her eligibility. Upon verification by the bank of her eligibility, she sends her KYC credentials. For the KYC proof, Alice uses her college transcript.

Alice uses a process like the one she had used while proving her academic credentials to Acme Corp. See the commands in the reference case study.

This completes the example project to create a self-sovereign identity wallet. You can view the Indy SDK code in their GitHub repository.

The example project I mentioned has only a few functionalities and a limited number of entities. Your self-sovereign identity wallet development project could be more complicated, and your cost will vary depending on the manpower cost in your geography.

Blockchain is a new technology, and Hyperledger Indy is very new too. While you may have UI/UX developers and testers in your team already, blockchain developers charge a high price, because it‘s a niche skill. Consider getting professional help.

What is an identity wallet?

An identity wallet is an application that allows users to log into other applications easily. In effect, it allows for a single login for all authorized apps once the persons ID has been confirmed.

What is a good ID wallet app?

Is there an identity wallet blockchain solution?