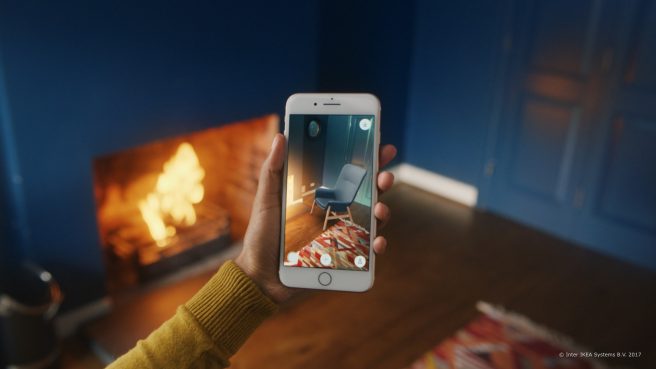 Do you want to know what is AR technology? Read on as we discuss augmented reality technology in detail.

AR is a modern technology, which helps in integrating digital information with the actual environment of users. AR systems achieve this integration in real-time.

The following quick facts about augmented reality are relevant here:

Thomas Caudell, a researcher with Boeing came up with the term “Augmented Reality” in 1990.

A very popular example of augmented reality is the heads-up display in automobile windshields.

You can read “Marker – Augmented Reality” to learn more about augmented reality markers.

AR markers are visual cues, and these trigger the display of the above-mentioned digital information. Markers can be images or small objects.

Developers “train” the app to recognize them in the camera stream, therefore, the camera sends information about the marker to the app.

This information stream includes the position, scale, and rotation of the marker.

The augmented reality app then processes the information feed from the marker, and it places the appropriate images in a layer on top of the image of the actual environment.

What makes AR so powerful?

The wide range of images or other contextual information that AR apps can process makes AR quite powerful. An augmented reality app could potentially work in one or more of the following ways:

Framemarkers: The app will recognize rectangles in pictures.

Image/NFT: In this case, the app will use a “Natural Feature Tracking” (NFT) marker. These are images, without the need for a black border.

GPS markers: Users’ GPS location is the marker in this case.

Object markers: The app can use small objects as 3D markers.

Marker-less tracking: This is a more advanced form of AR, where the application recognizes things without being “trained” with that before.

There are other ways in which an AR app could work, e.g., processing multi markers, RFID tags, etc. You can read about it in this Stack Overflow Q&A thread. As you can see, augmented reality is a versatile technology!

The market for augmented reality

As more and more businesses discover the value augmented reality offers, the market for technology is growing. The following statistics illustrate this:

From $3.5 billion, the global market for augmented reality will likely reach a whopping $90.8 billion by 2028, according to a GlobalNewsWire report.

Industry observers estimate that there will be 1.7 billion AR devices by 2024, moreover, AR revenues will surpass “Virtual Reality” (VR) revenues by then.

AR: A technology that doesn’t cost too much!

AR is quite powerful, however, it doesn’t cost too much! The budget requirements for developing augmented reality apps are reasonable, and the typical development schedule doesn’t stretch too long.

You can read more about these advantages in “Buzzword decoder: Embedded augmented reality markers and markerless AR”.

There are several reasons behind the reasonable cost of Augmented Reality, e.g.:

Developers most often create Augmented Reality apps for mobile phones, and there are cost-effective ways to develop mobile apps.

Programmers can use Android and iOS “Software Development Kits” (SDKs) such as the ones offered by Vuforia.

You can read this Quora Q&A thread to understand these reasons in-depth.

There are important enterprise augmented reality use cases, e.g.:

Repair and maintenance of complex equipment: Maintenance personnel is nowadays using AR headsets and glasses to perform their job, and they get highly useful information.

I have explained this use case earlier in “How to build a home design app like Design This Home”.

Tourism: Travel and tourism businesses can use AR to enable users to have an immersive experience of their destinations via a head-up display or AR-enabled glasses like Google glass before they travel.

Entertainment: We all know about the famous AR game Pokémon Go. Entertainment brands can use AR to give an immersive experience to their viewers, which increases user engagement in a real environment.

Are you ready to invest in the lucrative augmented reality industry given the rate of its expansion and its expected growth in the coming years?

Do you want to develop AR software to take advantage of the lucrative industry opportunities?

Read our blog on how to partner with a development company for your AR application project.

If you are still looking for talented developers for your current team, you can enhance it by outsourcing top-quality developers from DevTeam.Space.

Get in touch with us via this form, and one of our account managers will get back to you to discuss in detail how our field-expert community of developers and managers can help you with developing an AR application with your own AR content.

Augmented reality is the integration of digital information with the user’s surroundings in real time. It adds generated perpetual information over the real-world environment.

2. What is augmented reality used for?