The Only Way to Convert APK to iOS IPA 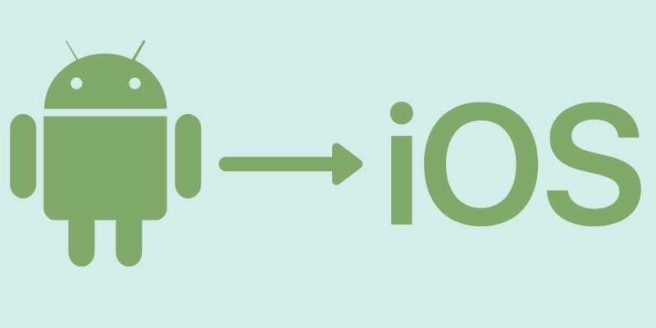 Do you have an Android app for your organization, and do you want to convert it to an iOS app? You might have wondered whether you can convert APK to iOS IPA.

You can’t do that in any quick or automated manner. In this guide, we explain the reasons. We also explain the only practical way for Android-to-iOS conversion, which is custom development.

Why you can’t convert APK to iOS IPA: The differences between Android and iOS development

You could conceivably convert APK files to iOS IPA files using a quick and automated method had there been similarities between Android apps and iOS apps. An APK-to-IPA file converter can be viable in that case.

However, such file converters can’t do much in reality. You have to contend with vast differences between Android and iOS development. These differences make it impractical to undertake a straightforward and automated APK-to-IPA conversion.

The key Android-vs-iOS app development differences are as follows:

iOS caters to iPhones and iPod Touch. Apple owns both platforms. You can’t use iOS on other companies’ platforms. On other hand, many smartphone manufacturers use Android.

Android uses a Linux-based kernel. The creators of Android designed it based on Linux. However, iOS uses a hybrid kernel. Its creators modeled the iOS operating system on Unix.

The Android architecture uses plenty of open-source software. iOS is more closed in this regard. Apple developers that created iOS built all libraries from the beginning.

Creators of iOS designed it for security. They customized the architecture much more than the creators of Android.

You commonly use Java to develop native Android apps. Kotlin, a relatively new language presents itself as another option. You find plenty of similarities between Java and Kotlin. Kotlin uses several Java libraries. You can also have Java and Kotlin code in the same Android project.

iOS developers earlier used Objective-C to create iOS apps. Later, Apple created Swift. Swift is a modern programming language with powerful features. It uses many of the strengths of Objective-C. However, Swift goes many steps further. It offers security, maintainability, performance, and productivity.

These programming languages make the best use of the hardware features of the respective devices. Java and Kotlin differ significantly from Swift though.

You used the Material Design guidelines when designing the user interface of the Android app. For an iOS app, you will need to use the Human Interface Guidelines.

The Material Design guidelines suit Android devices very well. On the other hand, the Human Interface Guidelines make the best use of the design characteristics of iOS devices. These differences impact the UI design fundamentally.

The differences between these guidelines go well beyond the look-and-feel aspects though. Developers need to know how to code in line with the platform-specific guidelines. They need to use the appropriate coding best practices. You can’t manage this complexity using an APK-to-IPA converter.

You need to use Android Studio for native Android development, whereas you use Xcode for native iOS development. Differences in development tools, frameworks, and libraries go well beyond that though.

Your team uses different tools, frameworks, libraries, and services for native iOS development. You need to use the Apple Push Notifications service for push notifications.

Cocoa Touch and Core Services are some of the other services/frameworks/libraries for iOS development. You can’t manage these differences with any tools to convert APK files to IPA files.

The only effective way to convert an Android app to an iOS app: Custom development

Now you know why an automated tool to convert APK files can’t help much. You need to look beyond just converting Android APK files to iOS IPA files. Undertake a custom software development project to convert an Android app to an iOS app.

1. Onboard a project manager (PM) to lead the project to convert an Android app

Assuming that you plan to convert an existing Android app to an iOS app, you need a PM to kick off the project. You don’t plan to implement new features. Therefore, you don’t need business analysts.

Your high-level technical solutions don’t change either. As a result, you don’t need a software architect.

The PM will need to start with the following activities:

2. Obtain and study the relevant document from the Android development project

You need the PM to study these documents thoroughly. The PM should identify gaps due to missing information. You need to help the PM to get the required information and close such gaps.

3. Decide on the technology stack

You can develop the new iOS app using either Objective-C or Swift. We recommend you use Swift. This feature-rich language is very popular. You should Xcode, the IDE from Apple. Furthermore, you use XCTest for testing the iOS app.

For the other components of the tech stack, utilize what’s used in the original Android development project. You could reuse the following:

The PM should also cover the following aspects in the project plan:

You now need to hire competent people for the following roles:

You might wonder about the best option for hiring. Hiring freelancers could be an option that you explore. However, we don’t recommend you hire freelance developers.

An Android-to-iOS conversion project is a complex one. You need full-time developers with the right skills, experience, and competencies.

Freelancers only work part-time on a project. You never know whether they will allocate sufficient bandwidth to your project. You might find it to manage freelancers working in a different time zone.

Freelancers routinely look for more lucrative earning opportunities. They might leave your project mid-way. You don’t get any management support from freelance platforms, therefore, you need to find replacement developers.

We recommend you hire full-time developers from a hybrid software development company like DevTeam.Space. Such companies offer highly skilled, experienced, and motivated developers.

You get management support from hybrid software development companies. If a developer leaves the project mid-way, you get replacements from these companies. Trustworthy companies like DevTeam.Space also have the requisite Android-to-iOS conversion experience.

Complying with data security and privacy regulations: An important consideration

Depending on the industry you are in, you might need to comply with stringent data privacy and security regulations. Your developers have an important role to play in this compliance effort. After all, they deal with sensitive data during development and testing.

You will find it hard to manage these compliance requirements with freelancers. They work remotely, and you have very little control over them.

This is another reason for you to hire developers from hybrid software development companies. Companies like DevTeam.Space implement robust physical, technical, and procedural measures to uphold data privacy and security requirements. They routinely train their developers in this regard.

Focus on organizing your team for productivity. You are using the custom development approach in this project. Many PMs use the agile methodology for developing web and mobile apps, and you might do that too. You can then use the Scrum framework.

This framework utilizes small, cross-functional teams. Developers and testers work together in such teams. You need the PM to perform the “Scrum Master” role.

Scrum masters foster an environment where the team focuses on delivering sustained value to the client. They also encourage collaboration and open communication. Scrum teams are empowered teams.

You need the PM to do the following:

Want to convert your Android app to iOS? Hire competent developers from DevTeam.Space.

1. Since I build a new iOS app as a part of the Android-to-iOS conversion, which language should I use?

You should use Swift. It’s the modern programming language preferred by Apple for many of its platforms. You get many benefits if you use Swift, e.g., security, productivity, maintainability, and performance. The Apple app store optimization (ASO) of your app improves too.

2. When I create a new iOS app as a part of Android-to-iOS conversion, can I reuse any of the work done in the original Android development project?

You can certainly reuse the business requirements and functional requirements. Your team might reuse parts of the technical solutions. You can reuse the existing data model, database schema, databases, cloud platform, and some of the APIs. However, you can’t reuse the Java/Kotlin code.

You need a judicious mix of senior and mid-level developers in an Android-to-iOS conversion project. Such projects aren’t simple by default. iOS development varies greatly from Android development. You need a sufficiently experienced team to implement the exact functionalities of the Android app.