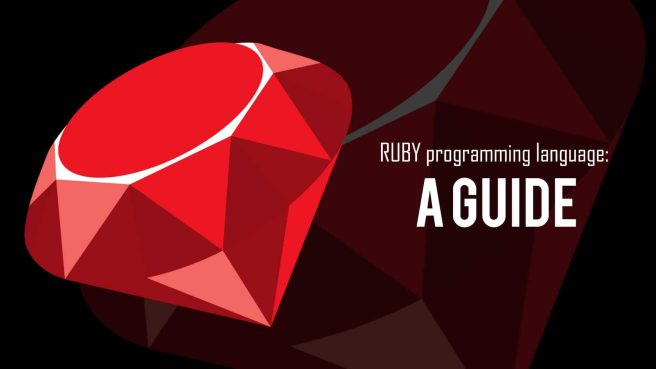 Are you interested in what is ruby? In this article, we will discuss what is ruby programming language, what are its benefits, how to learn it, etc. in detail. Let’s start.

Ruby is a popular open-source programming language. Here are a few interesting facts about it:

A little bit about Ruby on Rails

We can‘t talk about Ruby without touching upon Ruby on Rails. A few interesting facts about it are as follows:

Ruby offers quite a few advantages for developers. These are as follows:

Read more about these advantages in “Why learn Ruby?”.

The popularity of Ruby

Ruby remains a popular language decades after its‘ release, as the following facts indicate:

How to learn it?

Planning for your next software application project?

If you are looking forward to developing a software app that stands out in the user market, you can do it successfully using Ruby, given its popularity among startups and businesses.

However, to take up your development project efficiently without any waste of resources in terms of cost and time, you must engage a professional software development company with sufficient experience in building innovative software applications using the latest technologies.

If, you as a business CEO or CTO, are still looking for such a competent software development partner, then why not consider the field-expert software developers community at DevTeam.Space. Send us your initial software specification details via this form and one of our account managers will get back to you shortly.

2. Where can I Ruby developers?

DevTeam.Space has experienced Ruby on rails developers who have built market-competitive software products for a number of businesses.

It is a web application framework developed on Ruby.