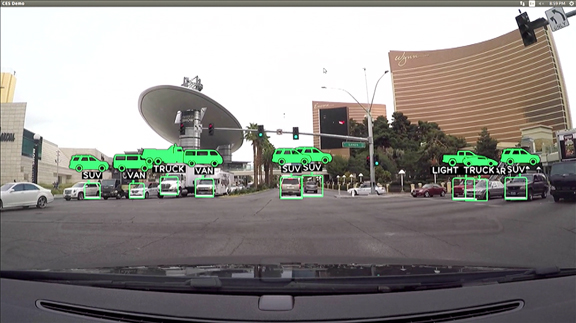 Advancements in artificial intelligence continue to develop and further push industries into what can often feel like are the stuff of science fiction films.  Whether it be autonomous cars, taxis, and lorries or exponential growth in the IoT space, it can be hard to keep up to date with current trends or take stock of how AI is impacting the industry. What once was the thing of science fictions in movies such as the first release of Total Recall with its driverless taxis, artificial intelligence is advancing at such a pace that tech firms have been developing technology that can facilitate the introduction of autonomous automobiles and lorries. The concept is no longer the stuff of blockbuster movies, but soon a very common use case of artificial intelligence in the automotive industry!

Historically, car manufacturers and tech companies that produce driverless technology had to adhere to strict guidelines, not to mention, a human had to always be present and ready to take over in the event on an emergency

The new rules and legislation took over 3 years to be defined and were often seen as a major blocker by firms such as Alphabet, Uber, GM, and Ford.

States such as Arizona, Nevada, and Michigan are also starting to allow autonomous cars with no human operator and with acceptance being gradually eased into the public domain, we‘re on the cusp of a driverless car revolution that only stands to pick up the pace as the technology iterates and keeps improving.

Historically, one the main challenges of driverless car technology that was identified by Google back in 2012 was the “hand-off” problem.  In essence, how can the technology alert and engage a human when the machine or artificial intelligence has identified a risk?  With over 35,000 road traffic deaths per year in the US alone, it‘s not something to be treated lightly.  That said, it‘s not an impossible challenge to solve and it‘s just what German car manufacturer Audi set out to do.

Audi spent years with their engineers and psychologists and effectively “taught” a car how to drive safely, their main emphasis, in conjunction with basic road maneuvers was on the human-to-machine interface that was responsible for the “hand-off”.

The AI solution was integrated with the luxury A8 model and uses facial recognition cameras to monitor the driver‘s expression and can also detect if the steering wheel is being touched.  If the car identifies that that human isn‘t paying attention, it will “annoy” them with visual or audio cues.  If those don‘t work, the car will tighten the seatbelt and pump the breaks!

Finally, if the human still hasn‘t acknowledged there is an issue, the car will turn on the hazard lights and slot to a stop and unlock the doors.

Whilst this hasn‘t completely entered the mainstream, it does give other companies a good blueprint to work from in terms of how humans can be alerted to take control of a driverless car.  Make no doubt about it, this technology will soon enter the mainstream and be in a garage near you!

Internet of Things and Connectivity (IoT) 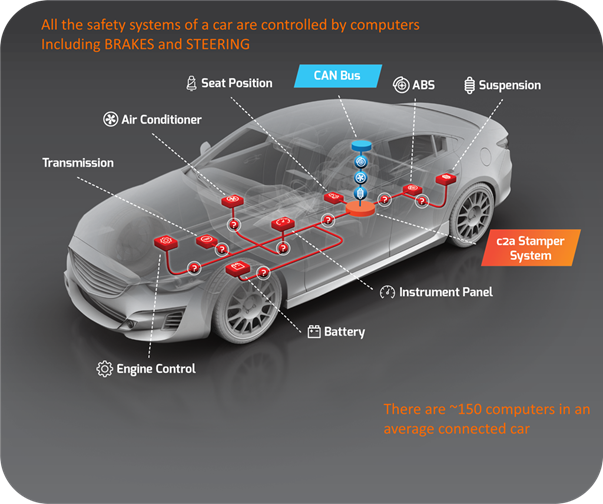 As automobiles rely ever more on technology, electrical components, and software, manufacturers will have to collaborate with software development teams and other firms in the tech sector.  All of this will help facilitate the successful integration of cars that depend on internet connectivity and IoT devices.

With such connectivity, cars will become increasingly vulnerable to malicious hackers, it‘s with this in mind that a firm called Cyber 2 Automotive Security (or C2a) made their patented Stamper technology available to car manufacturers worldwide through a royalty-free license.

C2a‘s Stamper technology is part of a suite of solutions that are designed to protect cars against online and connected attacks.  Back in 2016, hackers took control of a Tesla from over 10 miles away and with new cyber-attacks being dreamt up each day, its just a matter of time before ransomware-type security hackles are implemented.

Stamper implements a security layer for connected cars and devices and actively protects every semiconductor and processor in the car.  You can think of it as a firewall wall of sorts that grants or denies access to specific car functions whilst identifying anomalies and perform real-time diagnostics to ensure that everything is working as it should.

The firm is giving away the technology but will make money from other components in their product set and as the number of connected cars only sets to increase, one thing is for certain, firms like C2a will be perfectly positioned to take a slice of this market.

In the future, we predict that the integration of artificial intelligence and IoT devices in the future will allow manufacturers to update vehicles with additional features such as: 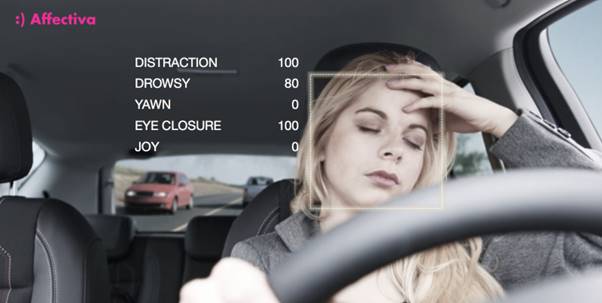 Detection emotion in streams of text or documents has been available for a number of years, many providers such as IBM, Microsoft, and Social Opinion all offer sentiment analysis APIS that can do this.

Identifying the mood in a document is one thing, but detecting the mood or emotion of a human is a completely different matter altogether.  That said, it‘s now possible for machines to identify the mood a human is expressing by uploading pictures and processing them through machine learning algorithms and calculate probabilities in terms of key emotions such as anger, joy, sadness and so on.

A firm called Affectiva, which is an MIT Media Lab spinoff, have taken this a step further however and have recently launched a new service dubbed “Automotive AI”.

The service allows manufacturers of driverless vehicles to effectively track a human driver‘s emotional response and can detect emotions such as joy, surprise, fear or anger.

The innovative solution uses regular RGB cameras and (near) infrared cameras to arrive at confidence scores using signals such as eyeblink per second and can identify things like yawning, drowsiness and other signs of driver fatigue.

Being able to identify signals like this in human drivers, coupled with AI-assisted cars will help reduce the risk of road traffic accidents due to fatigue.  The firm has even reported that Automotive AI could be used to identify if a driver was under the influence of drugs or alcohol.

The German car manufacturer BMW partnered with insurance the Allianz insurance group to establish AI-powered products to help improve driver safety and fleet management.  Using deep learning technology, and by leveraging Nauto‘s cloud-based AI platform, a solution was developed to track driver alertness, near misses and unsafe driving habits!  Make no doubt about it, auditing this data will have an effect on insurance premiums in the future!

You can find out more about this partnership and solution. Machine learning algorithms are increasingly being applied to a wide number of use cases, from analyzing and processing vast quantities of Big Data to helping healthcare professionals identify patterns in sets of patient test results thereby helping improve medical diagnosis.

Machine learning, which is a branch of artificial intelligence, effectively attempts to replicate the way in which humans learn (i.e. by the repetition of tasks using historical data).  You can read more about machine learning here if you‘re interested but how just how is machine learning impacting the automotive industry?

Toyota, who are one of the biggest car manufacturers on the planet, and their new company TRI – Toyota Research Institute (which we just mentioned earlier) are planning on using machine learning to help tackle Japans aging population where the number of people aged 60+ is expected to jump from 25 percent to 40 percent in the next 30 years

This shift in demographics isn‘t just isolated to Japan, in Northern America, over 65s will account for approximately 20 percent of the US population,

To help keep an ageing population mobile and ensure they can still use their cars, Toyota are undertaking considerable R&D activities in the form of Human Support Robots that help people maintain a level of mobility they might otherwise not have, such technology, whilst still in the R&D phase might be able to help an older population get in and out of cars.  You can read more about the technology here.

Mobileye, an Israeli company that supplies car manufacturers with computer vision technology and using a single camera, coupled with machine learning, have developed a solution that augments drivers‘ capabilities by being able to identify the speed limit from road signs or by identifying pedestrians on roads thereby being able to automatically trigger an automatic braking system.

The technology caught the eye of Intel who proposed a $15.3 billion acquisition!  It‘s not hard to understand why the chip maker has decided to carve itself a space in the market given the NVIDIA have been forming partnerships with car manufacturers and helping shape the autonomous car industry. 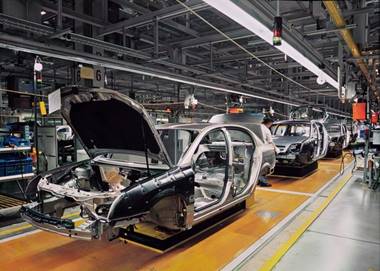 The report went onto say that:

AI-based algorithms can digest masses of data from vibration sensors and other sources, detect anomalies, separate errors from background noise, diagnose the problem, and predict if a breakdown is likely or imminent.

With findings like this, it‘s easy to see how artificial intelligence-powered robotics and algorithms will help drive business efficiencies in terms of cost across multiple steps of the manufacturing and distribution process.

If you‘re interested, you can read the report in full here.

In this blog post, we‘ve looked at five use cases of artificial intelligence in the automotive industry and its positive impacts.

We‘ve seen how the autonomous car revolution is upon us and how automobiles of the future will be deeply integrated with the internet.

We hope that you‘ve enjoyed this article, feel free to leave any comments or suggestions below!