Looking for a Golang vs Node.js comparison which includes performance, scalability and other details?

Well, look no further as you have found what you are looking for.

Besides the money to be made by creating innovative new software applications, it is also a way to help improve people’s lives. Here’re a few amazing case studies of companies who hired DevTeam.Space to build their software products:

If you’re developing a web application, you might have heard of Node.JS and Golang (also known as “Go”). Both are gaining popularity, but in very different ways, and for very different reasons. They are part of a movement away from traditional server-side languages such as PHP and Java. Let’s take a look at what they are and draw a Golang vs Node.js comparison.

Before making a Golang vs Node.js comparison, let’s first define what these two are.

Node.JS is a platform for using Javascript as the backend of your web application. In other words, it allows you to use the Web’s most popular language for an entire web application. This has led to Node.JS becoming the fastest growing platform on the web, by a long way.

This has some big implications. For a business, an important factor in choosing what development tools to use is the number of skilled developers available. Every web developer has coded at least SOME Javascript, and most have done lots. Finding a skilled Javascript developer will be easy.

What is Golang (Go)? 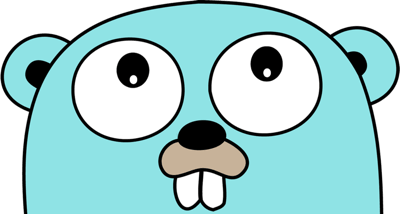 According to the Go home page:

“Go is an open-source programming language that makes it easy to build simple, reliable, and efficient software”

It’s relatively new and developed by Google, so you know it’s going to be good. Rather than being an evolutionary language, the creators have done a complete rethink of programming. They’ve gone all the way back to the first-principles of C and built from there.

This has resulted in Go has some very unique properties. The most important is a simple and effective way of dealing with concurrent programming properties. And, potentially huge performance improvements over other languages and platforms.

If we’d compare Go vs Node.js, the former is still nowhere near as popular as the latter, but it is gaining ground quickly. Apart from the creators, Google, some other huge projects have switched to using Go. Both Dropbox and Docker have now chosen Go to develop their massive, concurrent applications. There are many factors that influence the performance of a programming language. Some of the ones we’ll be looking at here are:

Let’s take a look at how Golang vs Node.JS stack up side by side:

This Golang vs Node.js comparison chart can help you understand how these two stack up against each other at a glance regarding certain important factors. Node.JS performance can be either great or terrible, depending on who you ask, and what application you are working on. It runs on Javascript, which is an interpreted language. This means that raw performance and computation can never be as fast as a compiled language like Go. Check out this comparison of NodeJS vs Golang on many tests. As you can see, Go performs orders of magnitude better on many tests.

On the other hand, Go is built for raw performance. Google decided to design the language purely out of frustration with the current programming languages’ poor performance. And they’ve clearly succeeded. Looking at the raw performance data shown here, you can see it outperforms the Javascript Node.JS hands down.

It’s tempting to look at raw performance data and assume Go is the one to go with. But in many situations, it simply doesn’t matter. For example, connecting to your database is often the bottleneck for your server performance. When this is the case, Node and Go perform at similar speeds.

This is where Go really shines. The reason the guys at Google, Docker, and Dropbox use Go is that they have very large applications that need things to be done in parallel.

Go has a completely different approach to concurrent programming than other languages. It manages threads with things called ‘goroutines’ that handle communication in parallel very effectively. This means concurrent tasks that normally get very complicated, can be done simply and intuitively with Go. Take a look at these survey results from Go.org.

Node JS scalability is less elegant. Traditional concurrent programming in Javascript is done with event callbacks. This can get messy quickly. However, there are people working on this problem with things like JS promises that will do the job in most cases.

Tools for Developers and Community Javascript is one of the most popular and well-established programming languages in the world. After all, that’s why Node.JS is so attractive in the first place. There are so many tools for every possible application. Libraries, platforms, examples, tutorials… if you need something done, you can find a package, library, or tool for it.

Go does have some nice libraries and packages to use, but it doesn’t look like it will catch up with Node.JS anytime soon. As a developer, you’ll be doing a lot more of the programming groundwork.

The Node.JS community is awesome and far bigger than Go’s. It’s safe to say that Node.JS isn’t going anywhere soon.

Learning Node.JS is easy for web developers. Even if you haven’t done much Javascript, there are so many great resources to learn for free online. And, Node.JS event loop makes concurrent server programming quite easy.

Deciding to use go will mean you have to learn an entirely new language and probably use Javascript on the front-end. This is worth it for larger organizations that can afford the investment, and need the performance gains. But, if you’re not developing something like this, you might want to stick with what’s easy.

Javascript is notorious for bad code and poor developer practices. This could be because

This can be a problem for developers and those that hire developers. It’s hard to break old habits, and it’s hard to find developers with good habits.

Go fundamentally encourages good programming practice. Google designed it so that large teams could work on large projects effectively and easily. As you are programming, Go seems to guide you into making smart choices as a developer. Great Javascript developers – and even Node.JS specialists – are easy to find (and therefore cheaper!). You’ll easily be able to find good agencies with huge experience to help you with your project, at a good price. However, if you want to build a great product, it’s crucial to hire Node.JS developers who are experts in their field.

Go is much newer and has a tiny fraction of the developers. This means you probably don’t have a Go expert floating around your office. And, finding a skilled developer will be more difficult and expensive. However, in the long run, the time invested in a highly elegant, scalable tool for your back-end might just pay off.

The popularity of Node.JS means most developers won’t need much convincing to use it. In the Go 2016 Survey, they found that developers were overwhelmingly happy with the ease-of-use and performance of Go, but found it difficult to convince others of the same.

This is an important factor. If you are the one suggesting using a whole new idea to your team, you’ll be responsible if things don’t work out!

Any skilled development team will know what languages and tools to use for a given project. The important thing is to define your requirements well. There are no silver bullets in software development. Every choice you make is a trade-off that will have advantages or consequences!

How Golang compares with Node.js on performance, scalability, productivity, etc.?

The Golang vs Node.js comparison is as follows:

Question 2: Is Golang faster than Node.js?

Golang uses many strengths of C and C++, moreover, it’s lightweight. It certainly runs faster than Node.js. However, the slight difference in their performance doesn’t make an impact in the real life. Both Golang and Node.js offer robust performance.

Node.js a very popular JavaScript-based runtime environment. Many developers use it to develop scalable and performant web apps, moreover, there’s a great repository of open-source tools and frameworks for Node.js. It’s certainly worth learning.