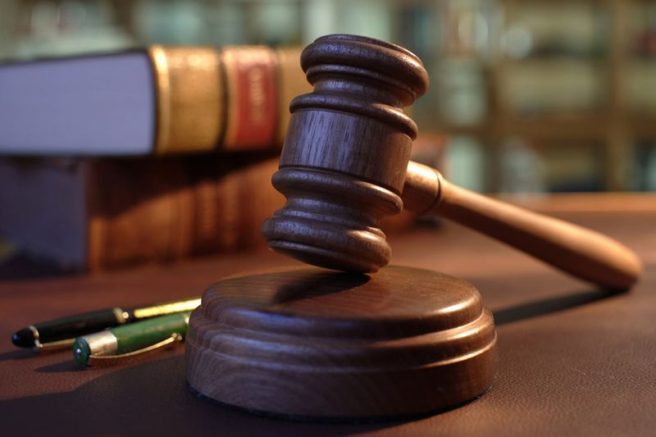 Before I take a look in more detail at ICO legal issues, it is worth noting that literally, anyone can launch an ICO. All a company really needs is a great idea, an ICO white paper that clearly explains the idea and how to make it a success, and finally a good marketing strategy to get the word out to potential investors.

Read this article on how to create an ICO marketing checklist if you would like to know more.

ICOs and the law

It is precisely because anyone can launch their own ICO, that they require regulation. Over the past 10 years, the number of scam ICOs has increased dramatically. While ICO investors are getting much more adept at spotting these scams, it still remains a big issue.

These ‘fraudulent’ ICOs that simply aim to raise fast cash, which may or may not be used on the projects they are stated to be funding, have led to ICOs gaining a slightly shady reputation in the finance world. Recently, Jordan Belfort, the less than scrupulous American stockbroker immortalized in the film The Wolf of Wall Street, called ICOs “the biggest scam ever”.

For this reason, governments around the world are beginning to come down hard on ICOs that don‘t comply with the existing regulation that applies to them. Added to that, they are also hurriedly enacting new laws to cover ICOs, meaning that every ICO lawyer needs to make sure that they keep abreast of new regulations as they are enacted.

ICO legal matters in the U.S. fall under the jurisdiction of The United States Securities and Exchange Commission (SEC). Their remit doesn‘t just cover digital coin offerings made by companies based in the United States, but also whenever ICO tokens are being made available to U.S consumers.

The SEC will apply what is known as the Howey Test to every ICO to determine whether the coins being offered to constitute a security asset or something else. Should an ICO fail to meet the standards required by the Howey Test then it will be classified as a stock offering and so must be registered with the Federal Trade Commission (FTC) and adhere to the strict guidelines that this body has in place.

For more on FTC guidelines and the Howey Test, you can visit their website via this link.

It is important to note that at the time of writing the SEC has yet to issue clear guidelines relating to ICOs. This fact makes it extremely difficult for companies to make sure that their ICO will pass the Howey Test by ensuring their token offering qualifies as a tradable security. This is why obtaining the services of a good ICO lawyer is essential for companies based in the USA or those who are offering coins to American investors.

A security is any product that represents an investment opportunity that aims to create a profit by gaining value. There are lots of different types of securities that include stocks, bonds, funds, and rights, to name but a few. All of these securities carry an element of risk, some greater than others, which is reflected in the potential returns that they offer. Securities must also be exchangeable between different parties. Any product that fails to meet these two requirements is not classified as a security.

The reason ICOs occupy a slightly grey area when it comes to being defined as security is that there is broad disagreement over whether they are a product that offers a “reasonable expectation of profits”.  Since the purpose of the ICO is aimed at raising funds for a project that is usually not focused on raising the value of the tokens being issued, ICOs are harder to classify as securities when compared to shares, for example.

In the U.S., a company can register with the SEC to allow its ICO to issue securities. Once a company has become an issuer of securities, its ICO will be subject to the US Exchange Act. This prevents that company or individual from buying or selling the ICO tokens unless they are registered as a national securities exchange.

Once a company is SEC-registered, any ICO tokens it offers must comply with anti-money laundering laws and know your customer laws too. Also, the ICO will then be subject to audit by the SEC should it choose to do so.

It is for this reason that any company planning to launch an ICO in the U.S. would be well advised to seek expert legal counsel. The penalties for not abiding by these laws are severe and in some cases include prison. The complicated nature of these laws has not only put many companies off holding their own ICOs but has also meant that many ICOs are unable to offer tokens to investors living in the United States.

Singapore is not only a global economic powerhouse but also a hub for tech companies that want to issue ICOs. The country has an extremely favorable business climate and has been quick to draw up guidelines on initial coin offerings.

Last November, the Monetary Authority of Singapore (MAS) issued its Guide to Token Offerings to help companies understand whether their ICO needs to be registered with them or not. Should a digital token match the criteria governing products covered by Singapore‘s Securities and Futures Act then it will need to be registered with MAS, otherwise companies are breaking the law.

All companies planning to launch an ICO or sell tokens to Singaporean residents must now inform MAS so that they can determine whether or not the tokens can be considered as a security. Companies also need to take steps to determine buyers’ identities to help prevent fraud etc.

By issuing such guidance, Singapore has made itself the most ICO-friendly environment in the world. Since the MAS is able to access each and every ICO before it happens, businesses, as well as consumers, are protected. This increases trust which intern leads to more successful ICOs.

As with the U.S., Europe has strict laws to protect investors and prevent fraud. That said, like the rest of the world, Europe is still scrambling to pass laws and issue guidance when it comes to ICOs. Today, the EU is far behind Singapore, and a step behind the U.S., when it comes to ICO regulation.  Last November, the European Securities, and Market Authority clamped down on ICOs due to the high level of risk that they represent.

The European Union requires any ICOs made by companies or being offered to E.U citizens to fully comply with existing regulations and to adhere to new laws as they are passed. ICOs must now comply with the EU’s anti-money laundering laws and know your customer rules too.

Despite fueling the surge in the price of bitcoin for years, as of September 2017, China has completely banned both companies and individuals. This ban does not apply to Hong Kong but is in effect everywhere else in China.

Added to this, the Chinese government has also banned banks from even doing business with any company that has held an ICO in the past. It has said it will investigate any company or individual found to be ignoring these laws and dish out heavy prison sentences for anyone who has. All ICOs held at or around the time of the ban have been instructed to issue immediate refunds to investors.

What is ICO law?

ICO stands for Initial Coin Offering and is the cryptocurrency equivalent to an Initial Public Offering (IPO). ICO law is the relevant territorial law that governs how these transactions must be held.

In vast areas of the world ICOs are legal. However, governments are rushing to draft new laws for ICOs as most are currently regulating them under older laws that are designed for IPOs.

How to launch an ICO without breaking the law?

If you have the funds then you should engage the services of a lawyer who has experience in ICOs. If not, then be sure to read all the relevant literature that relates to the ICO law in your territory.