ALL ARTICLES
Home Blog FinTech What are the Benefits, Uses, and Challenges of DApps?

What are the Benefits, Uses, and Challenges of DApps? 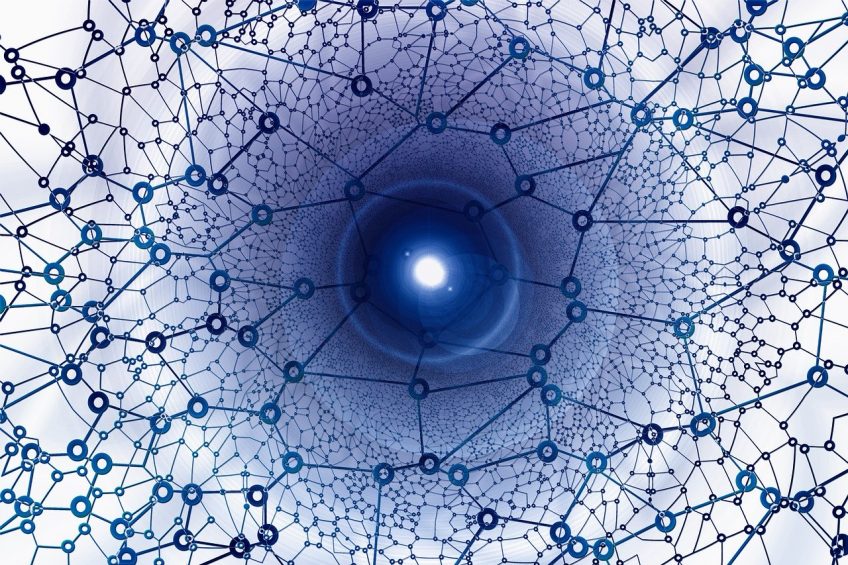 Interested in what the future of DApps will be this year?

DApps are a fascinating technology that is still yet to be harnessed.

According to a study done by the Blockchain Examiner, the Dapps “market size is projected to reach USD 21,070.2 million by the end of 2025.”

Besides the sheer amount of money to be made, innovating in order to create powerful new DAaps will help the whole world. Here’re a few amazing case studies of companies who hired DevTeam.Space to build their decentralized products:

While everyone has been focused on cryptocurrencies creating overnight millionaires, most have missed the most fascinating part of this new technology — blockchain. Blockchain is what powers cryptocurrencies. But its capabilities stretch far beyond its use with digital currencies into all kinds of technologies.

One of the things that blockchain enabled is decentralized applications (Dapps). To understand how Dapps differ from conventional apps, consider an app that also has these traits:

Dapps hold an amazing amount of promise to change the way that we work, communicate, commute, and more. As such, Dapps have the potential to reshape the web.

In this article, I will cover the benefits of Dapps and what the future holds for them. But first, let’s overview the basics.

Decentralized applications are computer apps that run on a distributed computing system. In other words, Dapps are applications that leverage blockchain technology and operate from a secure and reliable network.

It means Dapps are not centrally controlled, hence the benefits of transparency and the lack of third-party authorities. Decentralized apps are hosted on peer-to-peer networks such as Ethereum, Loom, or Waves. Read more about this in “What Are Decentralized Applications (dApps)?”.

To fully understand decentralized apps, one must be familiar with the concept of blockchain technology. Blockchain is a ledger that contains records organized in connected blocks. This ledger is neither stored in a centralized location nor managed by any single entity. And that makes it transparent and resilient. Read more about blockchain in our article “The Rise and Rise of Blockchain as a Service”.

Among many other benefits, decentralized apps contribute towards the battle against internet censorship while providing increased trust in the system. These are some of the reasons why Dapps will play a major role in how we use the internet in the future.

The Benefits of Dapps

Imagine if your car could transport passengers while you were at work and make money for you in the process. Now picture your computer using its excess capacity to serve businesses and people around the world. Imagine getting paid while you are online using apps. This world isn’t too far away. Dapps can bring these things to reality in the very near future.

More than anything, the most significant advantage of Dapps is that they are decentralized. All software product owners have experienced web downtime, security breaches, and other failures and bugs. Dapps are here to solve many of those problems.

Here are some of the critical benefits of Dapps:

Thanks to Dapps and blockchain technology, we now have access to DeFi, a new financial ecosystem devoid of third party control. DeFi runs on trusted, distributed networks, thus allowing anyone to access a wide range of financial products and services from any location in the world. It means people will face far fewer barriers to accessing and using financial services compared to traditional systems.

DeFi is just one example of the type of changes Dapps can provide. Dapps can create peer-to-peer marketplaces like Amazon and eBay, peer-to-peer cloud storage like Dropbox or Google Drive, and even a peer-to-peer app market like the Apple App Store and Google Play. Overall, they can work to reshape the business landscape through decentralization.

Blockchain can be used to power a world where all online stores, media, content, services, and personal data are distributed across platforms rather than being held on a centralized server by big corporations.

For example, a common issue with free virtual private network services is that they log and sell users’ data to monetize their business. Decentralized VPN apps could change it. Not only would it remove the need to pay for premium VPN services, but it also gives the users peace of mind, knowing that no one is tracking their moves when they connect to a VPN server. 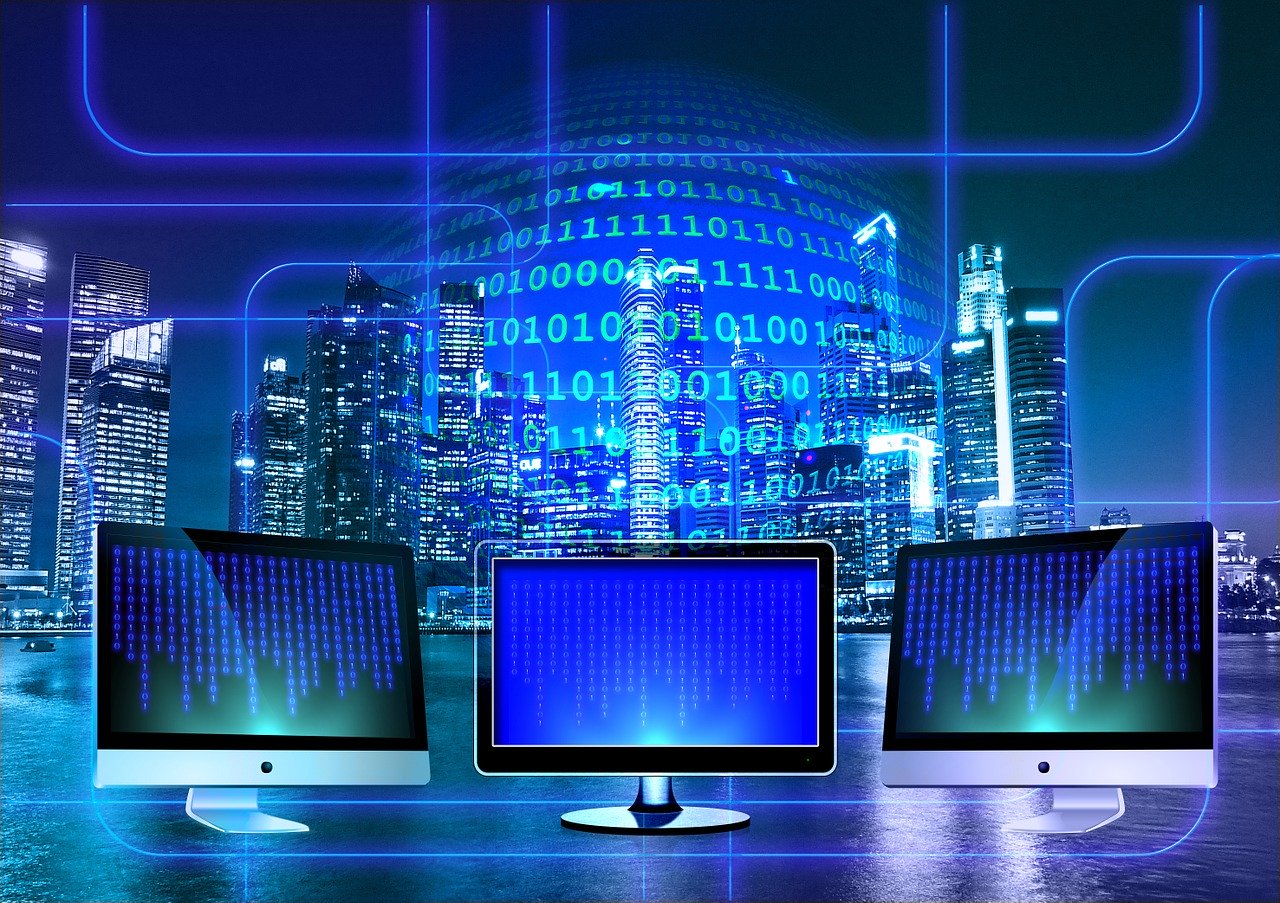 The Uses of Dapps

Dapps are still in their infancy. Currently, you can’t find Dapps in Google Play Store. However, there are now over 3000 Dapps built on Ethereum, the leading Blockchain-Based Dapps platform. There are Dapps for every category, including finance, gaming, productivity, and many others.

Two of the most exciting uses of Dapps are Compound Finance and Ethlance:

These are just two of the ways you can use Dapps right now. You can find Dapps for many other uses. However, don’t expect these to operate as efficiently or be as feature-rich as traditional apps as they don’t have the resources at the current time. This will change in the future.

What Challenges Do Dapps Face?

Many developers and enthusiasts praise Dapps and the underlying technology behind them. The Dapps space has now evolved into a multi-million dollar market. But these applications are still very costly to develop. They also have poor interfaces and extremely small userbases. A multi-million dollar market may sound like a lot, but considering the value of the traditional app market is in the hundreds of billions of dollars, Dapps are just a drop in the bucket.

Augur is one great example. It is one of the most popular Ethereum-based Dapps, having a market cap of $311 million. Yet, it only attracts around 60 users per day. Until it and other Dapps receive serious investment and user attention, they’re going to continue to struggle from these issues.

The Future of Decentralized Applications

Dapps will continue to grow exponentially in the future. Even though the whole decentralized utopia won’t happen anytime soon, 2020 is expected to bring severe advancements and the expansion of blockchain technology and its applications.

Decentralized apps are going to be more involved in day-to day-living, reducing costs and eliminating third parties from many of our personal and business transactions. These applications are expected to take automation and transaction security to the next level.

One thing we can expect in 2020 is a far greater number of new decentralized apps. The growing number of Dapp releases will lead to broader adoption of blockchain technology in various sectors.

We can see this by examining statistics from 2019. Defi had tremendous growth jumping to over 525 million USD in the Q3. Overall, Ethereum DeFi Dapps contributed over 88% of the total volume under the Finance Sector. Read more about this in “DappRadar 2019 Dapp Industry Review” and “Dapp.com Q3 2019 Dapp Market Report”.

We can also expect improvements in interface design and structure that will better the overall user experience on these applications. After all, that is one of the most significant shortcomings in the current Dapps compared to the regular apps. Read more about this in “20 BLockchain Predictions for 2020”.

Enthusiasts are expecting a steady growth of decentralization apps and their popularity. It will lead to greater transparency and privacy on the web. There is no doubt that 2020 is going to be a challenging year, but we will see more of Dapps flourish to realize their true potential.

Dapps have secured their place as an indispensable tool and paved a path to further growth and development. In the future, Dapps are expected to become more mainstream as more investors jump in to capitalize on the efficiency of these platforms.

What does this mean for both investors and the average internet user? It is a lot like the early days of cryptocurrency. You can expect volatility in the market, but the technology is robust, and it has real potential. Now is a good time for everybody to dip their toe in the water. Get a feel for Dapps and how they work. You never know, you just may stumble upon the next Bitcoin in the process.

What does DApps mean?

What is DApps Blockchain?

These are decentralized applications that run on the blockchain rather than on a server system owned or controlled by one central power.

How many DApps are there?

There are currently 1,000s of DApps both in use and under development. Some of the most successful examples can be found on the Ethereum network and gross in excess of $1 million per year.

Are DApps the future?