What is Theory Of Mind AI? 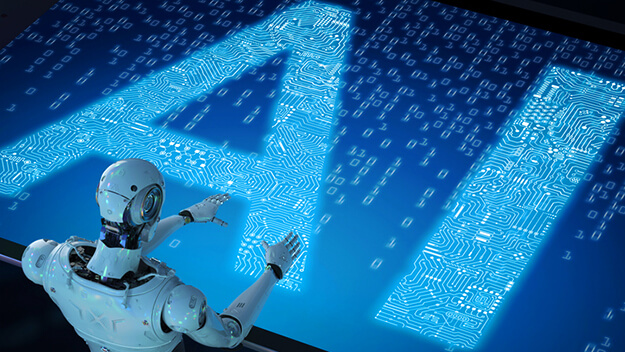 I will explain the Theory of Mind AI through a series of questions, and I believe this will help you to gain a better understanding of it. Let’s dive right in!

1. What will make Theory of Mind AI different from the AI we know?

While the Theory of Mind AI is still under research and development, we already know what will differentiate it from the other branches of AI we have seen. A computer equipped with Theory of Mind AI will better understand the entities it interacts with.

To do this, it will need to discern the needs, emotions, beliefs, and thinking of the aforementioned individual. This isn’t easy since computers will need to understand that human beings have a mind, which might have been conditioned by several factors.

This differentiates Theory of Mind AI fundamentally from other AI and Machine Learning (ML) algorithms. Read more about this in “7 types of artificial intelligence”.

2. Will Theory of Mind AI utilize any of the already-existing AI expertise?

It will use meta-learning to build models about the agents it comes across. This neural network will observe the behaviors of these entities, therefore, it will acquire a prior model of these behavior patterns.

Such neural networks can then proceed to integrate rich predictive analytics, which they will use on this acquired behavior data. You can read more about this in “Machine Theory of Mind”.

3. What triggered the research and development into the Theory of Mind AI?

AI and ML have given us plenty, e.g., chatbots, image recognition capabilities, natural language processing capabilities, etc. I have earlier explained the value that these capabilities offer, and you can read “5 ways AI will change your business in the near future” for more examples.

While these are impressive, society needs more to make a quantum jump in its productivity. Any organization has workers, and workers bring their beliefs, emotions, dreams, and apprehensions to the workplace. In other words, they bring their mind to the workplace!

The mind of a worker significantly influences his or her effectiveness at work, and an organization needs to harness its employee’s emotions positively to deliver superior performance. AI needs to create such “co-workers” for organizations, and that’s much more than the chatbots!

This is the key requirement that Theory of Mind AI seeks to fulfill. You can read more about this in “Truly intelligent A.I. must have a “Theory of Mind””.

4. What characteristics Theory of Mind AI will have?

Since Theory of Mind AI is still under research & development, its characteristics will likely evolve. However, based on the available information at the time of writing, we can anticipate that it will have the following characteristics:

Read more about these characteristics in “How to make a robot use Theory of Mind”.

5. How to implement the Theory of Mind AI?

As research and development proceeds on Theory of Mind AI, examples of implementing it are emerging. Let’s review one such example.

This project in this example is one conceived by Neil Rabinowitz, a research scientist at DeepMind in London, and his team. This team has created a Theory of Mind AI-powered system named “ToMnet”, i.e., “Theory of Mind net”.

Each of the 3 ANNs in ToMnet has computer programs, e.g., algorithms, moreover, they have connections that learn from experience. One of these ANNs learns the tendencies of the AIs under observation, based on what they did earlier.

The 2nd ANN builds an understanding of the “beliefs” of the said AIs. Taking inputs from the outputs of the 1st and 2nd ANNs, the 3rd ANN predicts the next moves of the AIs under observation. You can read more about this project in “Artificial intelligence has learned to probe the minds of other computers”.

6. What Theory of Mind AI could achieve?

Let’s now see what value Theory of Mind AI could bring to the table. It could help in various way, e.g.:

From the above, it follows that if robots/systems are ever going to noticeably augment the human workforce in society, they need to be equipped with Theory of Mind AI. Only then can they interact effectively within a social environment.

7. What challenges does the Theory of Mind AI research and development face?

Research and development concerning Theory of Mind AI face several challenges, and these are as follows:

8. How the future of Theory of Mind AI looks like?

Such innovations can have a large impact beyond the value that AI currently offers. E.g., robots can be responsive and understanding co-workers of human beings in the workplace. Read “The future and philosophy of machine consciousness” to learn how the future of Theory of Mind AI might look like.

Planning to use AI to improve the functioning of your organization?

While Theory of Mind AI is under research and development, you can use AI already available in the market to improve the functioning in your organization. The technology has a high potential, however, skills like AI, ML, etc. are niche.

Does AI have a mind?

In the sense that we humans define a mind, no. However, AI is able to learn in a way that until recently, conventional computer programs could not. The debate on whether AI has a mind and is conscious is going to grow ever stronger.

What is a Theory of Mind example?

Theory of Mind is a state of cognitive understanding that involves the ability to think about abstract mental states of ourselves and others. Understanding emotions is a typical example of this.

What is the smartest AI in the world?

The answer to this question is always arguable. However, the most sophisticated AI programs are currently chatbots that have demonstrated immense sophistication and have even invented their own language in some cases.