ALL ARTICLES
Home Blog Blockchain What is Blockchain Database Technology?

What is Blockchain Database Technology? 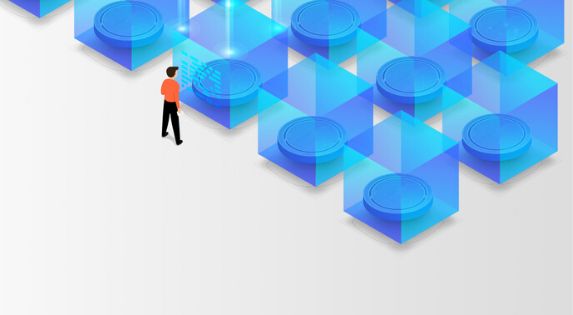 In this article, we will discuss blockchain database technology in detail.

Bitcoin helped thrust a new technology into the mainstream back in 2017. Today, after a severe slump it is back on top.

Bitcoin hysteria has prompted a real debate on the practical uses of the exciting technology of blockchain, and companies are still scrambling to be the first to unlock the power of this powerful technology.

What is a Blockchain Database

A blockchain database utilizes blockchain technology to create an immutable ledger of transactions. Blockchain relies on peer-to-peer decentralized transactions meaning that it is a distributed ledger.

This offers greater security and removes the need for any single controlling entity that retains administration rights over the database.

The data structure involves data being recorded in blocks. As each new block or transaction is recorded, it is added to the previous one to form a chain of data records or a blockchain.

As a result, a blockchain contains every transaction recorded since the ledger was started.

The technology relies on a consensus algorithm that requires a majority of the nodes on the network to validate any new transactions. This makes any unauthorized modifications or any attempts to tamper with the data extremely difficult.

In the case of a single Bitcoin, it is possible to trace every single owner (or anonymous account number), including the time and date that they bought the coin, all the way back to the very first buyer.

A blockchain as a database can contain any information, however, blockchains are not really good at storing vast amounts of data due to network limitations and cost, etc.

In the case of the open-source cryptocurrency Bitcoin, only information such as ownership, a timestamp, and other small details are recorded in the ledger.

Don Tapscott, CEO of The Tapscott Group, points out that blockchains can be used to “record anything of value to humankind” including birth and death certificates, marriage licenses, deeds and titles of ownership, rights to intellectual property, educational degrees, financial accounts, medical history, insurance claims, citizenship and voting privileges, location of portable assets, the provenance of food and diamonds, job recommendations and performance ratings, charitable donations tied to specific outcomes, employment contracts, managerial decision rights and anything else that we can express in code”.

How does a blockchain database work?

A blockchain-based database ostensibly serves the same function as a centralized distributed database. It is able to store data that can then be accessed and added to by anyone with authorization to do so. However, there are some key differences between the two tech stacks.

A client-server relational database uses a centralized server or servers to maintain the database and to allow users to access it.

Examples of this kind of database ecosystem include SaaS cloud offerings from Amazon’s AWS IBM Cloud and Microsoft’s Azure.

While users can access and modify the data, the master copy is always stored in the centralized database. Users are required to have permission to access the data, which is granted by the administrators that control the network.

Once data is modified by a user, any change will be recorded by the central server before being updated for anyone else viewing the database. A key component of a distributed database is that it is highly scalable, something that allows companies to store and access huge amounts of data in real-time.

A blockchain database, on the other hand, is completely decentralized. The database is maintained and controlled by a set of users who act as active participants.

The database transactions are processed via either proof of work, proof of stake, or proof of authority agreements in order to reward those expending the effort to undertake this work.

A public blockchain such as Bitcoin allows anyone to use it while a permissioned or private blockchain requires some authorizing third party to allow user access.

This makes blockchain far more secure as every participant acts independently of one another.

This means that they will act to prevent any unauthorized modification of data stored in the chain, so any hacker, for example, would be forced to overcome the consensus mechanism that requires agreement from the majority of the nodes in the network in order to make such a change.

Without the use of extremely powerful computers, tampering with a blockchain database is far beyond the resources of hackers.

Next, let’s examine the pros and cons of blockchain database technology.

Pros of the Blockchain Database Technology

As I have already pointed out, the main advantage of blockchain databases is that they are incredibly secure.

Since the database is decentralized, the data on the chain can’t be hacked and altered as the other nodes involved with the database will resist any unauthorized change.

Another key point in the blockchain vs. shared database comparison is that a blockchain database is not controlled by one single centralized body.

This has massive implications such as allowing for increased access to contract-based services, and reduced fees for conducting financial transactions. etc.

The use of blockchain-based smart contracts, as championed by such organizations as the Ethereum Project, stands to bring enormous benefits to people throughout the world. The decentralized nature of blockchain also removes any politicization of the database which allows for freer transactions.

The removal of both governmental and corporate control would allow contracts to be set up for literally anything, without the need for them to follow the rigid guidelines set out by accountable institutions or adhere to a specific political ideology, etc.

Finally, fault tolerance is massively increased as each of the nodes involved with the database has a complete record of the blockchain, thereby preventing data loss should one of the nodes fail.

There are a number of drawbacks to the blockchain decentralized database, however. Currently, blockchain databases are limited as to the number of transactions they can process at any given time.

This is because the number of transactions that can be processed can never exceed the processing speed of any one node participating in the blockchain.

This leads to a key problem that currently affects blockchain databases, namely scalability. When a traditional database increases in size, more resources can be easily added to handle the extra compute power required. With a blockchain, this means adding more and more nodes to the network.

The problem is that inter-node latency logarithmically increases with every new node that gets added to the blockchain network. This means that blockchains become less efficient and increasingly slower as they grow.

This is one of the downsides of requiring all nodes involved in the blockchain to validate transactions and a drawback that makes this technology unsuitable for big data use cases.

With a blockchain network, it is not easy to enact infrastructure changes to speed up the network. Since the decentralized nodes are not controlled by any one entity, but rather a community that must all agree to upgrade their equipment accordingly, it is hard to get them to all agree to do so.

This effectively limits the speed and overall capacity of any blockchain database to the speed of the slowest node in the network.

This approach, as championed by companies such as Ardor, allows users to access ‘child’ chains that are attached to the main ‘parent’ blockchain.

Since the child chains can be removed once they are confirmed, this allows the reduction of so-called ‘blockchain bloat’ which leads to increased latency.

Blockchain bloat is arguably the most crucial hurdle that blockchain databases must overcome if they are to become widely used. Bitcoin has for years now been struggling to overcome this problem.

In fact, the problem has already caused a huge split in the bitcoin development community, after both sides proposed different solutions to overcome the problem. The result was that the key developers threw their weight behind SegWit while the coin miners chose to initiate a hard fork that created Bitcoin Cash.

Planning to Invest in Blockchain Technology?

If you as a business owner, are moving towards investing in a blockchain solution for your critical business process, you are making a good decision about modern tech infrastructure.

However, keep in mind, that blockchain technology is fairly new and evolving every day. You will require a skilled software development team to take up the project of building a blockchain database solution.

If you are lacking such skills in your project team, we would advise you to partner with an experienced software development company.

If you are still looking for such a partner for blockchain-based databases, DevTeam.Space can help you with its field-expert software developers community.

Write to us your initial blockchain implementation requirements through this quick form and one of our technical managers will get in touch with you to discuss further details on team building, project planning, implementation, management, etc.

1. What is a blockchain database?

It is a digital ledger technology that uses data structures called blocks to store data. These blocks are decentralized, meaning there is no central authority managing or storing data as in traditional databases, instead, blockchains store data in all the computer nodes that are part of the blockchain ensuring data integrity.

2. Where is blockchain data stored?

3. What is an example of blockchain?

Ethereum and Bitcoin are popular examples of blockchain technology.