Why Should You Use Java for Your Backend Infrastructure? 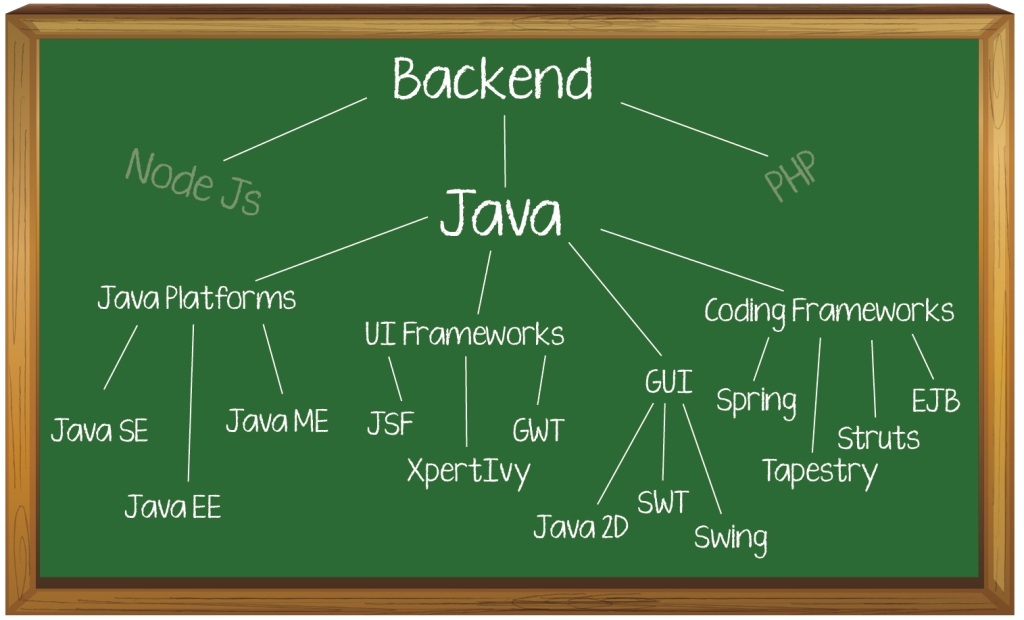 Wondering why you should use Java for your backend infrastructure?

This is an important question if you are planning to build a new web or mobile application.

Getting your development right is the most important thing you can do if you want your product to be a hit with consumers. Here’re a few amazing case studies of companies who hired DevTeam.Space to build their product backend:

The beginning of Java programming and its‘ evolution 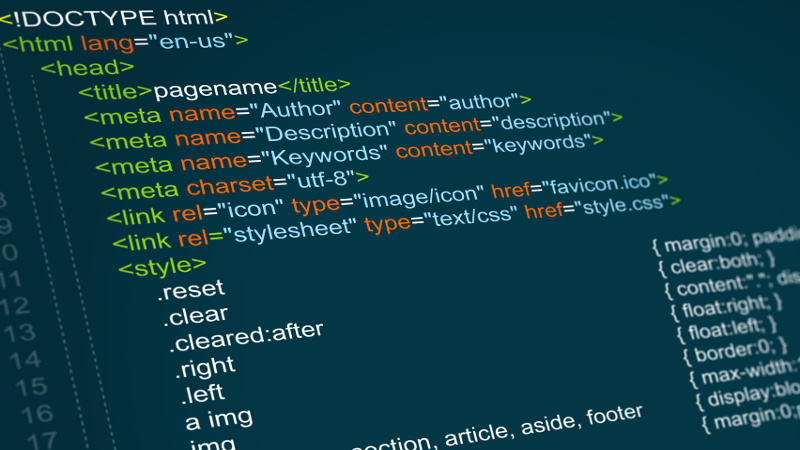 While it‘s been there since 1995, the first full increment of Java was released first in January 1996. The original name was “Oak”, however, there were trademark concerns. It was then renamed to Java. Read the definition of Java in “The Server Side” for more details.

James Gosling, the Sun Microsystem engineer who invented Java, hadn‘t envisaged its‘ wide use in the Internet economy. As a matter of fact, in 1996 the Internet and World Wide Web were just a couple of very new concepts. Rather, Gosling thought that Java will be used in small interconnected devices that could talk to each other.

A large set of improvements in Java API in Java 2 was a big milestone. Java 5 saw the addition of ’Generics‘, a feature that made significant changes to Java syntax.

Google released their Android ’Software Development Kit‘ (SDK) in 2009, basing it on Java. This was another major milestone for the language. Shortly thereafter Oracle acquired Sun Microsystems in 2010, causing some delay in Java 7 release.

By now, Java had become the most popular choice for object-oriented programming, however, 2014 saw the addition of more features. Java 8 release in 2014 saw the inclusion of the “Lambda” expression, giving developers the ability to write their functional-oriented apps. Read about the evolution of the language in the definition of Java in “The Server Side”.

Special features of Java that made it so important today

More than 3 billion devices use Java in some form, and Oracle estimates that it‘s the most common runtime environment that enterprises use. Read about their estimate in the Oracle whitepaper titled “Java Usage Tracking and Visualization with Oracle Fusion Middleware”.

This popularity is due to the following features:

Read “Features of the Java programming language” for more details on the features.

A rich ecosystem supports the language. Technology giants like Oracle, IBM, and Google back it. An abundance of open-source libraries, rich ’Integrated Development Environments‘ (IDEs), tools, frameworks, and a large developer-community are added advantages.

All Java platforms have a JVM and application programming interfaces (APIs). There are four different Java platforms, as follows:

Read more about the different types of Java platforms in the Oracle documentation “Differences between Java EE and Java SE”.

Why Java for your backend? Scalability is the 1st reason

Java is highly scalable. Take the case of Java EE. Assuming you have done the right planning and used the right kind of application server, the Java EE can transparently cluster instances. It also allows multiple instances to serve requests.

In Java, separation concerns allow better scaling. When processing or Input-Output (IO) increases, you can easily add resources, and redistribute the load. Separation of concerns makes this transparent to the app.

Java components are easily available, making scaling of large web apps easy. The language is flexible, and you need to do less invasive coding to improve scalability. Read more about it in this stackoverflow thread on Java scalability.

2nd reason for using Java for your backend: cross-platform usage

One great advantage of Java is “Write Once, Run Everywhere”. We also call this feature ’portability’. You can execute a compiled Java program on all platforms that have a corresponding JVM.

This effectively includes all major platforms, for e.g. Windows, Mac OS, and Linux. Read more about the cross-platform feature of Java in this stackoverflow thread titled “Is Java cross-platform”.

You first write your Java program in “.java” file. Subsequently, you compile it using the Ecplise IDE or ’javac‘, and thereby you create your “.class” files. While it isn‘t mandatory, you can also bundle your “.class” filed into a “.jar” file, i.e. an executable.

You can now distribute your “.jar” file to Windows, Mac OS, and Linux, and run it there. There may be occasional confusion, because you may find different set-up files for different platforms for one Java program. However, these have nothing to do with Java.

There are applications that depend on specific features certain platforms provide. For such apps, you need to bundle your Java “.class” files with libraries specific to that platform.

Javas‘ automatic memory management is a significant advantage. I will describe it briefly here to show how it improves the effectiveness and speed of web apps.

In programming parlance, we divide memory into two parts, i.e. the ’stack’ and the ’heap’. Generally, the heap has a much larger memory than the stack.

Java allocates stack memory per thread, and we will discuss threads a little later in this article. For the time being, note that a thread can only access its‘ own stack memory and not that of another thread.

The heap stores the actual objects, and the stack variables refer to these. The heap memory is one only in each JVM, therefore it‘s shared between threads. However, the heap itself has a few parts that facilitate garbage collection in Java. The stack and heap sizes depend on the JVM.

Following are the reference types:

The garbage collection process in Java runs automatically, and it may pause all thread in the app at that time. The process looks at the references that I have explained above and cleans up objects that meet the criteria.

It leaves the other objects alone. This entire process is automated; therefore, the programmers can concentrate on their business logic if they follow the right standards for using reference types. 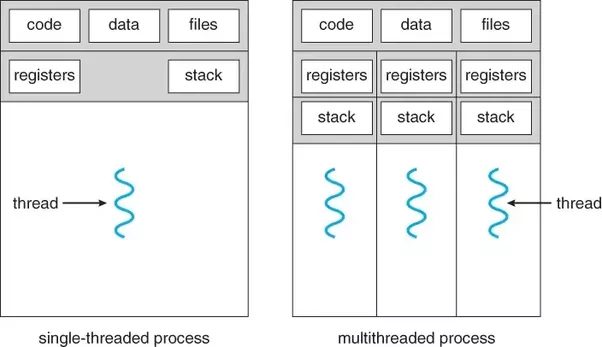 Multi-threading allows multiple users to run one application program simultaneously for their individual tasks. However, multi-threading isn‘t a new concept; for example, IBM Customer Information Control System (CICS) has championed it since long in the centralized computing environment.

However, in the network computing environment, Java was the first programming language to offer this to developers. Users can simultaneously execute multiple tasks using a Java program, which have separate execution paths.

There are several advantages of multi-threading with Java, and they are as following:

Note that your testing and debugging processes are more complex with multi-threading. However, the advantages of multi-threading in an enterprise or a mass-usage context vastly outweigh this disadvantage. Read more about it in “Common Advantages And Disadvantages Of Multithreading In Java”.

I ask you to do a simple survey among programmers. Just ask them whether they have heard of Eclipse IDE, NetBeans, Maven, and Jenkins. The response will tell you how rich the Java ecosystem is!

I list a few important resources among many in the Java ecosystem, as follows:

I have touched upon only a few prominent tools and frameworks in the Java ecosystem. You can study more about it in the series of articles starting with “A Walk Through the Java Ecosystem”.

Java security advantages are your 6th reason to use it for backend:

If you a senior executive or a development manager in an Enterprise IT organization, this would be your first reason to use Java as backend. Java scores better than all other programming languages in making your app secure, due to the following:

Availability of skilled manpower is your 7th reason to use Java for your backend:

Irrespective of your location, you will likely find Java developers. This reduces your staffing risks for development and maintenance. Global availability of Java skills also allows you to outsource if you need to.

Should you use Java for your startup back-end?

If you in a startup environment, some of your developers might want a trendier language like Ruby on Rails. I recommend that you approach such debates in a dispassionate manner keeping in mind that although developed in the 1990s, Java continues to evolve.

Also, consider the overwhelming evidence of the popularity that Java enjoys. It has the number 1 ranking in ’TIOBE programming community index’, ’Indeed job keyword trends’, and ’IEE Language Rankings 2015′.

In addition to the advantages of Java backend development I have listed, these statistics are sufficient for you to trust Java for your start-ups, over other modern languages. Read more about the statistics in “DZone‘s Guide to The Java Ecosystem”.

Is Java good for backend development?

Java is used the world over and is the backbone to many of the leading web and mobile applications. It is a well-defined language that is known to most of the world’s programmers.

What are the alternatives to Java?

There are lots of alternative languages to Java. Some of the most popular include Kotlin, Python, Javascript, Haskell, etc. All of these have their pros and cons. Read this article to find out more about Java and backend development.

Tell Us About Your Challenge & Get A Free Discovery Session