Trying to find out the 7 best software development tools?

Well, look no further as you have come to the right place.

According to a study, the “Mobile Health App Market is Expected to Reach USD 94.14 Billion by 2023 Growing at a CAGR of 29.03%”. This represents just one small segment of the whole software development market.

Besides the huge sums of money to be made, software development represents the most cutting edge business market in modern times, and as such, is the place to really make your mark. Here’re a few amazing case studies of companies who hired DevTeam.Space to build their software products:

Jenkins was one of the first automated deployment tools, and it’s now the most popular. It’s open source, has a large, active community backed by big names, and has countless plugins for you to work with. All very attractive qualities for a software tool.

Jenkins can be used to automate many different software tasks. Some common ones include:

And more. On the Jenkins homepage, they boast:

Jenkins really is an all-in-one solution for project automation. Some common complaints about Jenkins are the over-reliance on third-party plugins. This can be a little unstable, and sometimes make it difficult to repeatedly reproduce Jenkins configurations.

Jenkins is open-source, written in Java, and released under MIT license. Next on the list is an awesome tool from software giant Atlassian. If you are already using some Atlassian products like Bitbucket or Jira, this tool could fit really nicely into your workflow. Built for continuous integration, deployment, and delivery, it covers some of the same ground as Jenkins but has some key differences:

By automating the process of building, testing, and deploying, developers can focus on what’s really important – developing a great product.

It’s not free, but the price is as low as $10 for small teams. Check out the full description here.

Octopus Deploy is “an automated release management tool for modern developers and DevOps teams”. Compatible with:

It runs alongside your build server to automate complex deployments in the cloud, corporate data center, or on-site. Like many deployment automation tools, the focus is on repeatable environments you can rely on as a developer.

Easy to install, the dashboard is well structured, and the learning curve isn’t too bad.

It also plays nicely with Jenkins and Bamboo. Allowing you to Automatically trigger Octopus builds when tasks are completed.

It’s free for small teams and for some commercial uses. Pro subscriptions begin at $700, but the price quickly goes up to 10s of thousands if you want to use it as an enterprise software deployment tool with support and upgrades. If you are using Amazon Web Services, Amazon’s own software deployment tool CodeDeploy might be a good option for you. You can use it to automate deployments to Amazon EC2 instances, but you can also use it for your own on-premise deployments too.

Amazon is known for its epic speed of releasing features, and this tool helps you do the same. Once you’ve got your process set up, you can take advantage of AWS’s unlimited scalability, and use it to deploy to thousands of EC2 instances. It also helps you maintain high-availability with rolling updates to your nodes, meaning your services won’t go down if an update fails. The health of your deployment can also be tracked with configurable rules you choose.

CodeDeploy is free to use, you just have to pay for the AWS cloud computing resources you use to deploy your applications to.

GitLab CI is another continuous integration tool, this time built into GitLab – a Git repo hosting and tools platform. It was originally a separate project, but gained so much traction they decided to move it into the core in 2015. That also means that GitLab CI can only be used with GitLab.

GitLab CI uses the same “beautiful” experience as GitLab does. It’s open source, free for the community version, and easy to learn with the quick start guide.

The enterprise edition starts at $16 per user.

“Test and deploy with confidence” is the Travis slogan. Proof that this is a great tool is the number of people using it. Over 900k open source projects on the platform, and 600k users all up. That’s a lot for a free open source tool! You can use it to coordinate thousands of commits and contributors.

The process for using Travis is super simple. Login using GitHub, give Travis a project to test, then push it to your repository. Easy stuff. It makes it easy to test your code runs smoothly against all kinds of languages, and to test every pull request is tested before merging.

You can deploy to Amazon S3 and Heroku, and update staging and production as soon as tests pass.

If you want a private repository, there are different paid private plans ranging from $129-$489 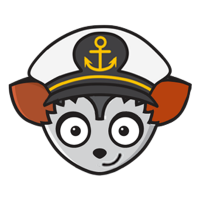 Is a continuous integration/delivery automation platform. With Docker support, it helps streamline the process of provisioning, building, and pushing apps to production – deploying any application anywhere.

Shippable is very flexible, so you’ll be able to work with many other tools you’re already using, all programming languages, and cloud providers.

It’s free to get started, with a premium subscription for $25. There are more options available for teams.

That’s it for our software deployment tools comparison. There are obviously hundreds more we haven’t talked about here. DevOps and continuous deployment tools are becoming ever more important. The big software houses and cloud vendors are competing for market share, and there are great open source projects popping up to fill in everywhere else. Whatever you need, there is probably a great tool out there somewhere.

Which software development tools are best?

Are there free software development tools?

There are lots of free software development tools out there that have been used to build many great apps.