Ethereum (Eth2) Upgrade and What It Means for Software Development? 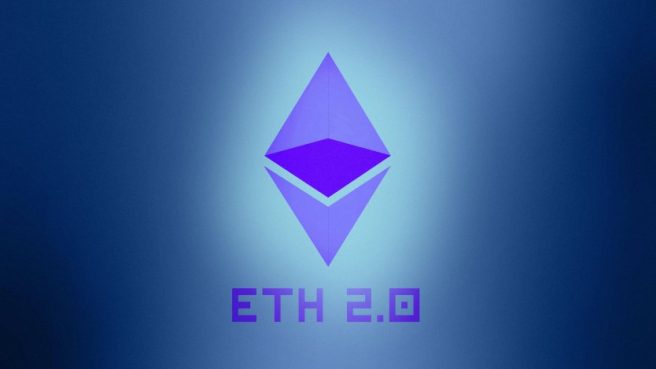 This Ethereum upgrade involves significant changes, and it will change software development on the Ethereum platform.

What is Ethereum Eth2 Upgrade?

The Ethereum Foundation has published information about the well-publicized Ethereum Eth2 upgrade. This information doesn’t fully match with authoritative media reports on this subject.

We have taken both sets of information into account to explain the Ethereum network upgrade.

The following is a brief account of the planned Eth2 upgrade of the Ethereum network:

A. What is the key driver for the planned Ethereum network upgrade?

Ether (ETH) is the second-most popular cryptocurrency, and the Ethereum blockchain network has played a key role in popularizing blockchain.

The Ethereum project team has also introduced smart contracts and DApps (Decentralized Applications). All of these enabled developers to create applications with a decentralized business model.

DeFi (Decentralized Finance) applications are examples of them.

The Ethereum blockchain platform is successful, however, it has scalability and performance issues. It uses the “Proof of Work” (POW) consensus algorithm to verify transactions.

This transaction validation process is called “mining”. It requires a lot of computing power to validate ethereum transactions.

“Miners”, i.e., transaction validators need to use GPU cards and other specialized hardware to get that computing power.

The POW algorithm causes network congestion. It increases the Ethereum “gas fees”, which is hard for users.

The POW algorithm increases energy consumption considerably. That has a negative environmental impact.

B. The “Proof of Stake” consensus algorithm: The answer to the scalability and transaction throughput issues of the Ethereum network

The Ethereum project team is transitioning to the “Proof of Stake” (PoS) algorithm to resolve the above-mentioned issues.

The PoS algorithm involves people locking in the native token of a blockchain network to become transaction validators. They are called “stakers”, and they naturally have incentives to ensure fair play.

In the case of Ethereum, transaction validators will stake their Ethers. People that stake more Ethers for a longer duration will get more opportunities to validate transactions. They can earn higher staking rewards.

This algorithm offers better scalability and transaction throughput. It doesn’t use much computer power, therefore, Ethereum can cut energy consumption.

Reducing energy consumption will reduce the carbon footprint of Ethereum.

i) Rolling out the “Beacon chain”

The Beacon chain isn’t energy-intensive. It currently runs parallel to the Ethereum mainnet. Interested Ethereum users can stake their Ethers on this environment-friendly chain.

ii) Merging the Ethereum mainnet with the Beacon chain

The second stage of the planned Ethereum upgrade involves merging the current Ethereum mainnet into the Beacon chain. This merge will result in a single chain.

The 3rd stage of the Ethereum upgrade will introduce sharding. Sharding is a well-known concept in the world of database management.

It involves partitioning a database for better scalability. In the case of the Ethereum blockchain network, sharding will partition the entire network into multiple “shards”.

The Ethereum network will need different transaction validators for each shard. That can happen only after implementing the proof of stake consensus algorithm or an algorithm similar to it.

Sharding isn’t possible in a blockchain network that uses the POW algorithm.

Therefore, the Ethereum Foundation can introduce shard chains only after merging the current Ethereum mainnet into the Beacon chain. The introduction of shard chains is expected in 2023.

The 4th stage of the Ethereum upgrade involves replacing EVM with eWASM. EVM provides the runtime environment for smart contracts and DApps running on the Ethereum network.

Ethereum developers need to write smart contracts in Solidity to execute them on EVM. Solidity isn’t as common a programming language as C or C++. Developers sometimes find Solidity hard to understand.

Also, the Ethereum ecosystem has observed performance issues with EVM.

WebAssembly is a project of the World Wide Web Consortium. It makes web development easier for developers. eWASM is a subset of this project, and it’s expected to offer better performance than EVM.

Ethereum developers can code smart contracts in C and C++ when eWASM is rolled out. The roll-out date for eWASM isn’t clear at the time of writing.

The impact of the planned Ethereum upgrade on software development

The planned upgrade will have the following impacts on Ethereum development:

1. There will be more Ethereum development projects

The energy-intensive POW algorithm provides the best-possible decentralized security to the Ethereum blockchain network. However, it impacts transaction throughput and scalability adversely.

The planned Ethereum upgrade will considerably improve the scalability and performance throughput of Ethereum.

2. There will be a higher demand for Ethereum developers

3. Ethereum developers will need to understand the concepts of sharding after shard chains are introduced

Sharding is a well-established concept in database management. While a few blockchain projects use it already, sharding isn’t highly common in the blockchain space.

Naturally, they have limited familiarity with sharding.

When the Ethereum Foundation rolls out the shard chains, Ethereum developers need to learn more about sharding.

4. C/C++ developers will enter the Ethereum development landscape after the implementation of eWASM

The implementation of eWASM will bring Ethereum closer to developers with C/C++ skills. That’s a change from the present dependence on a few programming languages.

EVM doesn’t support traditional programming languages. It supports Solidity and Vyper, which are for Ethereum development only.

eWASM is a subset of WebAssembly. W3C (World Wide Web Consortium) has created WebAssembly with the objective of making web development simpler. eWASM will open up Ethereum development to C/C++ developers, which is an advantage.

We can’t yet say when this larger pool of Ethereum developers will be available. That’s because we don’t yet know the roll-out date of eWASM.

5. Ethereum development tools will undergo changes due to the Ethereum upgrade

There is a growing ecosystem of Ethereum development tools. Many of them will undergo considerable changes due to the planned Ethereum upgrade.

Since the planned Eth2 upgrade is in multiple stages, the tools will change in various stages.

The Ethereum upgrade will impact the following Ethereum development tools:

6. Ethereum development guides and other documentation will need changes due to the planned upgrade

The Ethereum Foundation offers extensive Ethereum development guides. Many of them will need changes due to the planned network upgrade.

These changes will need to be done in different stages since they need to align with the actual upgrade schedule.

Many 3rd party organizations and communities provide extensive documentation and guides for the ethereum community including developers.

Examples are open-source projects that provide Ethereum development tools. They need to modify their documentation.

New vulnerabilities might arise after the transition to eWASM, and these need to be documented.

7. Ethereum development might become simpler after the transition to eWASM

This should have the following impacts:

Read our blog for more details on blockchain development.

Contact DevTeam.Space and one of our account managers will explain to you how our field-expert software developers are the best fit for such projects.

2. Does POW have challenges other than high energy costs, lack of scalability, and low performance?

Apart from the above-mentioned challenges, the POW algorithm is giving rise to the centralization of blockchain mining operations. Crypto mining involving the POW algorithm requires high investments. Large companies are already dominating this landscape, which is undesirable.