ALL ARTICLES
Home Blog Software development How Much Does it Cost to Build a Figma Prototype?

How Much Does it Cost to Build a Figma Prototype? 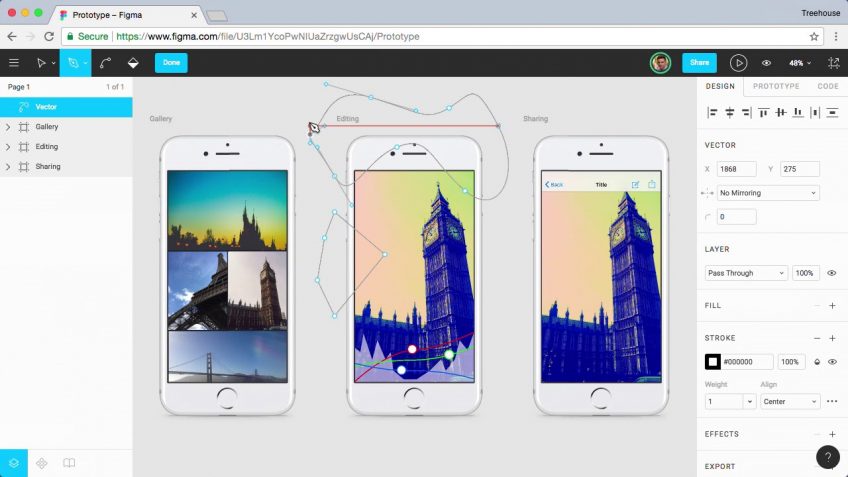 Trying to put your finger on the most realistic cost to build a Figma prototype?

Over the last few years, Figma has grown into becoming one of the most-used cloud-based design and prototyping tools in the software. With it, designers create mockup design user interfaces that allow you to visualize user interactive flows when navigating your mobile app and website.

Today, any business venturing into creating a digital experience needs a compelling design system to stand out among its competitors. With that in mind, the cost one will have to assume for a Figma prototype will vary based on the complexity of the project as well as who is hired to undertake the task.

As is customary in the software product development process, a fundamental initial phase prior to fleshing out the final product is first building a visual representation of what it will look like.

Usually, this step follows a three-pronged process marked first by developing wireframes (or in some cases sketches), followed by mockups, and lastly with prototypes being loosely considered the point of no return before you actually start developing software.

Figma enables you to easily convert wireframes into interactive prototypes within their platform without the need to use alternative or additional software.

Needless to say, since prototypes constitute the closest thing to what the final product will look like, user interface (UI) design plays an integral role in how you translate the product idea to developers prior to its creation.

Not only does UI design in the prototyping process lay the foundation upon which you run detailed user testing to gauge interface usability, but it also allows you to gain perspective discovery from UI/UX designers, engineers, researchers, and stakeholders to help align understanding.

Consequently, the price of your Figma prototype will depend on the complexity and scope of the project in itself. As a leading software development tool, the sky’s the limit when it comes to prototyping possibilities with Figma. The more advanced the prototype design is, the higher the prototype development cost that you’d have to assume.

Here are examples of advanced prototype concepts in Figma:

Buttons are standard-yet-crucial interactive functionalities in UI design that impact directly user experience. Nowadays, designers are experimenting with fancier, more visually-appealing interactive designs such as the GIF featured above.

These types of interactive buttons require the carrying out of a series of steps which include overlaying design files, swapping states, adding in extra CSS Figma file overlays, and a host of other steps which the average Figma designer may not know.

Similar to complex interactive buttons, floating action buttons are far from average clickable buttons that appear on a screen. Essentially, once a user clicks on them, a pop-up menu is displayed which allows the user to continue navigating based on the range of options that show up, as can be seen in the example above.

Creating one involves using a FAB button component, creating multiple screens, and doing a series of transitions between them that the ordinary Figma designer will probably not know how to do.

While this is fairly common in UI design since it gives the user more control over the interface, it still remains a fairly difficult practice to implement. Doing so involves creating the navbar and then fiddling with Figma’s design section (accessible via the Prototype tab) to make it sticky.

While this is probably the least complicated of the three UI elements mentioned, it still poses occasional difficulty to some Figma designers. Of course, all of these UI creations can be made even more complicated depending on typography needs, background color choices, and whether smart animate is implemented.

How Much Does it Cost to Build a Prototype – An Estimation

As mentioned previously, Figma prototype costs depend mainly on two factors: firstly, the complexity of your prototype as well as who is in charge of its creation.

Some businesses may be tempted to contract a freelance Figma designer at a cost of roughly $15 or $20 an hour via a platform such as Upwork, Fiverr, or a job board.

The reasoning is clear-as-day:

For that reason, neither freelance platforms nor job boards constitute the best platforms through which you should connect with software professionals.

Instead, a good place to begin your quest for talented Figma designers is right here at DevTeam.Space.

Tips and traps when hiring UI designers with Figma skills

You need to hire the right UI designer that can create prototypes using Figma. That can often be hard. We offer a few tips, furthermore, we highlight a few risks. These are as follows:

You need to conduct a thorough interview. Allocate sufficient time for this. Check whether the candidates know in and out about Figma. For example, evaluate the following:

Avoid the risk of asking questions in only a few areas and overlooking the rest.

B. Asking questions that evaluate the experience of real product design

Ask questions that help you to evaluate the relevant experience of candidates. You need to go well beyond theoretical questions. Talk about real project scenarios and ask questions about them.

The following are examples of what you should try to evaluate:

Evaluate how the candidates took full control of the prototyping process using the capabilities of Figma. Avoid asking theoretical questions only.

DevTeam.Space is a specially-vetted community of top software developers who are all bolstered by an agile AI process that facilitates seamless project management.

In our community, you’ll find UI/UX designers who specialize in creating compelling Figma designs and prototypes. They are all willing, ready, and able to assist you in taking your digital project to the next level.

The members of our community have all been selected to form part of DevTeam.Space based on their prowess, skills, knowledge, and experience in delivering high-standard services to their partnering businesses.

In addition, they are all supported by an agile AI algorithm process which grants them everything needed to guarantee smooth project management:

Through DevTeam.Space, you can connect with both individual software developers and teams whom you can integrate into your project and get things underway.

At a time where UI design occupies an integral part of your prototyping, DevTeam.Space picks up from where other platforms drop the ball by putting you in the pathway of top designers to build prototypes that wow your users.

Don’t fall for the trap of connecting with a shady professional who’ll promise to get the job done for a few dollars an hour. Doing will cost you big in the long run.

Instead, DevTeam.Space connects you with expert Figma designers who will go above and beyond to deliver a stunning prototype in your product development journey.

Get in touch with them here. Take a few minutes to fill out our DevTeam.Space questionnaire.

An account manager from DevTeam.Space will connect with you at the earliest with a designer specializing in Figma so you can get your project underway.

1. How much does it cost to build a prototype?

The exact total cost to build a prototype depends on what you want from a product, the features you want to include, etc. Contact an experienced custom software design and development company like DevTeam.Space to get an accurate estimate for rapid prototyping of your software idea.

2. Can I use Figma to build prototypes?

3. Is the Figma prototype free?

Figma is free online too to design, prototype, collaborate and share designs.