How to Conduct Ethereum App Development 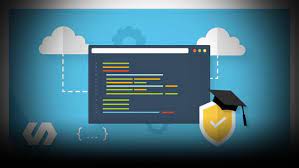 Are you a startup planning for Ethereum app development? Thanks to decentralized application development being based on a relatively undeveloped technology, it can open up a world of new possibilities for your company.

In this article, we will cover the steps of Ethereum app development. We will also cover the various terminologies and concepts related to Decentralized blockchain app development in case you are new to this technology.

A blockchain is a digital log (called a ledger, which we will learn in the next section) of transactions that are copied and distributed throughout the blockchain network of individual computer systems.

Each block on the chain comprises of transactions, and whenever a new transaction takes place on the blockchain, a copy of that transaction is added to the previous one to form a ‘chain’.

One example of a popular blockchain solution is Ethereum, a blockchain that can be used to develop and run blockchain apps and as a cryptocurrency. It is currently the second-largest cryptocurrency by market capitalization.

Before we move on to learn Ethereum app development, it will be a good practice that we understand some basic terminologies related to it.

Smart contracts are just programs that allow transactions to be enacted when specific criteria are met. They are generally used to execute an agreement automatically, allowing for processes to be sped up and to be recorded on the blockchain.

Proof-of-work (PoW) is a consensus protocol or algorithm that allows the blockchain’s nodes to agree on the current status of the information stored on the blockchain, helping to allow for payment for processing tasks, etc.

One of the most popular uses of PoW has been seen in Bitcoin and Ethereum. To see how proof-of-work compares to a yet popular algorithm, proof-of-stake, click on this article.

Solidity is an object-oriented programming (OOP) language that is used for writing and implementing ethereum smart contracts. The Solidity-compiled programs are designed to run on the Ethereum Virtual Machine.

API stands for Application Programming Interface and is a set of protocols and definitions used to build and integrate application software. APIs let you establish communication with different products or services without the need to know how they are implemented.

JSON-RPC is a data interchange protocol that allows a client (such as a blockchain explorer) to send commands to a server (such as your local blockchain node) and listen for responses. JSON-RPC refers to two independent principles that, when combined, result in a widely used protocol.

For a start, we’ll have to install some dependencies and tools that will allow us to run our smart contracts. Let’s have a look.

We will need multiple development tools and packages to create a local environment.

Truffle is an all-in-one development environment, asset pipeline, and testing framework. Truffle is built on the Ethereum Blockchain and is intended to make the development of DApps go as smoothly as possible.

Truffle allows you to deploy, compile, and test ethereum smart Contracts, as well as inject them into web apps and create front-ends for DApps. Here are some of the features of Truffle:

To install Truffle Ethereum, you’ll need to set up the Node Package Manager (npm). For that, you’ll have to open the terminal and type the following into it:

On Linux operating system, you may need to add the “sudo” prefix to the above sentence. Make sure to install the Ganache blockchain emulator after you’ve installed the Truffle framework. You can find installers for the most popular platforms on the official Ganache website.

Ethereum Ganache is a development and testing blockchain that runs locally in memory. It mimics the characteristics of a real Ethereum network, including the availability of a number of test Ether-funded accounts.

It is available as a graphical UI and a command-line application. Both versions include an RPC interface that you can access on a localhost port, just like connecting to a real Ethereum node.

It’s simple to get started using Ethereum Ganache right away. The user can choose between a quick start or a customized workspace after running the graphical user interface.

The quick start workspace creates an in-memory blockchain that is ready to use, with some basic default values for parameters like the Ethereum Virtual Machine (EVM), gas pricing, gas limit, and the RPC interface to be given to the localhost. It also creates ten accounts that are both funded and unlocked.

The goal of developing solidity language for Ethereum is to keep smart contracts deterministic and accurate.

For the purpose of creating a new block, the node executes programming tools and smart contracts within the Ethereum connected blocks. This means the code that is run is enrolled based on the block’s sequence.

The program phase is relocated to new storage exchanges as the execution process progresses to the next level. These transactions are initially carried out at the miner’s location. The new block gets dispersed to various working nodes within the blockchain after execution.

To ensure the integrity of the smart contract architecture, each node independently verifies the block by correlating state changes using any local copy of the block. The blockchain nodes accept the exchanges when the state changes are deterministic.

Similarly, if the nodes are unable to reach an agreement, the block’s execution is halted, and the network may come to an end.

MetaMask allows you to securely connect to decentralized applications, save and control account keys, broadcast payments, and send or receive Ethereum-based coins and tokens using a compatible web browser or the mobile app’s built-in browser.

The software offers an integrated tool for exchanging Ethereum tokens that find the cheapest exchange rate by aggregating numerous decentralized exchanges (DEXs). This feature, called MetaMask Swaps, charges a fee of 0.875 percent of the transaction amount for this service.

The wallet works with the most popular browsers, including Firefox, Chrome, Brave, and Microsoft Edge. In addition, MetaMask contains Ethereum’s native currency, ETH, and tokens based on the ERC-721 and ERC-20 protocol standards.

MetaMask’s amazing encryption technology, which securely keeps a password and a private key in each user’s device, is one feature that distinguishes it as a top Ethereum wallet. Users can also link several wallets and swap between the major testnets, Ethereum mainnet, and even the Binance Smart Chain mainnet.

As of now, we have installed the dependencies required to get our project going. The next step in this process is to do the following:

These are the steps that you’ll have to go through for Ethereum app development, considering you have the skills to code in each of these steps. Visit our article on “How To Integrate A Blockchain Supply Chain Into Your Enterprise Company” to learn more about the blockchain development process.

Should you build your own blockchain app using Ethereum?

Ethereum is a public blockchain network. When you build a DApp on Ethereum, you are building an app for anyone that joins the Ethereum network. Do you want that? Analyze this question thoroughly.

Assume you lead an organization that functions in highly regulated sectors like healthcare or real estate. Your organization likely processes sensitive data. You can’t let anonymous or pseudonymous participants in a public blockchain see that data.

Your project requires a private blockchain since it’s a permissioned network. They are called “enterprise blockchain networks”. By implementing access control, you secure your sensitive data. The Ethereum blockchain network isn’t the right choice for you in this case.

What options do you have for building a permissioned blockchain?

However, you can implement access control. Permissioned blockchain networks typically use different consensus algorithms and not the POW (Proof of Work) algorithm. Check out the following examples:

Managing the IT infrastructure for a permissioned blockchain

When you build a DApp on the Ethereum public blockchain network, you focus only on the business logic. You don’t need to manage the IT infrastructure.

Ethereum is an established public blockchain network. The network already had nodes managed by individual users.

When you build an enterprise blockchain network, you need to manage the IT infrastructure. This includes servers, networks, etc. That’s hard work, and you would rather work on the business logic.

The good news is that several cloud computing providers offer BaaS (Blockchain-as-a-Service) platforms. We have described blockchain network hosts like AWS, Azure, SAP, and IBM so that you can choose one.

Which programming languages do blockchain developers use for building an enterprise blockchain app?

Keep the following considerations in mind:

Creating a cryptographic token based on the Ethereum blockchain platform

Keep the following best practices in mind for ethereum development:

The importance of a smart contract audit

You need to eliminate bugs before deploying smart contracts, however, testing can never catch all bugs. Code review is important. Implement a thorough smart contract audit process in your project.

Blockchain technology is new and facing tremendous transformation in terms of its scope of usage.

This article covered the main topics on ethereum app development in brief.  It is important to remember that developing a blockchain app for an enterprise or company that solves a real-world problem is tricky.

You should and must choose the right ethereum platform and the right team to handle your requirements. If you are lacking any skilled ethereum developers, then DevTeam.Space has the right expertise and experience on hand today.

Our developers and dev teams have built numerous blockchain solutions that are already in the marketplace. Simply fill out one of our project specification forms and we will be in touch to see how we can help with ethereum application development services.

1. How to create a smart contract in blockchain?

You can create smart contracts by following these steps:

2. How to build an app on a blockchain?

Building an app on the blockchain requires skills in JavaScript, Json, Solidity, and more. You must select a platform of your preference.  Ethereum, Hyperledger Fabric, and Cardano are the three main platforms to choose from. Before diving into the app development lessons, I recommend studying everything there is to know about blockchain. You should also learn more about the ecosystem, which includes blockchain technologies, platforms, and cryptocurrencies. You can read this article for details.

A blockchain is a digital log of transactions that are copied and distributed throughout the blockchain’s whole network of computer systems. Each block on the chain comprises many transactions, and whenever a new transaction takes place on the blockchain, a copy of that transaction is put to each participant’s ledger.
As a member of a members-only network, you can trust that you will receive accurate and timely data from the blockchain and that your confidential blockchain records will be exchanged just with network participants to whom you have specifically authorized access.