ALL ARTICLES
Home Blog Blockchain How to Perform a Smart Contract Audit?

How to Perform a Smart Contract Audit? 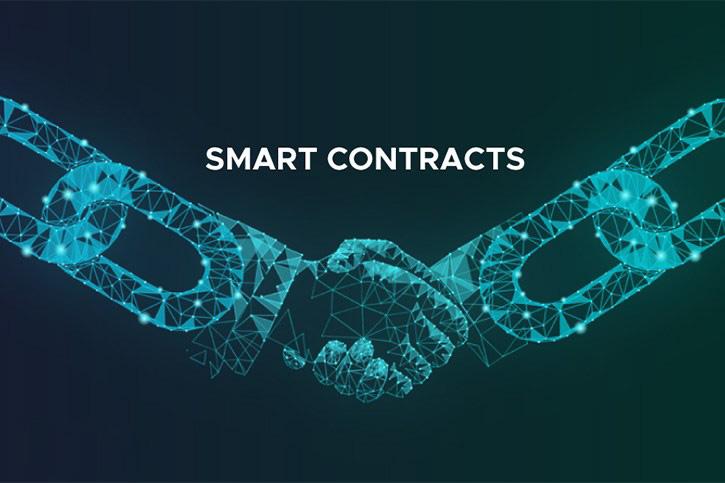 Interested in how to perform a smart contract audit?

One of the several issues with the smart contract technology is the need to properly audit smart contracts to ensure that there are no security issues and that all contracts are fully performance-optimized.

If you have never audited a smart contract before then the process can certainly be a real test for your development team. In this article, I intend to outline exactly what is involved in a smart contract audit.

How to do a Smart Contract Audit

There are two fundamental approaches to smart contract auditing – Manual and Automatic code analysis. Let‘s take a look at exactly what each one involves:

Manual vs. Automatic analysis of code

While there are a few prizes for guessing what manual analysis of code involves, there are a number of advantages to this approach.

If you have a good-sized development team, conducting a manual analysis of the smart contract code is the best way of identifying coding problems.

A manual review of code will involve the team examining each line of code in order to scrutinize it for compilation and re-entrance mistakes as well as security issues.

Naturally, a particular focus should be paid to identifying security issues as these are the biggest threat to the successful long-term implementation of your smart contract.

Automatic code analysis has the benefit of saving software development teams massive amounts of time when checking their code.

Such an audit including automatic analysis of code also allows for sophisticated penetration testing which helps find vulnerabilities extremely quickly.

The majority of developers who create Ethereum smart contracts use Truffle to conduct automatic code testing. Alternatively, other developers use programs like Populus, a python-based framework that allows for quick testing using TestRPC.

When relying on automated code testing programs, developers need to remember that they do have a number of drawbacks.

The main problems that arise from automated code analysis include missed vulnerabilities and code being falsely identified as a problem when it isn‘t.

While false positives can be a nuisance, the real danger is in missed vulnerabilities. It is for this reason that developers should always conduct a thorough manual analysis of code even if they have already conducted automated code testing.

Examples of the types of cybersecurity attacks for Ethereum smart contract audits:

It is for this reason that all smart contract audits should include performance validation. Poorly optimized contracts will also cost more to execute as I will explain later on.

Validation will include checking the code for any errors that might slow down or affect other aspects of the contract’s performance in some way.

The easiest place to start when conducting a performance review is performing formal verification to see if the contract executes in a way that fulfills all the agreements that both parties decided when entering the contract.

In the case of a supply chain-based smart contract, for example, this agreement could be something as simple as one party confirming the delivery of goods, something which would then trigger the release of payment in the form of crypto tokens or a cryptocurrency such as ETH or Bitcoin, etc.

Checking that the defi (decentralized finance) contract is able to automatically initiate the payment after the delivery of goods is registered is the first step.

Next will be to test the contract for variables. Since there can be a wide range of contract “triggers” and resulting actions, it is important that the contract is tested to ascertain that it is able to handle all the possible variations that might be asked from it.

Therefore, part of performance validation also includes pressure testing the smart contract for variables that might arise from how it is implemented in the real world.

Examples of this could be anything from a third party setting up the contract, changes in conditions of execution, changes to the completing action(s) of the contract after it is activated, and even how the contract reacts to disputes arising from one or both parties feeling that the terms of the contract have not been properly fulfilled.

Believe it or not but one of the most recurring performance-related problems results from developers not understanding the full scope of the contract.

A simple misunderstanding regarding the exact specifications of the contract will almost certainly lead to errors in its operation.

Testing for as many of these potential errors or oversights as possible before activating the smart contract will help reduce the instances where contracts act inappropriately or don’t provide all the desired outcomes.

In order to cover the costs of transacting smart contracts, platforms such as the Ethereum Project need to charge ’gas‘ in the form of Ether. Gas prices vary depending on the complexity of the smart contract design.

In this example, they vary according to the number of operation codes that the Ethereum blockchain Virtual Machine has to execute. For a clearer picture of exactly how much your smart contract will cost to maintain, you can see a complete listing of Ethereum‘s prices here.

Before even getting near coding your smart contract, you should already have a good idea of the gas costs associated with your particular contract’s operation.

Once you have this estimate then you can use this figure to see whether your smart contract needs optimizing.

By executing a single smart contract transaction, and then comparing the gas costs you have been charged with your original estimate, you will be able to gain a clear view of just how optimized your contract actually is.

There has probably never been a piece of software that didn‘t contain either bugs or some kind of vulnerability. Smart contracts are unfortunately no different.

According to an article in Bleeping Computer, a group of researchers created a tool named Oyente and found 34,200 Vulnerable Ethereum Smart Contracts in 2016 alone.

The article points out that the team created the tool after a hacker found a vulnerability in a smart contract launched by The DAO organization.

This hacker was then able to steal a whopping $50 million from their ICO. This figure gives some idea of the enormity of the problem and highlights why conducting a thorough smart contract security audit is so essential.

Fortunately, the research team released the source code of Oyente back in 2016 on Github. Since it is open-source, it is free for any developer to download.

Though this tool is now largely out of date and so has problems detecting more recent vulnerability threats, it is still a valuable tool that can help developers identify many blockchain security vulnerabilities.

Another group of researchers recently developed an even more advanced tool called Maian. This tool is particularly useful in searching for vulnerabilities in contracts that would allow hackers to steal funds from wallets.

Sadly, the Maian team has chosen not to release the software due to the risk of attackers using it to identify vulnerable contracts to attack.

While Maian has not yet been made available, developers can still use the equally effective Mythril, a program by Consensys, that has attempted to build on the work of both teams.

What does a Smart Contract Security Audit Process cost?

Firstly, a huge factor is whether a company or a startup uses their in-house team or a specialist outsource dev team.

While the costs associated with outsourcing smart contract security audits are higher, the chance of identifying security vulnerabilities is likely to be much better due to their level of expertise and ability to look at the blockchain project from new angles.

Thanks to a growing group of passionate smart code experts it is now possible to submit your code for a “comprehensive quality review” and security audit report through sites such as Solidified.io.

Sites like these provide smart contract developers access to a pool of talented auditors who are experts in using automated tools and algorithms for blockchain technology.

They will analyze the code to see if it will execute according to its intended behavior, as well as examine it through unit tests for vulnerabilities, Solidity construct usage, best practices, etc.

For this reason, it is certainly worthy for any company that is looking for the most cost-effective way to audit their smart contracts to consider this option.

The only drawback to this approach is that some blockchain application contracts might not interest the experts on these sites enough to audit them. Moreover, waiting times can also be high.

For more information on alternative solutions to hiring a smart contract implementation team, you can read this great article.

While there are many ways to approach a smart contract audit, the final goal is always the same. Any audit should ensure that the code is free from errors and is bug-free.

Thanks to the development of more and more powerful tools to help automate smart contract auditing, the whole audit process is becoming easier day by day.

However, we are still some way off developing a sophisticated enough smart contract ecosystem to replace good old-fashioned manual code reviews.

Most developers recognize the value of having their code audited by an entirely separate group of dapp experts.

Whether this is a dedicated development team or a group of impassioned smart contract programmers who are willing to audit your code for free, the benefits of multilayered scrutiny of code cannot be overstated.

Read more on blockchain audit in our blog here.

If you are still looking to outsource expert blockchain developers to either create or audit your smart contract project, contact DevTeam.Space by filling this quick form. One of our technical managers will get in touch with you soon to help you build the right smart contract project team.

What is a smart contract audit?

This is an audit of the code written for a smart contract. It is required to ensure that there are no errors in it as once the code is written to the blockchain, it is very hard to change.

How to undertake a smart contract audit?

A smart contract requires an experienced developer or code reviewer to go line by line through the code to ensure that it is error-free. Automated code review is also a good way to spot errors.

Where can I find developers to audit my smart contract?

You should only hire experienced code reviewers. You can find such developers in the DevTeam.Space community where all code reviewers are performance tested.