How To Launch An App In China 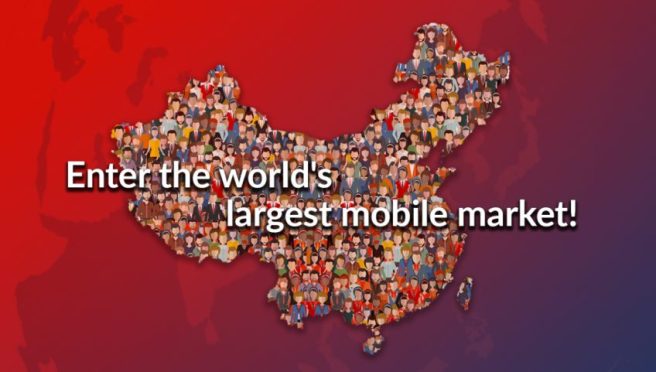 Interested in knowing how to launch an app in China?

The Chinese app market is huge and it presents enormous opportunities for growth for companies that are willing to take the chance. Let’s see in detail how you can launch an app in China.

Smartphone user base in China: A vast market 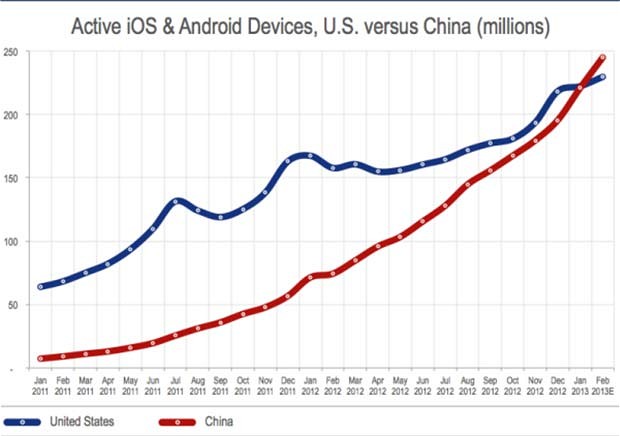 Why do we say that you can’t overlook Chinese users when you think of offering a mobile app for the global market? Well, smartphone penetration is huge in China.

According to Statista, on average, Chinese mobile users have 65 mobile apps installed on their smartphones and they spend 5.1 hours a day using these apps.

If you are targeting specific geography, e.g., North America, with your mobile app, then the massive user base in China isn’t that relevant to you. However, if you are launching an app targeting a global user base, then you simply can’t ignore the Chinese users!

Most of us take access to the Internet for granted, don’t we? Well, it’s quite different in China, and that has a substantial impact on the market for apps in this country.

China imposes significant restrictions on its Internet users. The Chinese government has enacted stringent regulations that aid in Internet censorship. It also works with telecommunications and technology companies in the country to implement technical measures to censor the Internet.

According to a Freedom House report, China is one of those countries that provide the least Internet freedom. The report cites various aspects to substantiate its conclusion, e.g., obstacles to access, limits on content, etc.

China is further tightening its Internet censorship with more regulations, which can help the Chinese government to categorize content on the Internet as illegal. Read “China’s new Internet-censorship rules highlight role of algorithms” for more information.

China has implemented a vast array of technical measures to censor the Internet, and it’s commonly known as the “Great Firewall of China”. The country blocks Google, Facebook, YouTube, etc., and Apple had to delete apps from its app store to satisfy the Chinese government.

Read “The Great Firewall of China” for more insights. It is sufficient to say that you need to do things quite differently if you plan to launch an app in China, and we will touch upon this aspect shortly.

Note that Hong Kong, a “Special Administrative Region” (SAR) in China isn’t subject to this kind of Internet censorship. Although Hong Kong is part of the “People’s Republic of China” (PROC), it has its own governance and legal systems.

As part of the “One Country, Two Systems” arrangement, Hong Kong has substantial autonomy. You can read more about this in this Wikipedia entry about the “Great Firewall”.

Let’s now take a deep dive into how you can launch an app in China.

Launch an app in China

You will follow the following steps to launch an app in China:

1. Prepare to comply with the regulations of the People’s Republic of China

If you are launching an app in China, then you are going to operate a business in that country. This is the very first thing that you need to realize, therefore, prepare to comply with the app compliance laws in China.

Read “10 things you should know about starting a business in China” for more information.

2. Launching an app in China? Familiarize yourself with the app stores in China

What do you do when you plan to launch a mobile app in most countries? Well, if you are launching an iOS app, then you submit it to the Apple App Store. On the other hand, if you are offering an Android app, then you will publish it to Google Play.

The situation changes drastically for Android users since China blocks Google Play. If you are offering an Android app, then you will need to choose one or more android app stores that are popular in China. The following are a few examples of popular app stores in China:

3. Value cultural sensitivity when you create an app for the Chinese market

China is an ancient civilization, and the Chinese people retain their ancient culture while embracing modernity. The country has plenty of diversity vis-à-vis ethnicity, language, religion, art, food, and customs.

Pay close attention to the unique cultural traits of the country and design the content in your app in accordance with them. This will help you to attract and retain Chinese users.

While “Standard Chinese” is a standardized dialect of the Mandarin language, it also includes several aspects of quite a few other common dialects. Chinese people refer to it as “Putonghua”, which means “common speech”. Read more about this in “What languages are spoken In China?”.

4. Design the UI of your app keeping your Chinese audience in mind

Do you mostly use apps offered by North American or Western European businesses? You likely see “User Interface” (UI) designs that are minimalist, and the popular apps you use probably minimize clutter to a great extent.

What if you try to use the same UI design style for launching an app in China? Well, you might not meet with success!

Popular Chinese apps have UIs that present a lot of text and information, moreover, they contain many “Call To Action” (CTA) links/buttons. The concentration of texts, information, and CTAs on the UI of these apps is significantly higher than the apps that are popular in the Western world.

There are many reasons for this key difference, e.g., the inherent complexity in the characters of the Chinese language script. Read more about this in “Battle of the Chinese vs Western style UI & UX”.

5. Integrate with the Chinese social media platforms when you launch an app in China

Are you planning to incorporate social media integration into your app? Well, you would likely think of using Facebook, Twitter, YouTube, and WhatsApp integration, wouldn’t you? Except, that wouldn’t quite work in China!

The Chinese government has banned Twitter, Facebook, YouTube, and WhatsApp, therefore, you need to look for their Chinese alternatives. Consider integrating your app with the following social media platforms in China:

Read more about these platforms in “China’s Facebook and other social media platform alternatives”.

You have likely planned to offer several common features as part of your app, e.g., “push notifications”, an integration with a mapping service, etc. If you are launching your app in most places other than China, you will likely use popular services to offer these features.

You need to do things quite differently in China, though! While APNS works in China, GCM and FCM don’t. You will need to use Chinese alternatives like “Baidu Push”, “jPush”, etc. Read more about this in “Which third-party chat API works and provides the push notification feature in China?”.

The “Google Maps Platform” doesn’t work in China, therefore, you need to use a Chinese alternative. You could integrate “Baidu Maps” or “OsmAnd Maps” into your app. Read “How to use Google Maps in China (plus best alternatives)” to learn more about these Chinese mapping platforms.

How about payment services? If you are targeting the North American or Western European markets, you will likely integrate Stripe or similar payment services into your app. The scenario is quite different in China, where these payment providers face very stiff competition.

However, at the time of writing this guide, I recommend that you integrate Chinese payment providers like WeChat Pay or Alipay while creating an app for the Chinese market. This will help you to offer the “in-app purchase” feature relatively easily in China.

Planning to launch an app in China?

As you can see, the Chinese market is quite different. There are many reasons for this, e.g., Internet censorship, the dominance of the local players, etc. You need to successfully navigate the complexities arising out of this, which will improve your chances of success.

DevTeam.Space can help you with the complex project of launching a mobile in the Chinese market. We have a field-expert software developers community vetted for expertise in the latest development technologies and an AI-powered project management process in place to help you manage your app developers and their work.

You, as a business CEO or CTO, can easily partner with these mobile app developers by writing your initial app development and release requirements via this form and one of our account managers will get back to you to provide further assistance.

Should I launch an app in China?

Launching an app in the Chinese market can mean significant new numbers of users and profits. Read this guide for more information.

What do I need to do to launch an app in China?

You will need to make sure that it complies with the terms and regulations for both the Chinese app store and government regulations. Read this article for more information.

Is now a good time to launch an app in China?

The current political situation makes launching an app in China a huge risk. However, it is certainly worth doing a detailed risk assessment before you make your decision.