How to Make a Card Game App? 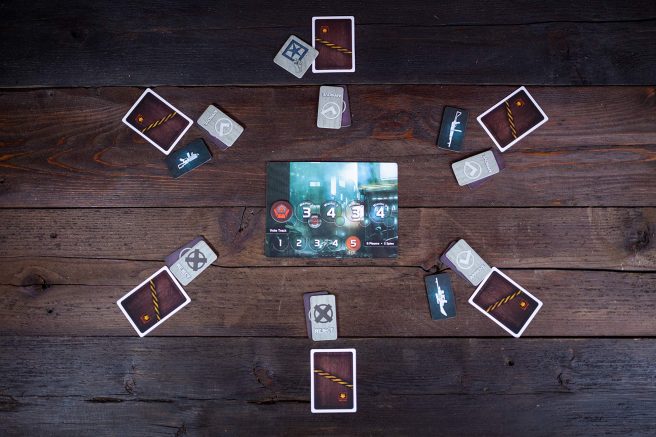 Are you interested in knowing how to make a card game app?

The total market revenue for card game apps reached 15.71 billion USD in 2022 and is expected to increase to 26.87 billion USD by 2026, according to a Statista report. The total number of card game downloads is projected to reach 1,717.6 million by 2023.

The statistics show card game apps are likely to stay famous among users given the historical popularity of card games. The growing market also offers many opportunities for businesses that plan to invest in card game app development.

You can make a card game app as a digital version of a traditional game like UNO, Solitaire, etc., or develop a new game with a new card-game rule set.

You will go through the following steps to make a card game app whether it is a digital remake of an existing card game or an entirely new card game with unique features for the audience.

This research will help you determine the scope of your card game app development project. You will decide the features you want to deliver, the market audience you want to target, etc.

A few of the key features of the card game include:

Build a Team to Make a Card Game App

You will form a game app development team with the following roles:

Scrum is an agile development framework that builds a cross-functional team of developers and testers. The team members closely work together to deliver a deployable app feature at the end of each development cycle called sprint.

Our article on how to build a scrum team will give you more insights into scrum team development.

You will provide game app development infrastructure to your project team. This will include servers, storage, network protocols, orchestration services, development platforms, etc.

You can either install these computing and storage resources on-premises or opt for cloud-based services.

Cloud infrastructure is highly-popular in the software industry due to its enhanced agility, flexibility, scalability, security, and cost-effectiveness. Cloud services are hosted and maintained by cloud service providers.

You can get the required app development infrastructure resources from a well-known cloud service provider like Amazon AWS, Microsoft Azure, etc., and help your development team focus completely on your card game app design and development.

Now that you have professionals for all the crucial app development roles, you will start the game storyboarding process. A storyboard shows the game’s progress from start to finish. It describes the game app’s flow from launch to completion.

Your app development team will create realistic mockups of card game screens in a logical order and include notes for additional information, like the game rules, etc.

Such detailed storyboards will help your designers and developers to design and code a card game as per your expectations.

Your designers will use UI techniques to choose the color palette, design themes, typography, etc. They will follow the UX principles to offer a seamless and intuitive user experience to gamers.

Your game designers will use tools like Adobe Creative Cloud to create visual elements, app mockups, and wireframes.

Now your game developers will code the card game app as per prototypes built by designers. There are multiple programming languages and development tools available that accelerate the process of game development.

Some of the popular programming languages for game development include the following:

Some game engines that will help your developers build a card game include:

APIs are an integral part of software applications today. Your app developers can build core game features as APIs for efficient interaction between them and to provide support on multiple hardware mediums.

Your developers will use REST or GraphQL architectures for API development and supporting tools like Katalon Studio for API design, documentation, and testing.

You can read our article on how to build a REST API for a mobile app for more information.

APIs will also allow developers to integrate third-party services into your application without developing them from scratch. However, your app developers need to be cautious about higher external dependencies.

Your developers should be familiar with machine learning and VR technologies to implement them effectively in gaming app development.

Your mobile app testers will test your card game app extensively and ensure all features work as planned. They will create real-world scenarios and test the game logic and output.

Deloy to the App Stores

Your developers will use mobile DevOps tools like Bitrise, CircleCI, Kobiton, etc., to build, test, and maintain the DevOps pipeline in mobile app development efficiently.

You will collect app users’ reviews and feedback on your card game. You will incorporate this feedback into the next app development iterations and improvise your card game features as per users’ expectations.

The online gaming market is quite challenging. You need to build a game app with unique features to attract an audience and generate revenue. Therefore, you will require a competent team of software developers, app developers, and project managers.

If you do not find such talent on your team, we would advise you to partner with a reliable software development company with experience in the development of mobile game apps.

Why not hire such competent developers from DevTeamSpace? We have a community of field-expert software developers experienced in the development of software solutions for multiple industries.

All our developers are vetted for their skills in the latest technologies and are managed by senior developers. You can easily partner with these software developers by sending us your initial project specifications via this quick form.

One of our account managers will get in touch with you to discuss in detail how we can help you make a card game app successfully.

FAQs on How to Make a Card Game App

1. How can I create my own game app like Rummy?

To develop your own Rummy app to play online games, you will research the game market for your game app idea, plan the project scope, build an app development team, and provide your team with the supporting tools. Your dev team will then design, develop, test, and deploy your game app as per your requirements.

2. Is there a program to create my own card game app?

You can use software like Adobe Express to design your card-based game app and Hearthstone to develop card-based games. However, to develop a card game with unique and interactive features, you will need specialized design and development skills. You can hire developers with the required skills from a software app development company like DevTeamSpace.

3. Is it expensive to create a game app to play card games?

A game app takes anywhere from a few tens to hundreds of thousands of dollars for the app development process depending on the type and complexity of game features.