How to Scale an Ethereum Dapp

This is a great question which we will answer here.

Scaling your Ethereum Dapp is a great way to reach more customers and to increase your profits. Here’re a few amazing case studies of companies who hired DevTeam.Space to build their software products:

What is an Ethereum DApp?

An Ethereum DApp is a web app, but with the following distinct characteristics:

Read more about what distinguishes a DApp from a centralized web app, in “How To Convert Web App Into A DApp”.

You have already noticed the stress on decentralization and security, didn‘t you? That brings me to the question of why Ethereum DApps don‘t scale.

Why do blockchain-crypto start-ups flock to the Ethereum blockchain platform? It‘s decentralization! A P2P network without a central administrator allows the buyer and seller to directly transact without a middleman.

Check out how Storj.io has opened the cloud storage market to commoners. You can put your excess storage up for rent and earn their crypto token STORJ. This is possible because the Ethereum blockchain offers decentralization. Read more about how such decentralized cloud storage networks work in “How To Build A Decentralized Cloud Storage Solution Like Storj.io”.

Such decentralization makes the network permanent because even if hackers destroy one server, the system exists in other servers! However, this decentralization requires that every node on the Ethereum blockchain network store every transaction and every block. With the Ethereum network growing at a fast pace, every node is storing an ever-increasing amount of data!

The Ethereum community increases the complexity of the puzzle periodically, hence miners will need to use even more computing power in the future. Here too, every node must validate transactions and that a miner has indeed solved a block. Read more about how POW works, in “Proof of Work vs Proof of Stake Comparison”.

However, this decentralization and security have made it difficult to scale the network! The more the Ethereum blockchain grows, the higher will be the amount of data each node must store. Also, more nodes will need to participate in validating each transaction. We call it the “Blockchain Trilemma”, and you can read about it in “Solving the Blockchain Trilemma: Decentralization, Security & Scalability”.

You have good news! There are researches underway to determine how Ethereum will scale, and I will cover a few such key efforts. 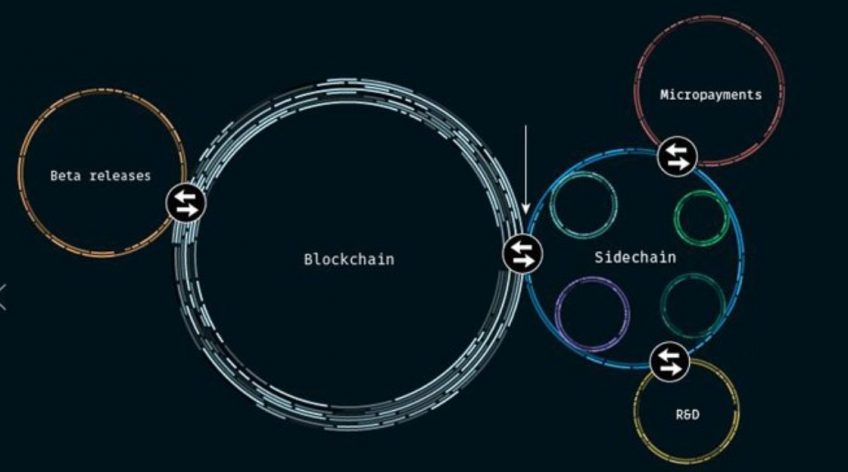 Consider a DApp where you will allow the transfer of thousands of Ethers. Obviously, hackers have high incentives to attack such a DApp. Compare that with a social media DApps, where users send messages and may spend fractions of a new crypto token for each message. The economic value is less, hackers won‘t consider it lucrative.

The concept of an Ethereum sidechain asks you to first determine what level of economic value your DApp has and decide on a security model for it. Now, based on security requirements, you set customized rules for your DApp. Read more about this differentiation in “DAppChains: Scaling Ethereum DApps Through Sidechains”.

You can run this lower-risk DApp on a ’Sidechain‘. A sidechain is just another blockchain that‘s attached to the main blockchain. A mechanism called ’Two-way peg‘ establishes this connection between these two blockchains.

Read more about how sidechains work, in “What are Sidechains?”.

A blockchain start-up called the “Loom Network” uses the term ’DappChain‘ for sidechains that run DApps. Their design principle is one DApp per DappChain.

They offer a ’Platform as a Service’ (PaaS) for building DApps, and as part of that, they have the Loom Software Development Kit (SDK). You can use it to easily build your scalable DApps on DAppChains.

I had earlier referred to this promising start-up in “How to Build a DApp Game App Like CryptoKitties?”, because they also have their ’Unity SDK‘ using which you can build blockchain-based games. You can use their SDKs to scale game apps too.

It decongests the mainnet, besides, you can set your customized rule for your Plasma child network. For e.g. you can use the PoS algorithm instead of the POW that‘s running on the mainnet.

Plasma can offer the following advantages:

Plasma has a potential disadvantage. Suppose a lot of foul play is going on in the child-chains, and many users want to simultaneously exit those chains. Such a sudden spike of transactions can impact the Ethereum mainnet.

However, the “Plasma Exit” mechanism also has a “Challenge” period, allowing another user to dispute a claim. In case a sudden spike in “Exit” transactions, the community can decide to extend the challenge period to handle the load on the mainnet better.

Read more about Plasma in “Explained: Ethereum Plasma”. This solution is still under development, and a release date isn‘t announced yet.

“Casper Protocol”: The 3rd strategy to scale an Ethereum DApp 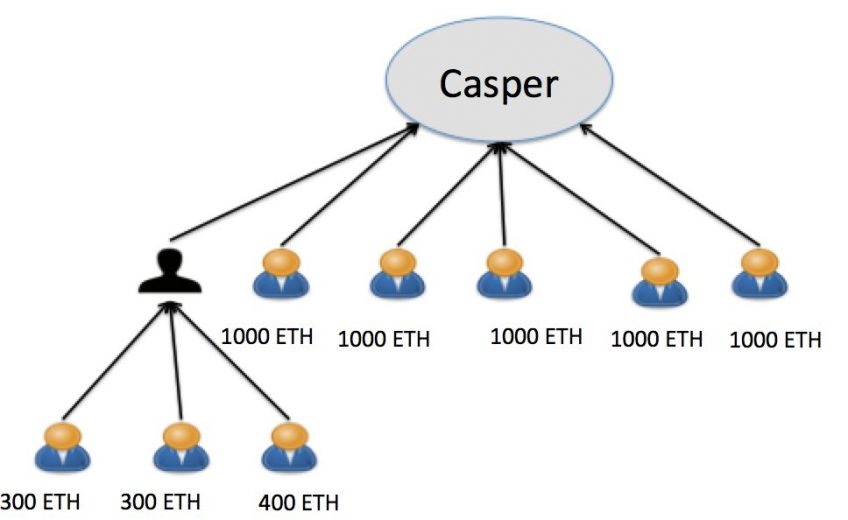 Ethereum’s planned “Casper Protocol” is much more than just scaling Ethereum DApps or for that matter the Ethereum blockchain. It has a wider scope; however, it will help to scale an Ethereum DApp.

This planned protocol is part of Ethereum‘s proposed transition from the energy-intensive POW consensus algorithm to the PoS algorithm. Read more about their comparison in “Proof of Work vs Proof of Stake Comparison”.

The PoS algorithm employs ’Stakers’, who will stake their Ethers for transaction validation, hence they have skin in the game. This is unlike POW, where miners may not own any Ether at all. The amount of stake and the duration of it determines the priority a Staker gets.

However, if malicious stakers buy a lot of Ethers and stake them, the likelihood of their selection as staker is high, and they can manipulate transactions. The Casper protocol will set some rules to prevent them, as follows:

The transition to Casper will take a while and go through phases. Ethereum community has recently launched the first release called Casper Friendly Finality Gadget (FFG), and the client testing has begun. Ethereum still uses the POW, however, validators test the PoS mechanism every 50 blocks.

The next release will be Casper Correct-by-Construction (CBC), with a partial specification of the final protocol. The Ethereum community will collate the lessons they learn from the FFG and CBC phases, and finetune Casper further before the final transition. Read more about these phases in “Ethereum Launches First Release of Casper, Client Testing Begins”.

“Raiden Network” is an off-chain solution to scale an Ethereum DApp. Nodes participating in this network can open a “state channel” and communicate with each other using it. This is designed for payment transactions.

Not all transactions they execute through this channel are recorded in the ’root‘ blockchain, only a periodical summary is recorded. This could be very useful for regular small payment transactions, for e.g. subscription to a service.

Off-chain transactions require significantly less “Gas”, which makes it cheaper for the users. Also, since they don‘t congest the mainnet, it contributes to improved scalability.

While these are important advantages, there is a limitation. Only users with a “state channel” open between them can transact using it.

Germanys‘ Brainbot Technologies AG, a blockchain start-up, is developing it. The project is under development, and the release date isn‘t clear. Read more about this project in “What is Raiden Network Token? A Beginner‘s Guide”.

’Sharding’ is originally a database management concept. Horizontal portions of the database are stored in separate server instances appropriate indexing. At the time of the query, the indexing helps in loading data from the appropriate partition.

In the case of a blockchain network, sharding will mean the following:

Read more about blockchain sharding in “Blockchain FAQ #3: What is Sharding in the Blockchain?”. Sharding can‘t work with the POW algorithm. Nodes in one shard can‘t even see all transactions, hence they can‘t participate in every transaction validation.

Hence, PoS algorithm is a prerequisite of sharding. Each shard must have its stakers, who will take the responsibility to validate transactions within that shard.

While this is a scaling best practice, there are a few limitations, as follows:

As of now, you can only use sidechains to scale an Ethereum DApp since the others are still under development or transition. However, follow the Ethereum developer community closely so that you can keep pace with developments concerning Casper, which promises to be an important long-term solution.