Kotlin vs Java: Which Is the Best Choice? 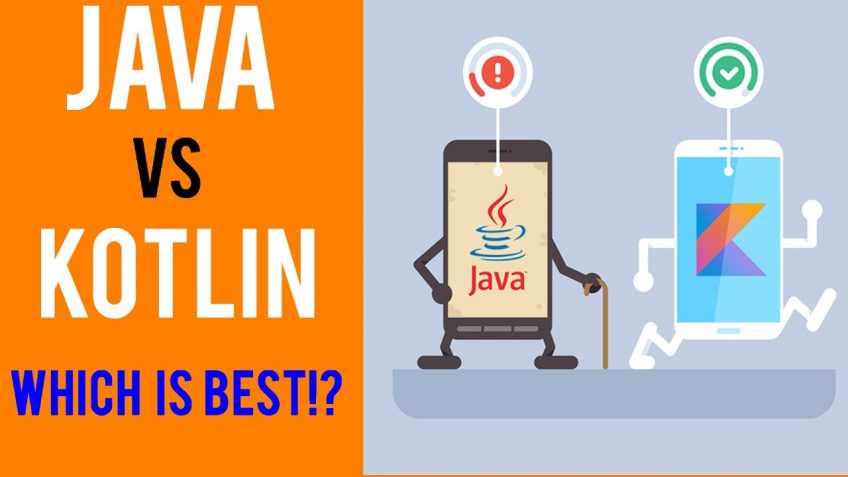 Interested in which is the best choice, Kotlin vs Java?

This is a great topic which we will cover in this article.

Other than the large sums of money to be made, innovating in software development is a great way to make a positive impact on the world. Here’re a few amazing case studies of companies who hired DevTeam.Space to build their software products:

Kotlin: An overview
How history helped Kotlin: Google’s challenges with Java
Kotlin matures with Google and JetBrains collaboration
The advantages of Kotlin
The growing popularity of Kotlin
Learning Kotlin
Kotlin vs Java: Which one to choose?

Java needs no introduction, however, Kotlin is a relatively new programming language. JetBrains, the company behind “IntelliJ IDEA”, the popular Java “Integrated Development Environment” (IDE) created it. They first announced it in 2011 as “Project Kotlin”. The first stable release came in February 2016.

A few quick points about the Kotlin language:

Before we delve further into Kotlin vs Java Android development, let’s take a step back. Android has relied on Java since its inception. However, the long drawn-out legal battle between Google and Oracle over Googles’ use of Java “Application Programming Interfaces” (APIs) is bringing changes.

The problems started in 2010, and has been getting nastier ever since. Read “The case that never ends: Oracle wins latest round vs. Google” for more details. Growing increasingly wary about the lengthy legal battle, Google began looking for alternatives to Java.

Kotlin looks to be fast becoming that alternative. While Google hasn’t said that in so many words, the indications clearly indicate this. Read “Google is moving Android away from its Oracle java problems with Kotlin” for more information. An important step occurred when Google announced first-class support for the language on Android in their 2017 “Google I/O”, their annual developer conference.

Kotlin continues to mature with newer releases, as follows:

Kotlin is open-source. It’s under “Apache License 2.0”, and you can find the details here.

The advantages of Kotlin

I have explained how circumstance has helped stack the card in Kotlin’s favor. However, it is important to remember that it is also a superb programming language. Kotlin offers the following advantages:

Read “Why use Kotlin for Android development? Kotlin benefits, features, versions” to gain a deeper understanding of these benefits.

The growing popularity of Kotlin

Kotlin is becoming increasingly popular. Check out the following trends so you can appreciate its’ growing appeal:

Kotlin is relatively new, however, developers can access a growing collection of learning resources. Check out the following examples:

Kotlin vs Java: Which one to choose?

Now that you know about Kotlin, the question is, should you choose Java or Kotlin? Consider the following factors:

If Android development is the main objective, then Kotlin is the right choice given the productivity advantages and the massive support from Google.

However, if the objective is the creation of larger, more complex products,  then working with Java is the better choice. The use of Kotlin for backend projects is a recent phenomenon. For e.g., Spring 5.0 started supporting Kotlin only in 2017, so it still lacks the advantage that Java has in terms of maturity.

Overall, Java still remains the most popular programming language due to the various advantages it offers. The latest TIOBE index confirms this. Read “TIOBE index for February 2019” for more details.

Factor #2: Can you afford a learning curve?

I made reference to the concise syntax of Kotlin in an earlier part of this article. Let’s take a deeper look:

If you opt for Kotlin, then prepare to incur higher development manpower costs. This is due to the following reasons:

Android doesn’t support the full range of Java capabilities. Android Studio supports Java 7 fully, however, it only supports a subset of Java 8 features. Read about it in “Use Java 8 language features”.

If your love for Java is holding you back when Kotlin is the better choice then you might as well bite the bullet. Allocate a higher up-front budget, and just take the plunge with Kotlin. The longer-term benefits, including higher productivity, really are worth it. If you plan to develop multiple apps in the future, you are also investing in improving future development success.

If productivity gain matters to your project, Kotlin is the way to go. Kotlin productivity levers are as follows:

Read more about the productivity benefits of Kotlin in “How Kotlin makes me a more productive software developer”.

Kotlin handles “Null” well, which is a great advantage over Java. This difference manifests itself as follows:

Read more about it in “Kotlin vs Java: key differences between Android’s officially-supported languages”.

Kotlin has advantages over Java with respect to handling long-running network I/O or CPU-intensive operations. The two languages differ as follows:

Read “Differences between Java vs Kotlin” for more insights.

Grappling with the Kotlin vs Java choice for your strategic app?

Kotlin and Java both have their strong points. So to choose the right one you will need to consider the long-term strategic aspects of both platforms, including the fact that Google are slowly moving away from Java.

Making the right choice for your app development can be tricky. If you lack the complete range of skills and team, then I recommend you take professional advice. Read “How to find the best software development company?” before you engage a development partner. Good Luck!

Is Kotlin better than Java?

Kotlin is a statically typed programming language for JavaScript and JVM. It was created to try to overcome some of the shortfalls of Java. While Kotlin is much-loved, you should examine your programming requirements carefully before choosing between the two.

If you plan to be an Android developer it is worth learning both languages. If you had to choose between the two then Java is the most widely used language for Android development so is the best option.

Kotlin is gaining in popularity but it will be a long time before it replaces Java, if at all.