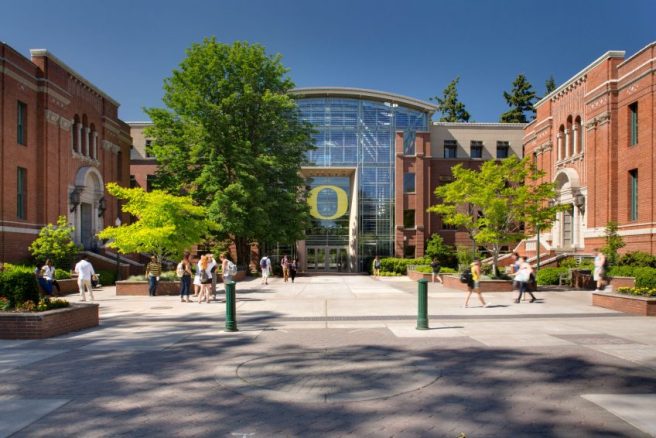 How STEM Careers Would Affect the World in the Next 50 Years?

By Drake Donovan, University of Oregon

In the year 1969, astronauts Buzz Aldrin and Neil Armstrong became the first human beings to set foot on the moon after more than a decade of effort from the superpowers of the world.

Nearly 50 years have elapsed since Apollo 11 completed that mission successfully and governments have now landed multiple spacecraft on Mars, while completely private companies like SpaceX have launched dozens of rockets as well.

The same year that Neil and Buzz landed on the moon, the chemist Dorothy Hodgkin determined the atomic structure of the hormone insulin. Today, human insulin is produced in bacterial cells on a massive scale and prescribed to tens of millions of diabetic people around the world.

Back in 1969, the first ever message was sent over the ARPANET between researchers at UCLA and Stanford. In 2019, billions of humans across the world access the modern internet and send multiple messages back and forth daily.

Also published in 1969 by Thomas Brock was the discovery of the organism Thermus aquaticus, a thermophilic bacterium. In present-day biology, the enzymes from that bacterium enable one of the most universally utilized techniques in molecular biology, the polymerase chain reaction (PCR)1.

What did the aforementioned astronauts, chemists, computer scientists, and biologists of 1969 all have in common? They were all people engaged in scientific, technological, engineering, and mathematical (STEM) careers who dramatically altered the world over the subsequent 50 years.

Without the advancements in space travel, protein crystallography, and network communication that these people generated, our collective hope, health, and knowledge as human beings would be significantly lower than they are today.

This begs the question: what effects will present-day researchers in STEM careers have on the world in the next 50 years? To answer that, we must examine what is being done at the forefront of STEM fields today and extrapolate how it may alter the course of humanity in the future.

The aerospace company previously mentioned, SpaceX is certainly leading the space race today. In the past year, SpaceX has indeed launched one of the largest rockets in history. Although this feat is impressive and unheard of for a private company, even more exciting is that SpaceX has demonstrated that its rockets are partially reusable.

The ability to launch large rockets that can be used multiple times is essential to making space travel accessible to the average person. In the next 50 years, it is incredibly likely that people will be present on Mars (in fact, SpaceX projects are sending the first crew up in just 5 years).

In 50 years of astronomical advancement, one can even envision Mars being a fully colonized planet from which further space exploration can be based. Space tourism will seemingly be a booming industry and booking a trip to the moon will not be out of the question.2

Advances in artificial intelligence are occurring at an unprecedented rate as well. This expansion in the capabilities of computers is reflected at Stanford, much like it was in 1969 with the sending of the first ARPANET message.

The results this time, however, demonstrate that multiple artificial intelligence programs can beat the average performance of humans on reading and comprehension tests.3 Computers are thus becoming efficient enough to accomplish many of the tasks previously done by humans.

Amazon, the largest technology company in the world today, has begun a pilot test of stores with no cashiers—just cameras, facial recognition software, and automation. Many other large technology companies such as Apple and Google are working on developing cars that are entirely driven by sensors and computer algorithms—some of which currently require a human driver to intervene only once every 10,000 miles!4

In the following 50 years, it is reasonable to assume that most of our daily transactions will be facilitated entirely by computers and that vehicles will be able to automatically take us anywhere we want to go.

It is also expected that artificial intelligence will further enter the average home, with computers being able to maintain the home in an autonomous manner through completing household chores such as ordering groceries when stocks of food are detected to be low, routinely adjusting lighting and ambiance to fit the time of day, and even by ensuring the security of the home without manual input from the homeowner.

The greatest progress facilitated by STEM careers over the next 50 years will likely come through biochemical advancements in personalized medicine.

For the first time in history, human beings have recently been created with purposeful genetic manipulations that are intended to safeguard them against HIV infection5. Additionally, the advent of 3D printing and its application to biology has allowed for the creation of donor-less 3D printed organs such as lungs and eyes.

It is hard to imagine how exactly this progression in designer medicine will change the world in 50 years, but it is quite possible to project a minimal and maximal scenario. Minimally, the rise of these personalized techniques will increase the quality of life for those afflicted with disease and may eliminate some diseases entirely through genetic manipulation.

Maximally, we will be able to completely design most human traits through the modification of their genetic code—programming their hair color, height, and personality long before they are born.

While the ideas described herein currently seem like little more than a strange science fiction story, some or all of them may well be a reality in 2069.

If the transformation enabled in the next 50 years by those engaged in STEM work is able to remotely rival the advancements that have been made in the world since 1969, it is incredibly difficult to envision exactly what is possible.

Imagine people in 1969 thinking that they would have rockets that could be used multiple times to enter space, an instantaneous worldwide connected network of 1‘s and 0‘s, bacteria that produce pharmaceutical products, or the ability to clone and amplify the DNA from any organism and insert it in a completely different organism.

STEM research has always been at the forefront of expanding the realms of conceivability and achievability. This expansion will continue to occur exponentially over the next 50 years, generating an uncertain but encouraging future for us all.

[3] Pham, Sherisse. “Computers are Getting Better Than Humans at Reading.” CNN, https://money.cnn.com/2018/01/15/technology/reading-robot-alibaba-microsoft-stanford/index.html

What is a scholarship?

It is a financial reward that is designed to further some form of personal progression, usually in the form of education.

DevTeam.Space is a community of field-expert software developers. They are skilled in all the latest tech stacks and development methodologies.

How can I work with DevTeam.Space?

You only need to go to the website and fill in a project specification form. After that, you will be contacted by an account manager who will start the ball rolling.