What are the 5 Best Smart Contract Platforms for 2022? 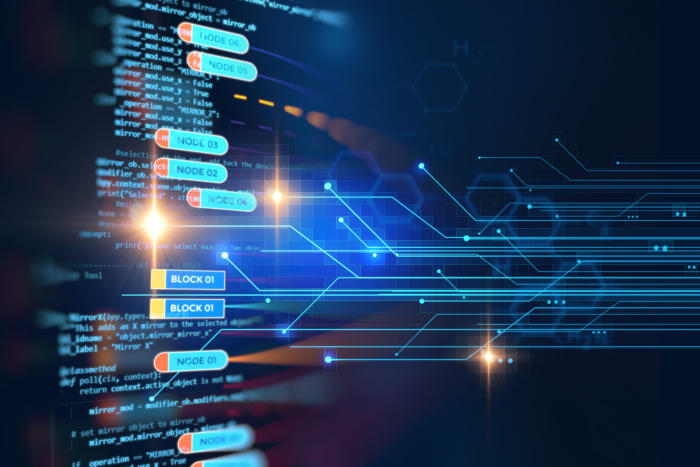 Wondering about the best smart contracts platform? This article will provide a list of smart contract platforms that are the top 5 for 2022.

Etehreum tops the list of smart contract platforms. While most people are aware of the Ethereum Project through its token, Ethereum or Ether or ERC-20, many are not aware that this is one of the most exciting startups in the last decade or two. It is the world‘s leading smart contract platform and is the top choice for most developers.

The platform first went live in July 2015. Since then it has grown by leaps and bounds and now facilitates smart contracts for everything from online games to ICOs. In fact, the vast majority of ICOs now use the ERC-20 token standard to facilitate their offering.

The beauty of Ethereum‘s smart contract platform is the degree of standardization and support it offers. Ethereum has published a set of clearly defined rules for developers to follow, making smart contract development easier and less risky.

On the support side, apart from having the biggest market capitalization of all the smart contract platforms, Ethereum is completely dedicated to improving the way that smart contracts are created and operated.

To this end, they have even developed their own smart contract programming language, Solidity, which not only helps with standardization but also makes setting up contracts much easier too.

What Are the Issues With Ethereum

There are a few drawbacks to Ethereum, however. In recent years a number of security issues have exposed serious flaws in the platform. A recent study by researchers from Singapore and the UK found 34,000 Ethereum based smart contracts that were vulnerable to bugs.

While Ethereum has been quick to address many of the bugs in its own code, including releasing ERC223 and ERC777 updates, a big problem still remains with the code being written by smart contract developers using the platform.

That said, Ethereum is widely considered to be the best general-use smart contract platform. Such a platform can be used for everything from ICOs to facilitate smart contract use with almost any kind of decentralized applications.

A final concern is Ethereum‘s success itself. Its network has been recorded as frequently running at 100% capacity, something that may worry application developers who need the guarantee that their contracts will always be processed quickly.

Drawbacks to the platform:

Second in the list of smart contract platforms and top of the list of Ethereum’s competitors is Hyperledger Fabric. The Hyperledger project began in December 2015 and was set up by the Linux Foundation. It is an open-source project that has the stated goal of supporting the development of blockchain-based distributed ledgers.

Why Use Hyperledger Fabric

Hyperledger Fabric is an excellent smart contract platform that has proven itself a really viable Ethereum platform alternative. Co-developed by IBM, it is a permissioned blockchain infrastructure that facilitates the execution of smart contracts or “chain codes”.

Like Ethereum, Hyperledger developers have created a set of extremely helpful tools that include Hyperledger Composer, a Javascript-based set of tools that allow developers to create smart contracts more easily and efficiently.

Developers can create smart contracts in JavaScript with Hyperledger Composer, in Go, and with a range of other common programming languages simply by installing the relevant modules.

This feature makes Hyperledger far more flexible as developers don‘t need to rely on a single language such as Solidity to code their smart contracts in.

Finally, Hyperledger is a permissioned network meaning that all the participants in the network have known identities. This makes it the go-to choice for companies who wish to create smart contracts but need to comply with data protection laws that require them to be known.

What Are the Issues With Hyperledger Fabric

Hyperledger doesn‘t have its own token system. Though this does have some advantages it does limit the kinds of smart contracts that can be easily deployed via its platform.

For those companies who wish to develop smart contracts that include the need for some form of payment transfer (ICOs for example) then they will be better off sticking to Ethereum, etc. 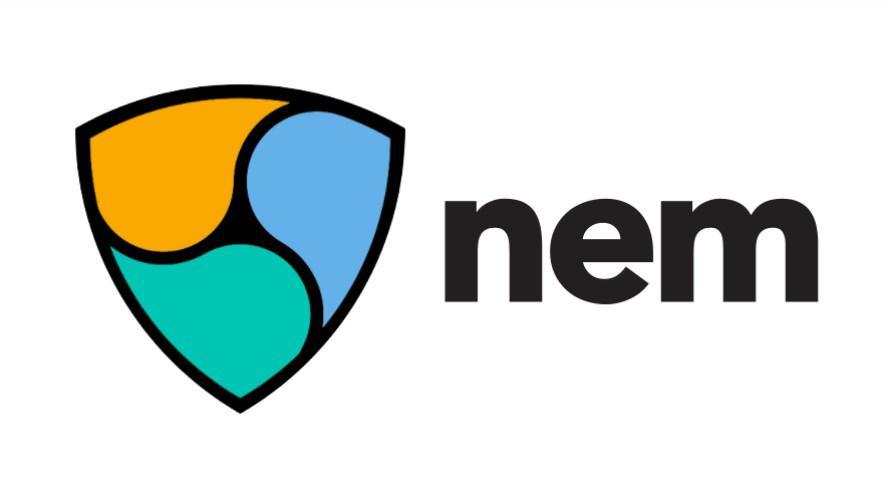 Nem was launched on March 31, 2015. It is favored by some developers because it is written in Java, one of the most used programming languages in the world.

This makes it super accessible since it doesn‘t require programmers to have to learn platform-specific programming language such as Solidity etc.

A second thing worth noting is that Java is far more developed and therefore has fewer security vulnerabilities than the newer platform-specific languages like Solidity.

Nem recently released the Catapult or Mijin v.2 update, which according to numerous security experts, has made it the most secure smart contract platform out there.

It is an industry milestone that opens up new capabilities for blockchain database functionality.” – Source NEM.io Foundation President Lon Wong

The biggest selling point of Nem is that it is highly scalable. Also, where Ethereum can manage around 15 transactions per second, Nem is able to manage 100‘s. It is for this reason that developers are increasingly jumping ship from other platforms like Ethereum.

A slew of recent good news stories that involve large companies deciding to implement the Stellar platform into their existing infrastructure has convinced industry experts that the Stellar network is really going places.

One of the key areas where companies are looking to implement Stellar is in facilitating international payments. In late 2017, it partnered with IBM and KlickEx to offer a new low-cost way to transact cross-border transactions in the South Pacific region.

When it comes to the top smart contract platforms, Stellar is arguably simpler and easier to use than Ethereum but perhaps not so straightforward as Nem. However, it is really designed to facilitate simple smart contracts such as ICOs.

When to Pick From Other Smart Contracts Platforms

This is because Stellar is primarily a money exchange and so operates along those lines. If you are planning to develop more sophisticated smart contracts for Dapps, for example, then this is not really the platform to use.

When implemented for more straightforward smart contracts, Stellar outperforms rival Ethereum both in terms of speed and security.

The average cost for a transaction with Ripple is $0.0000002. To give you an idea of just how great value is this, Ethereum costs around $0.094 for the same transaction. 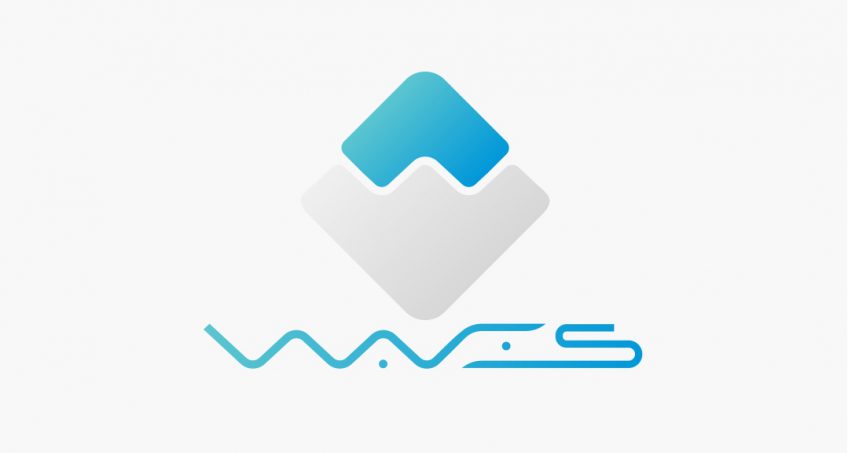 Another one of the best alternative in the list of smart contract platforms, Waves was launched in June 2016. It is an open-source platform that aimed to address many of the existing barriers that stand in the way of more mainstream blockchain implementation, namely speed and scalability.

Much like Ripple, Wave has positioned itself as a platform to facilitate token operations. As such it is another excellent platform for ICOs. It takes just a few minutes to create your own tokens on the platform, something which is so easy to do as it requires next to no technical knowledge.

For more on Waves smart contact development, you can read their whitepaper.

Smart contracts are a truly revolutionary tool. They have the potential to decentralize many of the processes that we all rely on today. The exciting thing is that they have the power to dramatically improve on existing solutions without being a direct threat to governments.

If you, as a business owner, are looking forward to engage in smart contract development, you are making a wise investment decision, given the popularity and future of smart chain technology.

However, you will need expert blockchain developers to help you choose the right platform, and blockchain methodology for developing and deploying smart contracts according to your business needs.

DevTeam.Space can help you here through its experienced blockchain developer community. Write to use your initial smart contract development project requirements via this form and one of our technical managers will get back to you for further assistance.

How To Build A Medical App For Doctors

How to Build a Marijuana App?

How to Build a Legal Advice Platform?

How to Build a Karaoke App?

What is a smart contract?

A smart contract is a digital blockchain-based contract that facilitates an agreement and sometimes an exchange between two parties. They can be used to agree on a property transfer or to automate supply chains, etc.

Which is a good smart contract platform?

Where can I find smart contract programmers?