What are the Challenges of Adopting Blockchain in IoT? 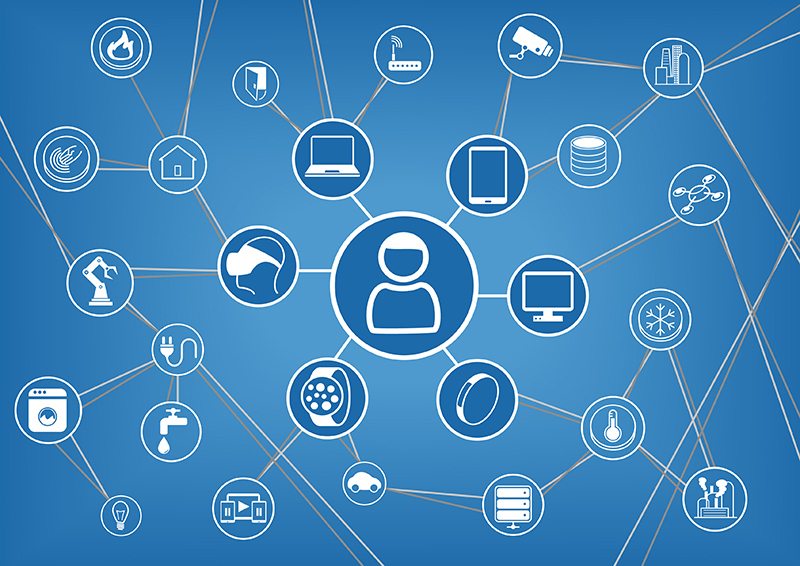 Many experts have already cited how blockchain can secure IoT, however, researches and developments in this area are still in progress. Several challenges exist in adopting blockchain in IoT. These are as follows:

IoT experts and developers want blockchain to secure IoT systems. Their interest in blockchain stems from its security features. Naturally, they want the most robust security that blockchain can offer.

What if you dilute any of the above-mentioned attributes? You still have a blockchain network, however, its security will not match that of Bitcoin or Ethereum.

The high level of decentralized security offered by Bitcoin and Ethereum comes at a cost though. The “Proof of Work” (POW) requires the participation of all miners in the transaction validation process. This slows down the transaction validation process. The more the Bitcoin and Ethereum networks grow, the higher will be the scalability challenge.

IoT networks are very large. They will become far larger in the future. At the time of writing, IoT has realized a fraction of its potential. The size of IoT networks will grow manifold as more organizations and entities use them.

Many IoT networks will have micro-payment transactions. By their very nature, these will be numerous transactions of small amounts.

The network size and transaction volume make scalable solutions imperative in IoT. Therefore, IoT developers will find it hard to use a fully decentralized public blockchain network like Bitcoin or Ethereum.

IoT experts and developers require the best possible security from blockchain, and this requires the “Proof of Work” (POW) consensus algorithm. The Bitcoin blockchain network uses it. At the time of writing, Ethereum uses it too.

The puzzle isn’t complex. However, it requires plenty of number-crunching at a fast pace. Miners must use computers with high computing power. They need to run their computers for long periods of time. Mining involves financial rewards, therefore, it’s competitive.

Several other consensus algorithms exist. However, experts say that POW is more secure than the other algorithms.

IoT experts and developers find a challenge here when integrating blockchain with IoT. IoT devices often have low computing power. That makes the POW algorithm practically unsuitable for them.

The decentralized network of transaction validators is a key reason why a decentralized public blockchain like Bitcoin provides the best security to an IoT network. Observers estimate that there are over 1 million individual Bitcoin miners.

Hackers can’t possibly manipulate the majority of this network. The Bitcoin network is transparent too. Any effort at manipulation attracts immediate attention.

Bitcoin miners need to have the entire data on the Bitcoin network for transaction validation. They need to run a full Bitcoin node. A Bitcoin miner needs at least 350 GB of disk space to run a full node. Miners should provide at least 2 GB RAM, furthermore, they should have a robust Internet connection.

IoT experts and developers find these requirements challenging. Many IoT networks have devices with relatively lower disk space and RAM. Internet connections can be slow in many cases. The integration of such IoT networks with a public decentralized blockchain can be hard.

4. The trade-off between decentralized security and scalability as seen in the IOTA cryptocurrency

IoT and blockchain experts know about the above-mentioned challenges. They try to circumvent them by using different technology solutions. These solutions involve a trade-off between top-notch decentralized security and other objectives like scalability and performance. Some of these projects show considerable promise. However, they don’t yet measure up to stringent security objectives. This is a challenge in blockchain adoption in IoT.

Take the example of the IOTA cryptocurrency. It doesn’t use the kind of blockchain technology used in Bitcoin and Ethereum. The IOTA project uses a technology called “Tangle”, which is modeled after “Directed Acyclic Graph” (DAG).

Tangle doesn’t use blocks and chains. It uses a tree structure where multiple chains might be intertwined with each other.

IOTA offers better scalability than Bitcoin and Ethereum. You get a better performance throughput, and the energy bill isn’t high. These would bode well for IoT systems.

Ethereum smart contracts are pieces of code that transfer cryptographic assets based on predefined conditions. They run on the decentralized Ethereum network. Smart contracts are open-source, autonomous, irreversible, and immutable. These characteristics of smart contracts can help to automate contract administration.

While decentralized public blockchain networks are incredibly hard to hack, smart contracts are programs that run on them. Any program can have bugs. However, smart contract bugs can be hard to recover from. The 2016 Ethereum DAO hack was an example.

The immutability of smart contracts prevents you from modifying them after deploying them. You can’t fix bugs. Cybercriminals routinely look for common smart contract vulnerabilities. They exploit them to hack the blockchain application.

6. The lack of regulatory clarity over decentralized blockchains

Considerable regulatory uncertainties exist in many countries concerning blockchain. This makes the adoption of blockchain harder in IoT systems.

Bitcoin, an application of blockchain became famous earlier than the underlying technology. This decentralized digital currency is outside the control of central banks and governments.

Monetary policy is closely related to the sovereignty of countries, and the national currency is important to a country. This sets cryptocurrencies on a collision course against governments and central banks.

Blockchain projects tend to be complex since it’s a relatively new technology. Blockchain integration with IoT can be even more complex due to the architectural questions. This directly impacts the ability of organizations to integrate IoT with blockchain.

Both blockchain and IoT involve niche skills. Organizations often find it hard to hire skilled developers for these technologies. Hiring can be an even bigger challenge in IoT-blockchain integration projects.

1. Which are the cryptocurrencies with IoT use cases?

2. Which startups work on blockchain-IoT use cases?

3. Which sectors and functions can benefit from combining IoT and blockchain?