How to Secure the Internet of Things with Blockchain 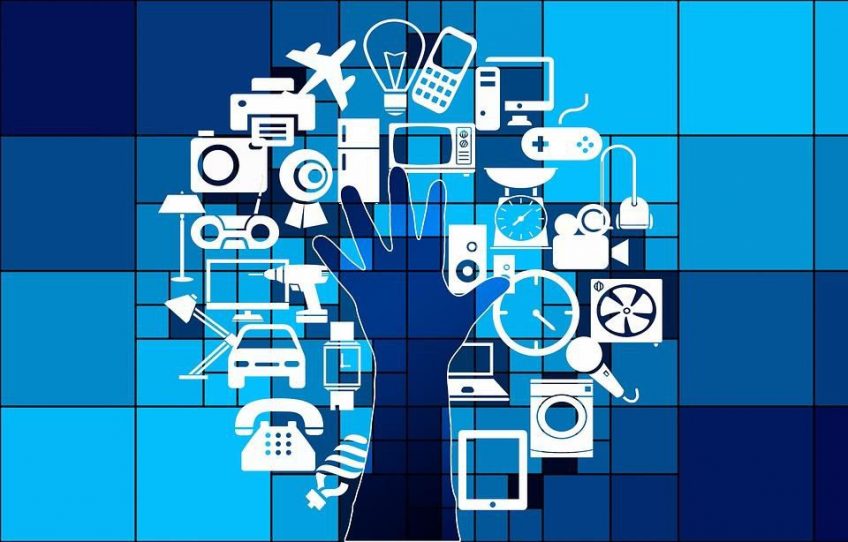 Interested in how to secure the internet of things with blockchain?

In this article, we are discussing some of the major security concerns with IoT networks and how blockchain technology can help overcome them. So, let’s start.

How to secure the Internet of Things with blockchain: The problem of centralization

IoT industry operates a distributed client/server model that requires an administrator to manage the network. This centralized authority is the weak point when it comes to IoT security. To operate normally, IoT devices and IoT sensors rely on this authority to determine how they behave.

A series of cyber-attacks occurred in 2017, many of which exploited this weakness and allowed hackers to make off with sensitive data relating to 100‘s of millions of American citizens.

Since the decentralized networks of blockchain technology would negate any central attack on interconnected devices in IoT ecosystems, hackers would have to target individual nodes on distributed ledger networks in order to try to obtain the data they want. In a blockchain network, smart devices are able to actively participate in to validate process data transactions.

This means that the network would be able to guard against security vulnerabilities like DDoS attacks and any hack by validating predetermined ’acceptable‘ behavior for any irregularities.

Once a device on the network was identified as not behaving correctly according to the predefined conditions in smart contracts, it could be isolated from other connected devices to prevent it from being used to access further sensitive IoT data or being used to unlock a person‘s home, etc.

Blockchain ledgers require users to enter a unique key code in order to access the network. This means that all the interactions/transactions have accountability built-in.

Any changes made have to be signed and therefore can be traced back to whoever made them. Any unauthorized changes will be prevented by the network as none of the other nodes attached to the network will accept the change.

Since items would be signed for at each step of the chain, tracking their progress could be done in real-time too. Any missing or delayed deliveries could be tracked in seconds. This would improve both the efficiency and reliability of any supply chain network to which blockchain technology was applied.

One such company to realize the enormous value of integrating blockchain into its supply chain management is Taiwanese company OwlTing. You can read more about their project to use blockchain technology to increase food safety here.

In the public domain, such a blockchain-based IoT system could, for example, be used in schools or universities to ensure pupils were in class at the appropriate times and even make sure they were doing their homework too.

Since the parents could also be included in the school blockchain, they would also be able to view their children‘s progress via an authorized smart app.

The ability of teachers to leave feedback and report any wrongdoings would empower parents by allowing them to motivate/reward their children on a real-time basis. This kind of system could also finally signal the end of those dreary parent evenings that students, parents, and teachers alike all hate going to.

Using blockchain to secure IoT iot ecosystem’s deployments in this way would also help to tackle the physical theft of smart devices.

Information such as the smart devices’ current location and even secret pictures taken by the operator through surveillance cameras could be automatically sent to the nearest police officers without any need for 3rd party intervention.

The devices’ unique manufacturing number could also be shared with such organizations as the OS provider and other application platforms automatically, which would enable them to blacklist the device.

This would make the current problem of thieves simply performing a factory reset and using the device for themselves a thing of the past.

My Final Thoughts on the Internet of Things Blockchain Application

The application of internet of things blockchain solutions is one of the most exciting long-term uses of this great new technology. Individuals, as well as businesses all around the globe, stand to benefit from more secure IoT technologies. It will help secure all aspects of IoT use and allow everyone to feel more confident that their data integrity is intact.

The enhanced security environment that blockchain facilitates will massively help to overcome people’s apprehensions when it comes to using an increasing number of smart devices in their daily lives.

Knowing that using a smart lock for your home is safer than using a physical key, for example, will greatly speed up the transition we all make to using such smart technology.

In the same way that self-driving cars promise to make driving part of what we now call ‘leisure time’, smart devices using blockchain technology will help automate many more aspects of our daily chores, leaving us all with more time to sit back and enjoy life.

Apart from daily life, different industry sectors stand to benefit from more secure and robust IoT technology devices. If you, as a business owner, are pondering over secure and scalable IoT adoption based on a blockchain solution, you are making a sound decision for the sake of streamlined and transparent business processes.

IBM blockchain, for example, helps to streamline and gauge more value from the business processes by making use of the IoT data. IOTA, on the other hand has built a sensor data marketplace to help businesses gain value from data driven analytics.

However, note that blockchain technology is new and continuously developing today. To build a market-competitive IoT blockchain application, you will need skilled blockchain developers who have experience in using the right tools and frameworks for the blockchain and IoT software development.

If you lack such advanced development skills, we would advise you to engage with an experienced software development company.

Write to us your initial internet of things blockchain development details through this quick form and one of our technical managers will get back to you to discuss further details regarding team building, project planning, management, etc.

IoT stands for Internet of Things. Entire IoT ecosystem is a network of interconnected multiple devices that allow the user to benefit from cross-functional control and features like data exchange through IoT gateways. An example of an IoT system is a child-baby monitor that can be remotely accessed via any authorized smart device.

Blockchain is very secure provided that the blockchain code is of good quality and the data is encrypted. Blockchain benefits from a decentralized network as its a distributed ledger technology and any changes to a blockchain ledger require approval from 51% of the network risks making it extremely hard to alter data and offering protection against security risks.

Is the Internet of things with blockchain more secure?

Blockchain is the ideal solution for IoT networks since it removes control of the data from any single authority and the possibility to overwrite existing data records. Since IoT networks are for individual networks of devices, the decentralized nature of blockchain gives the user complete control over their own data security and also addresses the security and scalability concerns of IoT companies through decentralized IoT applications.