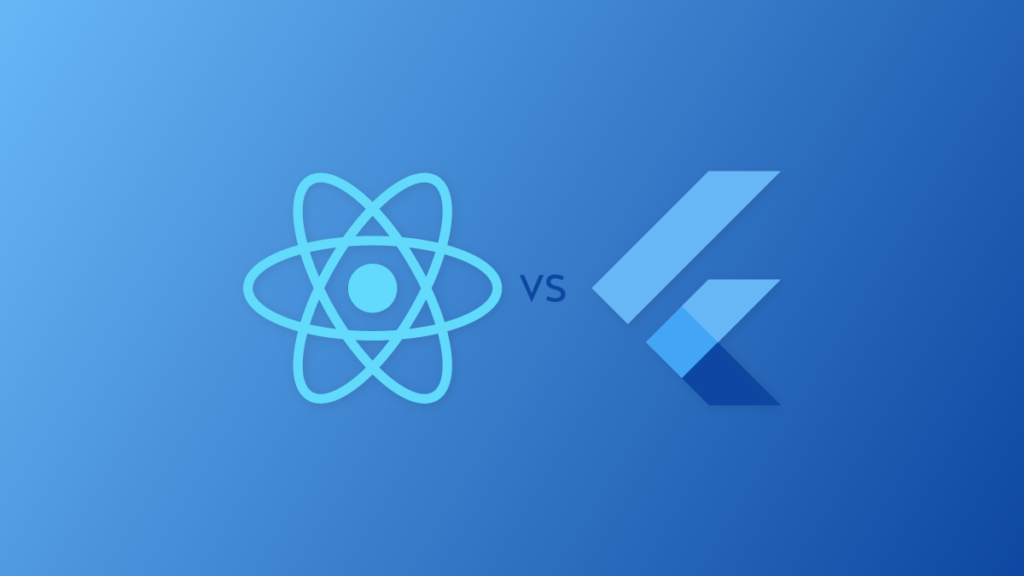 Are you planning to build a software application and wondering which programming language to choose between Flutter vs. React Native?

Cross-platform app development is rapidly becoming popular among businesses, especially startups that want to launch their business idea quickly among a wider audience.

Cross-platform or hybrid apps offer less time to market as they are easier and faster to develop as compared to native apps.

There is no need to maintain separate code bases for multiple operating systems. They are based on web-based development technologies, for which skilled developers are easily available in the market.

Two of the popular cross-platform development frameworks include Flutter and React Native. Both offer features like interactive development interface, code reusability, etc., however, some prominent differences make the Flutter framework a popular choice for hybrid app development among software developers.

While React Native is a more mature framework for high-end applications with more budget, Flutter proves as a flexible framework that has a minimum dependency on third-party tools.

Let’s discuss why you should choose Flutter over React Native for hybrid application development.

Flutter offers multiple benefits over React Native when it comes to hybrid app development. Some of these are as follows:

The main benefit of a hybrid app is that you can run it on multiple operating systems. However, React Native officially supports only Android and iOS. There are multiple React Native forks to run desktop-based cross-platform apps, but they are not maintained actively.

Flutter, on the other hand, supports a range of operating systems. These include Android, iOS, Linux, macOS, Fuchsia, and Web. Flutter plugins are available for multiple operating systems and provide comprehensive documentation to use them effectively.

Fuchsia is an open-source operating system by Google that is built on a custom kernel named zircon instead of a Linux kernel. React-Native cannot run natively on Fuchsia, whereas Flutter can function as the default application development kit on Fuchsia.

Flutter offers an extensive library of built-in tools and APIs to access native UI components. React Native, on the other hand, relies on third-party tools for UI rendering on a specific device. This may result in poor app customization and performance.

Flutter provides a tree-based data structure to render widgets, whereas React Native uses Flexbox syntax for UI designing. Flexbox styling is advanced CSS syntax, and many developers are unfamiliar with it. UI developers with knowledge of flexbox styling are hired separately to help with UI rendering.

Flutter developers can build simple flutter apps with low memory consumption and data storage capacity as compared to React Native. Such apps are required to deliver features quickly to fulfill market requirements. A huge load on the device’s memory and storage may affect the user downloads.

Flutter, on the other hand, uses a binary messaging channel for bidirectional communication between the Dart (programming language for Flutter framework) and the native code. There is no need for a middleware JavaScript engine.

Using this along with the Ahead-of-time (AOT) compilation process, Flutter offers a high-performance hybrid application on multiple operating systems. React Native apps, however, may become slow in case there are above-average native UI calls.

Flutter also offers easy integration of code into a different platform as compared to React Native. It also supports the C++ engine. Direct compilation with the device architecture gives a better performance overall.

Please also note that React Native team is working on a new react native architecture that is expected to roll out soon and fill in the performance gaps of React Native apps. Read more about it here.

React Native does not assist with the automation of app development and the deployment process. React Native developers have to go through the whole process manually. Flutter, on the other hand, provides complete documentation and command line tools to easily develop and quickly release flutter apps in the market.

Thorough testing is an important part of the app development process. A good framework has an integrated testing framework to carry out multiple tests, including unit tests, integration tests, UI tests, etc.

Flutter provides comprehensive support to carry out these test routines without any external dependency. React Native, however, has no built-in support for running tests except for unit test cases. React Native app development depends on third-party libraries and tools for full QA support.

React Native is a bit older than Flutter with a huge React community on its back. Flutter is a newer cross-platform framework with a growing developer community.

Moreover, the Dart programming language is optimized to run fast apps on multiple platforms. It helps to quickly build lightweight apps that are much better than React-Natives applications in performance as it does not depend on JavaScript runtime.

If you plan to swiftly deliver features in the user market by following automated development and release routines through well-written documentation, Flutter is the best choice for you for cross-platform app development.

Read our blog on how to build a native app using Flutter for more details on Flutter app development.

Write to us your initial project specifications via this quick form, and one of our account managers will get back to you for more details on how we can help.

Top FAQs on Flutter vs. React Native – which to choose for your development project?

1. Why should I choose Flutter over native development?

Flutter helps with code reusability. You can write one codebase and run it on multiple operating systems. This cuts down development time and costs significantly.

2. What should I choose React Native or Flutter?

If you want to release a lightweight mobile application, and UI is a core part of your software app, choose Flutter. However, if you want to make a complex app with more budget, go with React Native.

Although both frameworks are popular for cross-platform mobile app development, Flutter surpasses React Native’s popularity among developers by a small percentage (4%), according to the statistics.