JDBC vs. Hibernate: Which to Choose? 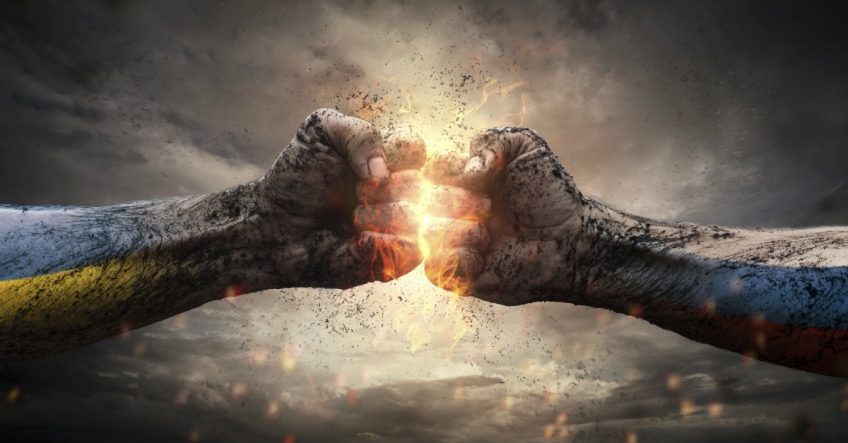 As with any two types of competing software, there is quite a debate surrounding JDBC vs. Hibernate.

A quick search on the topic will reveal quite how much opinion varies. Not only that, but new versions and updates have even seen a few developers switch sides from one to the other.

Comments such as this one, which states “I used to be a big fan of Hibernate after using it in multiple projects over multiple years. I used to believe that any project should default to hibernate. Today I am not so sure,” are far from uncommon. Source: Stackoverflow.com

So which is the better tool?

In this article, I aim to try to do a comparison between the two current versions.

Rather than trying to end the debate, my aim is to outline the difference between Hibernate and JDBC, as well as the strengths and weaknesses of both types of software. This should give developers who are not familiar with the differences the information to make the best choice for whatever project they are developing. 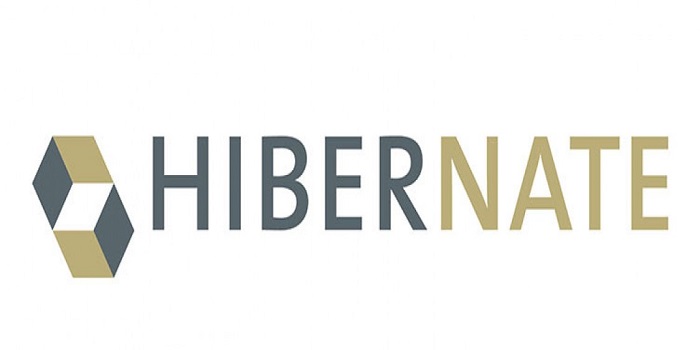 Hibernate is the object-relational mapping (ORM) tool of choice for many developers using the Java ecosystem. One of the great things about Hibernate is open source and therefore free.

I for one have always been a believer in software that was developed by passionate individuals rather than paid drones who are just doing their job.

It provides a vital framework for mapping object-oriented programming concepts to an RDBMS. According to Wikipedia “Hibernate is able to deal with object-relational impedance mismatch problems by replacing direct, persistent database accesses with high-level object handling functions.” 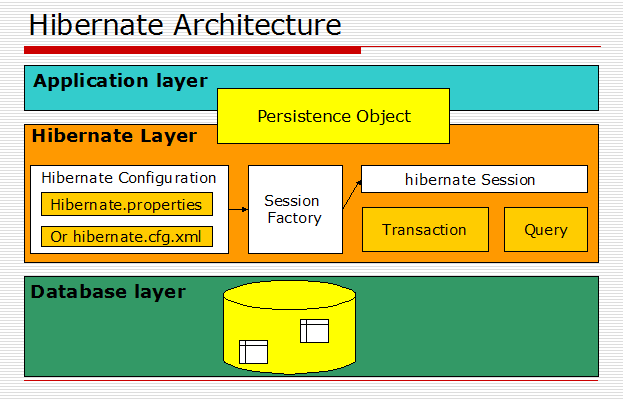 In order to allow interaction with the database, Hibernate uses the following architecture:

Hibernate connects to the database and then modifies each Hibernate Query Language statement into database-specific statements. These are then mapped to Java objects which can then be accessed and used by the Java application.

JDBC is short for Java Database Connectivity. It is an application programming interface that allows developers to create queries, access and update a regional database using Structured Query Language (SQL).

The aim of JDBC is to make an application’s interaction with RDBMS as easy as possible. JDBC relies on two different architectures to allow access to the database:

Fundamentally, the Hibernate vs. JDBC battle begins with deciding between Hibernate’s ORM and JDBC’s SQL approach.

Here are a few questions you should ask of your application requirements before you begin:

With the answers to these questions in mind, let’s take a look at the pros and cons of Hibernate and JDBC.

Reasons to consider Hibernate over JDBC

One of the main reasons developers love Hibernate is that it is a Java standard. It is a JavaEE standard implementation which makes development much easier as guidelines are clear for all to follow.

Another difference between JDBC and Hibernate lies in the fact that the latter facilitates automatic object mapping. Otherwise known as “Transparent Persistence“, this process allows Hibernate to map database tables to application objects during interaction with RDBMS.

However, JDBC requires programmers to manually write lines of code to deal with this problem. This is both time-consuming and costly.

Hibernate Query Language (HQL) is similar to SQL in that it is an object-oriented query language. However, it doesn’t operate on tables like SQL but rather uses persistent objects and their properties. In order to bridge the gap, HQL translates queries into SQL queries that can then initiate actions in the database.

Native SQL allows applications to use SQL statements with Hibernate meaning developers can choose between the two.

Differences between SQL and HQL – Summary:

The fact that Hibernate can operate using either SQL or HQL makes the better choice for most developers as it allows for more flexibility.

Since Hibernate allows for mapping between data tables and applications to be made through XML files, this makes it easy to migrate data to a new database if required.

While the process of accessing database information is vital. Equally important is how data is retained for repeated use. Caching is a key component of database performance as it helps applications reduce the time and resources spent on disk access.

Hibernate’s cache processes are set to the application workspace. After a query is made, relational tuples are moved to the cache to improve performance should the data be required for repeated use. This process, when coupled with Hibernate’s Automatic Object Mapping, makes life much easier for developers as well as increasing performance.

JDBC contains no caching mechanism. This needs to be coded separately.

Hibernate reduces the amount of repeated lines of code required when compared to JDBC. When inserting a record, for example, JDBC will require a programmer to write a statement for each column of a table. This can be quite labor intensive if the application is working with a large number of columns.

Hibernate, on the other hand, only requires an object to be saved with “persist(Object);” and doesn’t require any additional parameters.

Hibernate offers a good degree of scalability in any environment. This means that it can be used for all sizes of projects from a small scale app to one that is used by millions. Sadly, JDBC does not offer great scalability.

Database versioning is another really important tool that helps prevent changes being accidentally rolled back by other users. Hibernate allows for the recording of version types within an application. Whenever data is updated or stored, a version type and time-stamp will be recorded along with the data.

This helps prevent data overwrites from occurring as in the case when two users are trying to modify the same data set at the same time.

JDBC is not able to perform such a check. This must again be coded by the developer.

Hibernate is open source and therefore is free for anyone to use. This benefits everyone from developers to large software development companies who don’t need to pay licensing fees.

Coding a solution to this problem takes developers lots of time and effort. This inturn increases app development time as well as raises costs. It is for this reason that Hibernate can be said to be the most cost-effective solution.

Reasons to consider JDBC over Hibernate 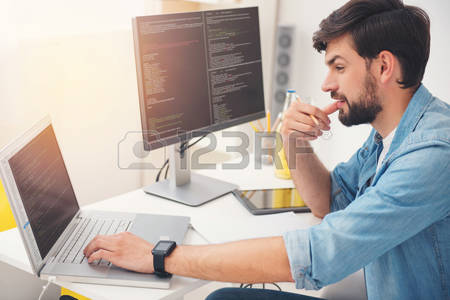 The most obvious advantage of JDBC over Hibernate is that it is much easier to learn to use. Having to spend the time learning how different software platforms function can be a real nightmare for programmers.

If a developer doesn’t understand Hibernate’s internal workings and database design then they are not going to be able to write good code.

Many developers consider Hibernate better suited for more complex applications. If an application is only going to use a straightforward database that won’t need to be migrated, then JDBC is considered the better option.

Likewise, if the application only requires data to be stored in database tables and doesn’t require objects to be mapped to two or more table versions, then JDBC is considered to be much better to use.

So in a nutshell, if the application database requirements are straightforward then JDBC is the better choice.

Hibernate’s startup performance is not the best. As is loads up, pre-caching means that it takes roughly 10 to 15 seconds for a small-sized application to load. Mapping to and from Object-to-tables also takes some time.

While this is not exactly a vast amount of time, it can add up for sophisticated projects and more than anything be frustrating. JDBC doesn’t suffer from the same lag when it comes to startup and provided tables are SQL based, is able to access/record data quickly.

Unlike hibernate, JDBC supports some types of queries.

JDBC is able to insert multiple objects (persistent data) at one into the same table as part of one single query. If a developer using Hibernate wants to incorporate this function into their application, they must code it separately.

Last but not least is technical support. JDBC is developed under the wing of the Oracle Corporation. This means that developers are able to access dedicated customer service teams who are able to help them with any query that they may have.

This support also means that there is a lot of literature online for those who need it. While it is possible for programmers to get information on Hibernate issues, they more than likely will have to post questions to a forum and wait for a reply.

While researching this article, it became apparent just how much support there was among developers for Hibernate. The fact that Hibernate is open source and developed by passionate developers might explain part of this preference.

However, after reading this article, it should be clear that Hibernate has a number of clear advantages too. Anyone developing more complex applications that require more than straightforward database interactions would be well advised to use Hibernate.

JDBC is still a great tool though, particularly if developers are working with smaller, more straightforward applications. In the end, which one you choose is really a matter of preference and whether your developers have a good background in Hibernate.