ALL ARTICLES
Home Blog Blockchain What are smart contracts in Blockchain Networks?

What are smart contracts in Blockchain Networks? 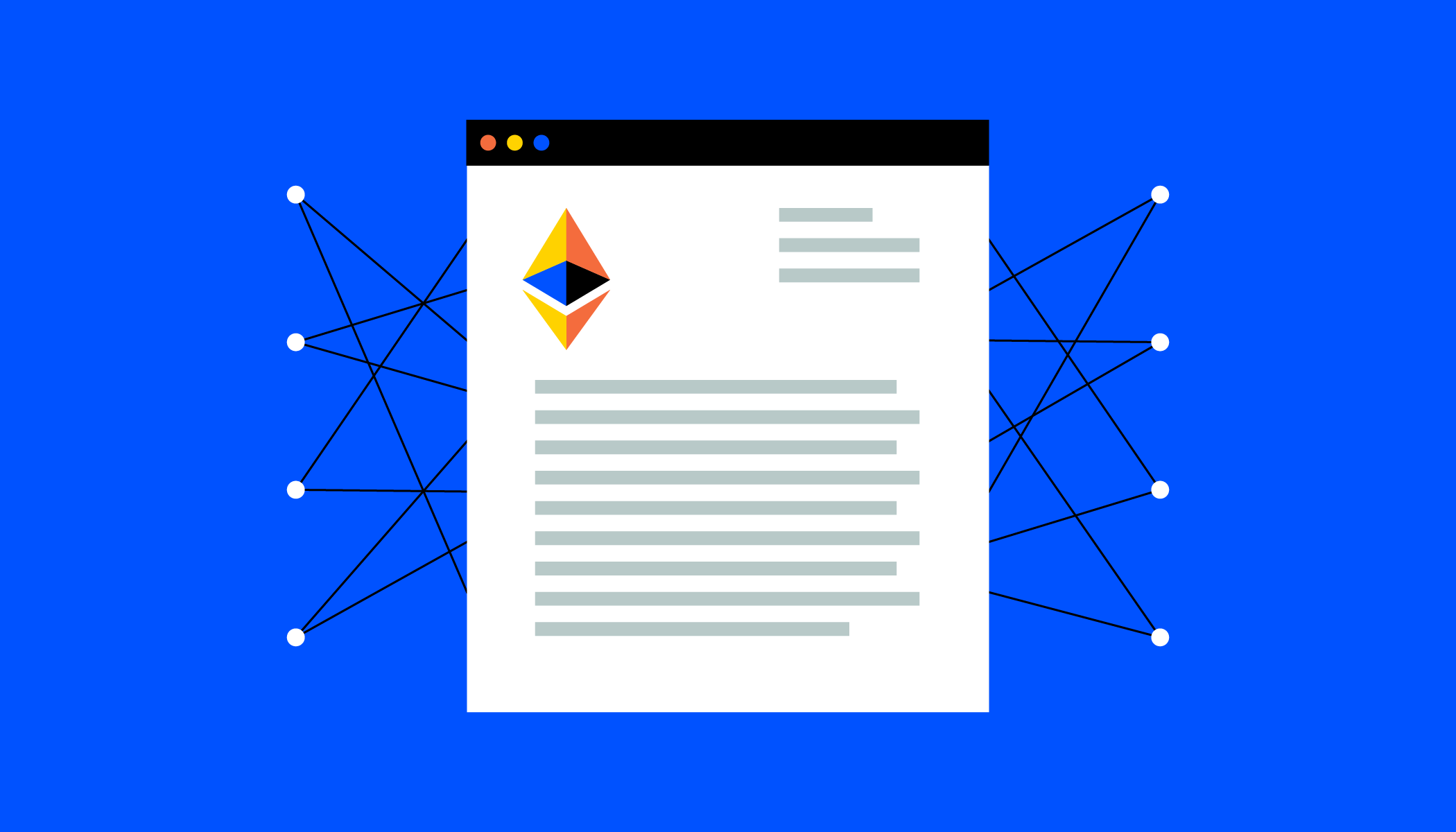 In this article, we will discuss what are smart contracts in blockchain technology. So, let’s start.

What is a smart contract in Blockchain Technology?

Smart contracts use blockchain technology to facilitate the exchange of money, property, information, or anything that people deem appropriate to initiate a smart contract.

The beauty of the decentralized nature of blockchain-based peer-to-peer transactions means that these smart contracts don‘t require anything in the way of a middleman.

Traditionally individuals or institutions such as banks and solicitors were required to facilitate legally binding contracts. Smart contracts allow individuals to bypass these costly and often slow middlemen and agree on a contract directly.

Vitalik Buterin defined a smart contract as being “a mechanism involving digital assets and two or more parties, where some or all of the parties put assets in, and assets are automatically redistributed among those parties according to a formula based on certain data that is not known at the time the contract is initiated”.

I know that among blockchain enthusiasts I am still in the minority, but I‘ve never considered cryptocurrencies anything more than a new type of payment system that will one day replace the likes of PayPal, and more importantly, expensive international payments.

There is absolutely no way that any government anywhere is going to hand over control of the money supply. The only way cryptocurrencies will become an actual currency is if they can be controlled by governments or if they facilitate payments in new markets that are themselves regulated.

The really exciting thing about the advent of cryptocurrency is blockchain technology. One of the most interesting uses to date has been the smart contract.

Smart contracts are a truly revolutionary tool. They have the potential to decentralize many of the processes that we all rely on today. The exciting thing is that they have the power to dramatically improve on existing solutions without being a direct threat to governments.

This means they can and, in my opinion, will succeed.

Everything from the free exchange of labor to automating the process that hospitals rely on to buy drugs can be made dramatically cheaper and more efficient by using smart contracts.

Smart contracts are digital contracts that allow two or more separate parties to enter into an agreement. The beauty of a smart contract is that they don‘t require any outside or third party to control transactions. This has an obvious cost and speed advantage.

Instead, smart contracts are blockchain-based and use a network of peers to process and maintain the database. For practical reasons, companies are not likely to want to pursue setting up their own network but instead rely on those already being operated by smart contract organizations like Ethereum.

These companies allow literally anyone to set up smart contracts on their network. To make money they charge ’gas” fees which are normally payable in the form of tokens. These fees relate to how much processing a particular smart contract requires. The logic is that the more complex the smart contract the more expensive it is to process.

Smart contracts can be generic (as in the case of ICO tokens) or designed from scratch to suit a company‘s particular needs. While the latter does require programmers to code the smart contract, it does allow for a huge amount of variables can be built into the final contract.

As mentioned above, smart contract technology has the potential to decentralize business processes making them more autonomous, secure, and transparent. The smart contract use cases range from supply chain management, financial procedures automation, etc. in a number of industries.

If you, as a business owner, are planning to incorporate smart contracts in blockchain and use them to streamline your business processes, it is a viable decision.

However, keep in mind, that it is an emerging technology. Smart contracts blockchain implementation will require a thorough understanding of the technology, development tools, etc.

If you think you do not have the required blockchain developers skills in your project team, we would advise you to partner with a reputed software development company.

DevTeam.Space can help you here with its expert blockchain developer community. You can get in touch by describing your smart contracts development requirements through this quick form and one of our technical managers will get back to you to discuss further blockchain project details.

1. What is a smart contract example?

2. Why does a blockchain network need a smart contract?

Blockchain-enabled smart contracts set the business conditions between identified or unknown parties as a written agreement without the need of a middleman or a central authority as compared to a traditional business model. Distributed ledger technology running smart contracts reduces the formalities and associated transaction costs.