How to convert Android to iOS user interface?

When you launch an iOS version of your Android app, switching the UI of your app from iOS to Android is imperative. This is due to the following reasons:

Converting the UI from Android to iOS: Explained 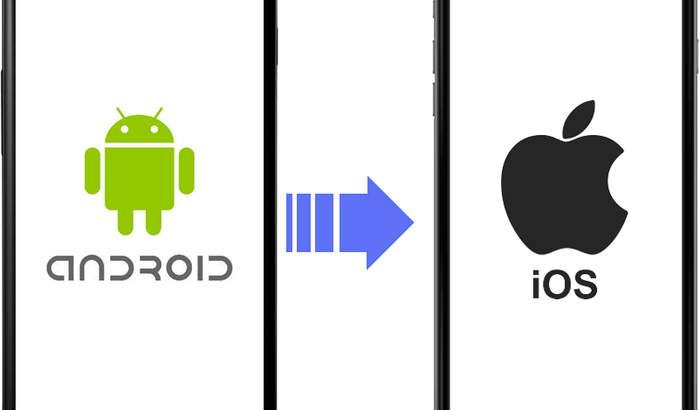 Switching the user interface design from Android to iOS is a development project that should not be taken lightly. I recommend you take the following steps:

Step #1: Prepare for, and plan your project

Good project planning and preparation are key. Focus on the following:

Step #2: Get a great team up and running!

You need people with the following skills in your team:

Before outlining the remaining steps, I will assume the follows:

Using a modern UI designing tool can help. There are quite a few options, as follows:

Adobe XD CC has a wide range of features, as follows:

There are comprehensive resources for learning the tool. Their starter pack is free, while the paid plans provide more powerful features.

Origami Studio is a free tool, and available on Mac. The tool offers the following features:

Your team can access a range of resources to learn the tool, as follows:

You are essentially creating a new UI for iOS while incorporating the features and branding information of the Android app. Visit the “Design” page on the Apple developer portal. You can get valuable inputs, as follows:

This is not an exhaustive list of areas where you can get inputs. Read more on the iOS “Human Interface Guidelines” page.

To rank high in the “Apple App Store” and retain your app users, consider following the iOS UI design best practices. Focus on the following aspects:

Step #7: Focus on the menu, icons, and colors

An effective UI design focuses adequately on the navigation menu, color schemes, and icons within the app. I recommend you consult the following resources:

You will naturally need to follow the UI conversion with the actual app conversion. There are quite a few options for this, as follows:

“Scrum” is a well-known technique to manage Agile projects. This technique supports iterative development, and the iterations are called “Sprints”. A scrum team is a cross-functional one, where developers, designers, and testers work together. The PM performs the role of a “Scrum master”.

The team works as follows:

Read our guide “How to build a Scrum development team?” for more details.

Can you avoid user interface (UI) conversion by creating a progressive web app?

You might wonder how to avoid a UI conversion effort altogether. The idea of developing a progressive web app (PWA) might appeal to you. Let’s evaluate whether this will help.

PWAs fall in between native apps and web applications. While PWAs are web apps, you can install them.

You can develop PWA using web technologies like JavaScript and Node.js

You can create the back-end using Node.js. This open-source runtime environment for JavaScript is popular. You can use many open-source Node.js development tools, and you can easily install them using the “Node Package Manager” (NPM).

I recommend you develop native Android and iOS apps.

Can you create a cross-platform app using Cordova to avoid UI conversion?

The idea of creating a cross-platform app using an open-source framework like Cordova might cross your mind. By writing the source code once, you can run the app on both Android and iOS devices.

You can avoid a UI conversion project. This approach keeps your mobile application maintenance costs down.

My recommendation: Create native apps instead of cross-platform apps based on Cordova.

Can you avoid an Android-to-iOS UI conversion project by using React Native?

You don’t necessarily have to create cross-platform apps using Cordova only. You can use React Native, a popular open-source mobile framework. Is this a better idea than native app development? Let’s evaluate.

As a result, React Native certainly offers a superior user experience than Cordova. You will essentially create a web app using Cordova. On the other hand, React Native comes closer to the look-and-feel of native apps.

There’s a vibrant developers’ community for React Native. Many developers have created useful tools. E.g., there are tools to parse JSON data in React Native. These tools help software engineers to gain productivity. There are excellent React Native tutorials too.

Programmers need to know JavaScript, HTML, and CSS to learn React Native. Many developers meet these prerequisites. It’s easy to initialize a React Native project, and you can manage dependencies easily.

React Native covers some of the gaps left by frameworks by Cordova. However, it can’t fully match the user experience, security, and performance offered by native Android or iOS apps.

My recommendation: Think from the perspective of your users and offer native apps.

Can you use Flutter to develop mobile apps that run on both Android and iOS, and can you avoid a UI conversion project?

Flutter is a relatively new technology for cross-platform development. It’s a UI toolkit created by Google.

The advantages of Flutter when developing cross-platform apps

A Google team created Flutter using Dart, a powerful programming language. You can create apps that run on mobile platforms like Android and iOS from the same codebase.

Flutter uses widgets to offer a near-native look and feel. An example is the Flutter InteractiveViewer widget.

Developers can easily install and configure Flutter. You can use the Flutter CLI (command-line interface). Programmers can run a Flutter app on an Android emulator.

Developers can use the extensive Flutter documentation, e.g., the ”docs.flutter.dev” repository. There are also use Flutter projects on GitHub.

Despite the numerous advantages of Flutter, it can’t match the performance of native Android and iOS apps. You might also find it hard to hire Flutter developers.

I recommend you develop native apps instead of using Flutter.

We discussed several alternatives to native app development. However, we can see that native apps offer the best user experience, performance, and security.

You would do well to plan your software development project well. This will help you to deliver the best user experience to both iOS and Android users. You can optimize your project budget too.

1. Use the right programming language for native Android development

You can use either Java or Kotlin for native Android development. Both are powerful programming languages. They work very well with the Android operating system, and they make excellent use of the hardware features of the mobile devices.

Android Studio, the popular IDE works with both of them. There are also useful SDKs (software development kits) for both languages.

However, you can find more Java developers than Kotlin. This reduces your hiring lead time. In turn, this keeps your project budget under control.

Note: Follow the Google Play guidelines to publish your app. You can save time by doing this, which translates to cost savings.

2. Use the right programming language for developing the native iOS app

You can use either Swift or Objective-C to develop the iOS version of your app. Both are powerful languages that offer great features.

Xcode, the well-known IDE supports both of them. Important SDKs and APIs for iOS development are available for both Swift and Objective-C.

However, Swift is a modern language. Apple prefers that developers use it for developing iOS apps. You can find more Swift developers than Objective-C since Swift is more popular.

You can reduce your hiring lead time by opting for Swift. Furthermore, review the Apple App Store submission guidelines carefully. These steps help you to control your software development costs.

If you are converting the Android UI of a complex app to iOS, you are going to have to undertake a  complex development project. I have recommended quite a few tools in this article, however, you can still expect to encounter numerous challenges, depending on the complexity of your app.

Therefore, you will need designers, developers, and PM with a high degree of experience and competency.

If you don’t have this experience, consider engaging a development partner, so that you can get professional help. If you need experienced developers then why not take a moment to let us know your project specifications via this link and we will get in touch to show you how our developers can help.

Is it possible to convert Android to iOS?

It is possible to convert an app from Android to iOS. You will need experienced developers who will be able to undertake the relevant modifications as well as a UI designer who can change the user interface to meet iOS regulations.

Why do developers choose iOS over Android?

Many developers prefer to launch an app on iOS because its users spend, on average, far more than Android users. Also, iOS has a ridged development framework and a very small number of different hardware being used on it. This makes it far easier to prevent bugs etc.

Where to find Android to iOS developers?

You can find expert Android developers in the DevTeam.Space community. All its experts have years of experience developing Android apps and are regularly retrained in the latest technological developments.