How to convert user interface from iOS to Android? 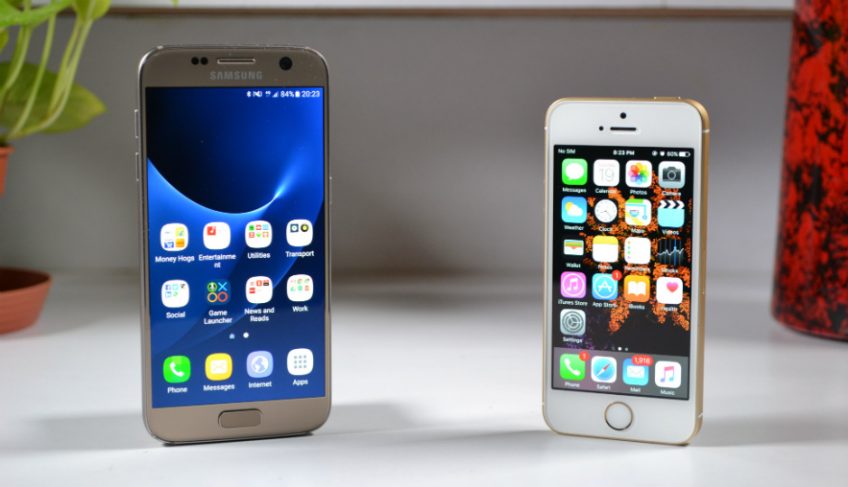 Interested in how to convert a user interface from iOS to Android?

With so many Android users, this is the smart move for all iOS apps.

According to Statcounter, the global market share is split in the following way: “Android has 82.71%, IOS has 16.98%” of all users.

Switching to Android will give your app access to huge numbers of new customers and vast new profits. Here’re a few amazing case studies of companies who hired DevTeam.Space to build their software products:

Why convert user interface from iOS to Android?
What is ’User interface‘ of a mobile app?
Why does a mobile UI matter?
iOS vs Android UI: The key differences
Consider designing for both platforms up front
Converting the iOS UI to Android for your strategic business app?

Why convert user interface from iOS to Android? 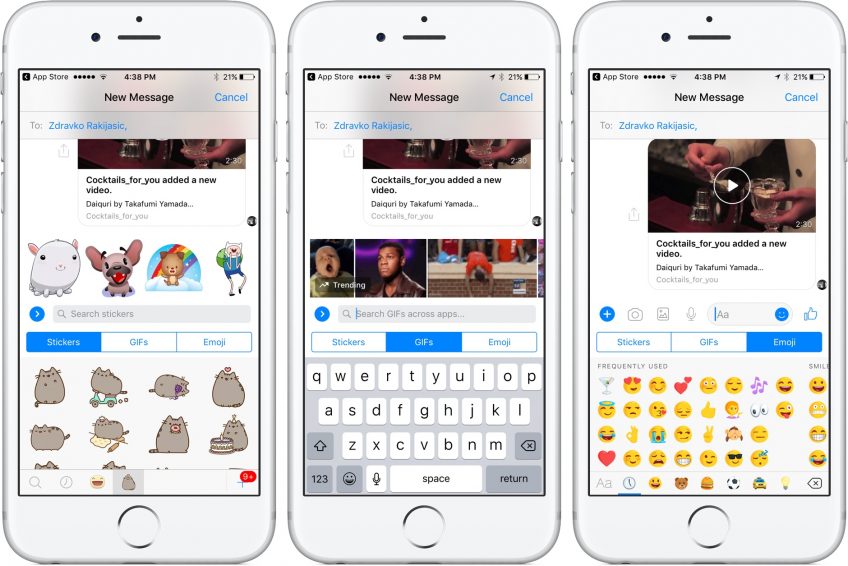 iOS and Android are the two most popular mobile operating systems (OS). Together, they commanded a totally dominating 99.9% market share of all smartphones as of Q2, 2018. However, as you no doubt know, iOS is for Apple devices only, whereas the vast majority of smartphone makers use Android.

Android has a far larger market share than iOs. As of Q2, 2018, Android had 88% global market share. In comparison, iOS had an 11.9% market share. Read more about it in this Statista report.

While Apple users do spend more than their Android counterparts, it makes perfect sense for businesses who don’t already have one to launch an Android app. But as this can be costly, it’s a better idea to convert user interface from iOS to Android.

What is ’User interface‘ of a mobile app?

The ’User interface‘ (UI) of a mobile app allows users to operate and access the app’s features. An effective UI will allow users to easily use the app and all the in-built features of the device. Today’s mobile devices are predominantly smartphones and tablets that use touch-screens.

One example of a good mobile app UI, is one that makes it easy for the app users to skip between features like camera, apps, and settings. Read more about it in “mobile UI (mobile user interface)”.

Why does a mobile UI matter?

Industry research from 2015 showed that 25% of users abandoned a mobile app after using it only once. This report found marked improvement by 2018, with this figure dropping to 21%. Read the full report in “21% of users abandon an app after one use”.

There are several reasons for users abandoning mobile apps, e.g.:

An ineffective UI is also a key reason why people abandon an app. Put simply, the mobile app UI presents the app and its features to users. A good UI will facilitate easy and effective user interactions. The design of the screen, buttons, etc. plays a key role in this process.

Read more about it in “Do you know the importance of UI/UX development?”. Cut any corners so far as the above points go, and your app will fail. 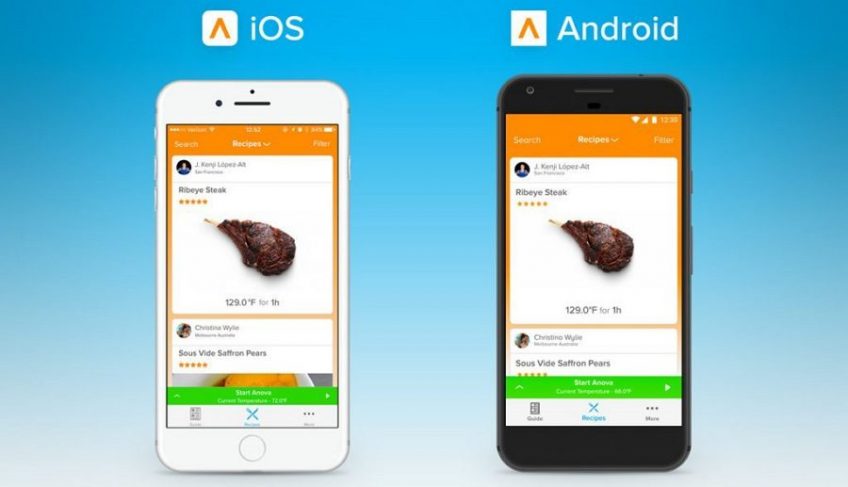 Read more about these differences in “How to convert iOS app to Android app?”.

Consider designing for both platforms up front

If your project budget and business plan permits, then I would recommend that you plan to design your app for both platforms from the very beginning! The advantages to this are as follows:

Planning to develop both from the start makes sense due to the numerous differences between the “Material Design” and “Flat Design”. Read about these differences in “Flat design vs material design, what‘s the difference?”.

How can you convert an iOS interface to Android?

Converting your user interface design from iOS to Android can be tricky. For all practical purposes, Your mindset should be that your team is about to create a UI for Android from scratch. As with all development, you need to execute a series of well-thought-out steps.

Step #1: Onboard a team to convert iOS UI to Android

You need to induct a team with the following skills:

Since you are developing a mobile app UI, you might want to use “Agile” methodology over “Waterfall”. Onboard a PM with good knowledge of project management best practices. I also assume that you are already using a reputed ’Mobile Backend as a Service‘ (MBaaS) provider, therefore, you shouldn’t need to onboarding mobile backend developers.

For the next step, you need to make sure your team knows the relevant Android UI design guidelines. The team should know both “Material Design” guidelines, and “App Quality” guidelines.

Focus on the following aspects of the material design guidelines:

The team should review the following app quality guidelines:

This is an involved project, however, using good UI design tools can make it a bit simpler. Consider using an effective Android UI design tool. There are quite a few options, e.g.:

An important part of switching your UI from iOS to Android is the design of the mobile navigation menu. The design will depend on your app’s features. Consider the following patterns:

Step #5: Use a suitable color scheme

You should align your mobile app UI color scheme with your branding style. Keeping this in mind, you can explore some popular trends in mobile app color schemes. These are as follows:

For the ease of users, you will likely choose to use icons in your Android app UI. Due to the difference in design guidelines, icons suitable for iOS may not be suitable for an Android UI.

Design your icons keeping the following best practices in mind:

You can check out our guide “How to design the perfect icon for your mobile app?” for more details.

During this project, you need to remember that certain elements vary greatly between iOS and Android. You need to make your design Android-specific. Examples of some of these variations are as follows:

Read about these additional guidelines in “A tale of two platforms: designing for both Android and iOS”.

After finalizing the design of Android UI, you can begin to convert the entire iOS app to Android. This is where our guide on converting iOs apps to Android can help.

Once again, I recommend you manage the entire project using the “Scrum” technique. It‘s a proven technique for Agile projects, where iterations are called “Sprints”.

A “Scrum team” is a cross-functional team where designers, developers, testers, etc. work together. The project manager or PM leads the team as the “Scrum master”. The product owner provides the requirements in a document called the “Product backlog”. The team estimates the requirements, and slots them into sprints according to their priority, during the sprint planning meeting.

During the execution of the sprint, the team conducts a “Daily stand-up meeting” to discussed project status. Project stakeholders review the demonstrable features in a “Sprint review meeting”, and approve the sprint only after all the features are complete and working.

There is also a session on the lessons learned after the sprint ends, which is called “Sprint retrospective meeting”. Read our guide “How to build a Scrum development team?” to understand this in more detail.

Converting the iOS UI to Android for your strategic business app

The conversion of the user interface is a critical piece in your move from iOS to Android. If you are doing this project for any monetized or business app, then you can‘t take chances. Therefore, you should always have a skilled team that includes competent end-to-end project management.

Onboarding highly-skilled UX/UI designers can be hard since these skills are in high demand. Such projects call for professional help, therefore, consider engaging a development partner.

Use our guide “How to find the best software development company?” to ensure you get the right one. Best of luck!

Can you transfer apps from iOS to Android?

It is possible to transfer apps from iOS to Android with the right tools and developers. You need to take the utmost care because any errors will result in bugs and performance issues.

How can I convert iOS to Android?

If you don’t have the experience to do this then onboard managed developers to do it for you. This is especially true for larger and more complex apps.

Where to find iOS to Android developers?

The DevTeam.Space community has plenty of experience converting iOS apps to Android. You only need to send them a project specification and you will be matched with the most suitable ones.